Hi, I had a lower right lobe lobectomy 8 years ago for Adenocarcinoma , I actually had 3 ops in 6 weeks (Firstly a wedge ressection, then the lobectomy and 2 weeks after that a further op due to an internal haemorrhage after the lobectomy which went on to cause a very serious infection) Recovery was slow, but successful and I thankfully am now 8 yrs with NAD. The problem I have is that I still get very breathless on quite mild exertion. It actually hurts and I just can't get a deep breath. The same if I bend or get down to reach something I just can't find the air to push myself up again. My husband thinks it's because my lung is stretched and thinner so air capacity is less. I am also Asthmatic, which doesn't help, but at times the breathlessness is worrying and stopping me even do quite minor things eg: today I sat down to wrap some presents, but because I had to keep leaning over I became very out of breath. Thank you for any advice or ideas. 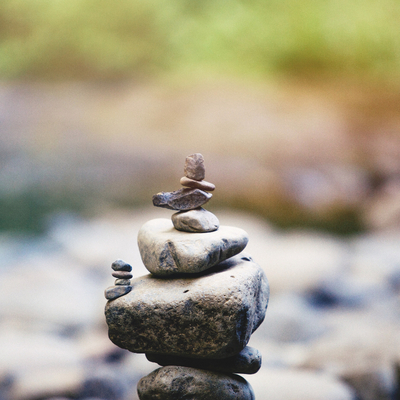 rammie6
To view profiles and participate in discussions please or .
Read more about...
8 Replies
•

Congratulations on reaching that 8 year milestone. I’m grateful to read that they caught it early enough that you could have the surgery. You’ve been through so much and that says a lot about your personal strength.

When they removed that lobe you lost at least 20% of your breathing capacity. The rest of your lung has to work harder to make up for it. The thing that helped me most in my recovery was pulmonary rehabilitation. It is not standard of care here in the US so I had to request it. They weren’t going to authorize it but decided to do a pulmonary function test to establish a post treatment baseline and get it prescribed.

Is pulmonary rehab an option for you in the UK? They taught me how to get the most out of each breath and strategies to manage activities. Bending over cuts down on the ability of the diaphragm to expand and contract the lung. Essentially it’s blocked from being able to expand to bring air in and to push used air out.

Thank you..apparently pulmonary rehabilitation is available in the UK , but it says a lot that I've never heard of it! I will make some enquiries and hope this covid goes away as I'm too scared to go far at the moment. All the best x

Understandable. Too risky to go out. I doubt that anyone will offer pulmonary rehab until much covid danger is past.

Well done on 8 years since your op. For me it was 9 years in January since my lobectomy for adenocarcinoma diagnosis. Your breathing should have recovered. However breathlessness can be due to other reasons unrelated to your lung surgery. I still get winded if I bend and gardening is something I've only recently attempted again but still have that sensation on occasions. I was told after (and before) surgery to be as active as I could as my recovery was up to me and if I kept active, the lung would redevelop and increase in size but be thinner in surface like a balloon. If I was inactive, the lung would not develop well. I went onto swim much further (by a considerable way in terms of hours constant swimming and distance throughout the years) than ever before and I'd swum regularly since 1990. However in the last few years I've had a number of chest infections and each one has resulted in increased breathlessness that has lasted. Last year I was put into hospital isolation with a respiratory virus and the breathlessness continued for months. I also had heart issues and realised my inhaler had been changed to a different one (Fostair) whilst in hospital and I'd taken it twice a day for several months. I read the leaflet and saw heart problems/breathlessness were a side effect. I saw my GP and advised I'd stop taking it (still had Ventolin if needed) until I saw my respiratory consultant 3 weeks later. He agreed. Respiratory consultant put me back on Symbicort and heart issues improved and breathlessness. I underwent a lot of tests and finally diagnosed as ILO (sometimes called VCD vocal cord dysfunction) as my breathing has become dysfunctional. It's suspected due to infections, number of bronchoscopies I've had that my breathing pattern has become distorted, meaning the mix of oxygen and carbon dioxide is now wrong resulting in tiredness, pins and needles in fingers, and using too much effort to breath in upper chest instead of stomach/lungs. I have worked continuously since surgery but was finding even carrying a handbag was a huge effort never mind a briefcase or wheelie overnight bag. I was having respiratory physio at a specialist centre (took months for the appointment to come through) with a physio and speech and language therapist - now on hold due to covid 19. However using some of the techniques I've been walking for an hour most days and breathing improved (also better quality air at the moment) Breathlessness whilst we often assume is respiratory caused can often be something else (e.g. heart) so do get checked by your GP. Asthma can be controlled so you can always ask your GP for support on that which includes pulmonary rehabilitation sometimes by a community based team. good luck.

Thank you, it's interesting because I'm on Fostair and my GO upped that and took me off Ventolin because he said THAT caused heart problems.. I do already have angina so I will take your advice and call my GP as initially I worked hard and my lung expanded well, but this breathlessness is unpleasant and I also have the tingling . Thank you.x

There are many types of inhaler that have the same function as Fostair but for some reason there was a real push in places to get people on that - I've never felt so weak and breathless in the last decade and thought hard about what had really changed since the virus I had and then a lightbulb about the changed inhaler. The chest X-ray taken last March (virus was in January) showed my heart was 'enlarged' so sent for an echocardiogram. When I saw the respiratory consultant he said many people struggle on some inhalers. I googled 'fostair' and found many similar experiences to those I was having once I'd wondered if that could be contributing and read the side effect leaflet. Hadn't bothered beforehand as assumed it was similar to Symbicort that I'd been on previously. I know they vary in cost so there is often pressure to reduce prescription spend by the health system.

Ventolin serves a different purpose - as I still carry that around as a reliever but haven't used it in almost a year. The Symbicort I take every morning as a preventer along with montelukast tablet every night.

hope you can see if your GP will change it - it took a few weeks to see a difference but it has really improved. I've been walking every day and distances that even 6 months ago would have been impossible. We went away last Easter (2019) to the Lakes and I could barely walk 15 paces.... I've also carried two bags of shopping back from the shop - again difficult earlier this year after another chest infection in January. hope you get sorted soon.

I'm on the montelukast as well, but my GP who has now walked out and disappeared said that if my symptoms worsened I was to double up the fostair and NOT take ventolin at all as I already have angina. Like you I never read the leaflets , which is daft really. I am really appreciative of you sharing your experiences and I will contact my new GP on mon, although I've never even met him yet. Thank you so much and do keep in touch. Stay safe , Carolyn x

Fostair is in a family of agents called Long acting Beta agonists (LABA) and the active ingredient in Fostair is beclometason dipropionate whereas Symbicort that I was prescribed previously (by the respiratory consultant at the hospital) has the active ingredient of budesonide. As most drugs that pass through clinical trials before licence are usually trialled on people who do not have multiple conditions or parts of their lung removed, the side effect ratios may affect us differently. Even having had a chest infection this January, I did not have the same level of extreme breathlessness that I had in 2019 for most of the year as it had been about 5 months before I wondered if the inhaler was part of the problem. As with many medications (blood pressure, for heart or diabetes etc) there are different products so hope your GP will change it once he's heard of your experience. The GP said the breathlessness was due to my LC condition until I reminded him I'd had the surgery 8 years previously and not been anywhere near as bad even immediately after surgery and that it had since been proved clinically that I do not have asthma but bronchial hypersensitivity. That's why I prefer to see the respiratory consultant who is a specialist and knows my history. good luck.

I am 5 weeks post right lung lobectomy and still getting out of breath . Has anyone else experience...

sessions of radiotherapy. Since radiotherapy I am very breathless worse than when I had my lung...

not need further treatment and was very lucky. We were obviously very releaved. However, today we...

back home after surgery

manage to get something down even a piece of toast i am rushing to the toilet my bowels are very...

Pembrolizumanb for 2 years in December. I am doing very well on it and have been stable all the...