Not diagnosed with FND yet, but my guess is I will be soon. I've had everything else ruled out and my tremors are increasing, right sided limp, head twitching, hand and foot burn, etc... They also say one test that helps diagnose FND is whether your movements with compromised muscles get better when you move another at the same time....mine totally do. I find myself always wanting to move. I walk miles a day as my full body shakes when I stand still. Symptoms came on fast, sometimes go away for a few days or hours, and come back just as quickly.

Here's my question. Past Trauma does seem to be at the root for many people with FND... it is for me. Is anyone talking about MDMA Therapy for treating the condition? It is currently being used for PTSD patients and having extremely positive results. It essentially allows people to revisit their trauma (physical, emotional, etc..) but from a safe place, and allows the body to process and release the stored trauma. It will be FDA-approved by 2023. If in fact, past trauma is a key player, this seems like it deserves discussion. 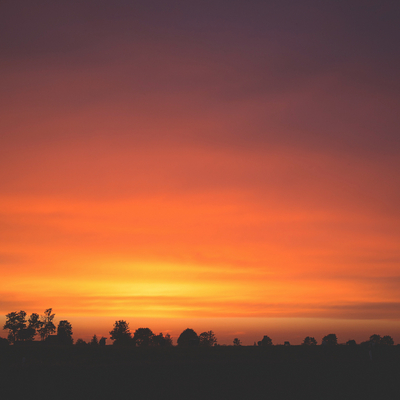 seamuspg
To view profiles and participate in discussions please or .
4 Replies
•

I revisit my trauma every time I need medical attention from the hospital and the doctors make sure of that ....I didnt have trauma until I was diagnosed and now any treatment I need for existing validated and tested with results evidenced issues are seen as FND and only recently my son removed me from hospital care as the doctor refused treatment for spasms in the oesophagus and laryngeal which had the consequences of not being able to take on my regular meds or food or fluids. This went on to have the consequence of my bladder giving up due to dehydration and anything my bladder did produce ran blood red. The doctors allowed chest wall dystonia to run recurrently but refused to treat the underlying issue which was swelling in the gullet and this was not only a trigger for the dystonia but then declined into all of the above. My GP now sees hospital as too high risk living with a dystonia which is now very much affected with the FND diagnosis which has no reported symptoms from me....no evidenced or reported symptoms from the doctor who gave me this diagnosis other than my issues are so complex there must be FND in there!!!! It has further caused so many meetings with senior management who at every time has supported the diagnosis of dystonia which must be looked after as the complications of generalised dystonia are potentially fatal...in short its a mess for me...and a great expense to the NHS which will go on until someone does something to get this FND crap off my records. I recognise its a very real issue for so many people but its just something that has been added to an already full plate with no complaints of symptoms from me and no evidenced symptoms from the doctor responsible.

My final 24 hours in the ward I went to sleep Friday night and woke up thinking or it was meant to be Saturday morning and I was going home...that was 6 weeks ago and I still have no recollection of the Saturday at all as I woke up Saturday night and got so distressed at this the nurse had a doctor come to see me...Just to be clear what I needed was an antihistamine tablet to take down the swelling in my gullet so effectively for the need of this tablet I could have died and not even being monitored by the usual machines no one would know i was dead until the next nurse round to take BP etc...

My GP gave me an antibiotic for a throat and UTI issue....told me the confusion and possible unconsciousness was or would possibly be down to dehydration or lack of oxygen which was the reason the Ed admitted me...my thyroid was re evaluated and the level of meds which were increased recently has now been reduced to the old level. The oxygen level is being put down to long covid which I have had for some time. I now have a stronger and lower heart rate but the breathlessness will be with me for a while yet. When I got home I took the antihistamine between the gum and cheek as I by then had zero swallow and slowly over a 2 hour period was able to take on fluids and meds as required. I have now been on a fluid only diet for 5 weeks going into 6 weeks as my gullet due to the damage done still wont take solid food. It is beyond miserable and frustrating as I blame myself for not getting myself out of there at the point at which treatment was denied me and so it goes on...

Mic67 in reply to eviedotty

Thats awful to read. Wishing you all the best.

You've really been through alot. To put you down as fnd ?!?! They need to sort everything out.. not put everything under an umbrella. Too many times this is happening. I feel the same. Much love x

I'm interested in MDMA for trauma and micro-dosing Psilocybin for depression. That said, no I don't believe FND is down to trauma but that is a convenient bit of gaslighting by medics. Can stress exacerbate illness, yes all of them. But the idea that what happened when I was 10 caused my legs to stop working properly at 48 is weapons grade BS. Just my opinion of course. LOL

first post, you'll know that I haven't been 'diagnosed' with FND. Yet. But in all likelihood, I'm...

their legs? I've been diagnosed with FND but I'm not convinced as it was diagnosed after a ten...

and depressed when my body starts to shut down. My emotions don’t affect how my body feels, it’s...

.I have fnd,nead and arthritis,I live with my 3 boys as my daughter (the oldest ) has moved out and...

years ago I was diagnosed with dementia with Lewy bodies, recently this was changed to FND, and I...