Hoarse voice: Does anyone get a hoarse... - Functional Neurol...

Does anyone get a hoarse voice that sounds like darth vada breathing? When I had severe migraine they looked at my vocal chords to find one was paralysed, but they didn't do anything. It reduced with the migraines, but is coming back with the fnd symptoms.

It is not worrying because I was told my breathing could not be stopped by this. It's just another, transient weird thing. 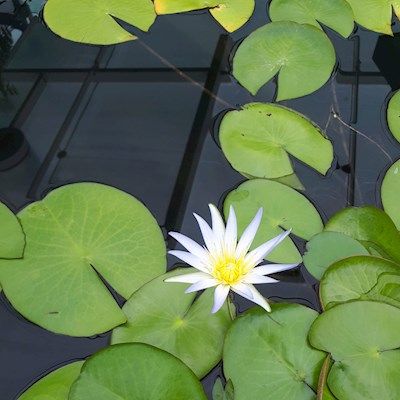 Jazymay
To view profiles and participate in discussions please or .
13 Replies
•

My voice goes hoarse when I have been exerting myself. If I do not pace myself I will go hoarse and then only be able to whisper. It is just one of the many ways my voice is affected. Even without exertion there are times when I can only whisper. I sometimes stutter and stammer. Very frequently I spew babel that sounds like a foreign language but is not. Frequently, if I try to talk in a normal voice "babel" is all that will come out. However if I whisper I can carry on a conversation. Being hoarse comes and goes without reason.

That is interesting. There have been a couple of occasions where I have stammered, but I have never had a stammer normally. I was very embarrassed and stopped talking!

I wonder if Babel is when you get words mixed up. I put words together, like cook dinner becomes cinner. Or I move letters like open door becomes dopen or. Is this what you are experiencing?

What I call babel is more like Pentecostal "speaking in tongues". Keep in mind, I am not Pentecostal and I have never been in a "spiritually heightened state"! Some have compared my babel to channeling. It is not like I am trying to say something but my brain is. My family has accepted it as one of my quirks

It really sounds like a foreign language with voice fluctuations and inflections and body language. Every now and then singing in babel happens! I just chuckle and shake my head. Most often it sounds Native American. Occasionally it sounds demonic like on the Exorcist. I came close to having holy water thrown on me once!

Wow, that is amazing. Pity about the holy water incident, but I guess it's a story you can tell!

It's wonderful that your family and friends accept it. That must have been a shock when it started.

Have you seen a doc about it? And what did they say?

Any medical professional I have spoken with just files under peculiar.

The FND specialists at NIH just accepted is as "The voice can be affected". No major concerns from anybody.

Amazing. How complicated the symptom can be, but I guess the brain is a complicated organ!!!

I've had a hoarse voice as if I'd been having a cold, but I think it was caused by FND.

Jazymay in reply to pickleweed

Yes, like laryngitis or something. Well this is very interesting. Thanks for your reply pickleweed.

i dont get a hoarse voice but my breathing does make a sound that often comes with me having symptoms like a siezure myclonic or tonic. Sometimes when i have a black out spell too

I am sorry you have seizure type symptoms. It is interesting how these symptoms overlap no matter what type of function is affected.

Yes I get it when I've done too much. I also cough when I do too much - always a give away when I've sneakily tried something stupid while my husband's back is turned.

Migraine could be running in the background as well as FND. I don't get the headaches but I do get flickering in the dark and if I close my eyes I see a sort of white veil at the top of my visual field and sometimes dark flickering lines. Be careful with migraine as it increases the risk of sleep apnea. Bare this in mind if you are having symptoms in your sleep (which we aren't supposed to get, but some of us do).

I always sleep with a mouth guard in now since I woke up not breathing - very scary. I have problems in the day occasionally too (or I did before taking B2). I never had myself down as a jaw clencher, but I must have been doing it in my sleep as the trigeminal numbness has almost gone now.

All this due to our signals getting crossed and straying, xx

Jazymay in reply to thinkin

That is an interesting point you made about the migraines. I no longer get the pain very often either, but I still get everything else. Nausea, then stiff spine and neck, and need to sleep (But can't always sleep). I also have blue flashes every day. Just here and there, but noticeable. They used to be my sign of migraine coming.

I also feel I have "background migraine" running half the time. But it does not surprise me because migraine and fnd are both malfunctioning nervous system problems. Just like you say.

allergy's and hay fever can attack ear nose throat chest thinning airways and will attack vocal cords. this could be option x

Having been a minor migraine sufferer since my teenage years they are now hemiplegic, severe and at...

their other suspicion, hemiplegic migraine, I was told it was FND and that with a lot of PT I could...

Terrified of the dentist now due to seizures

as seizures leave me completely paralysed and unable to speak. Does anyone have any tips or advice...

question - do any/many of you suffer with FND related breathing issues?

I've had FND for coming on 2 years now. Happened from a severe head injury. The...