I'm John and I am new to this forum. I have a rare blood cancer (essential thrombocythemia) which causes elevated platelet levels and increased risk of thrombosis. Last year I had a suspected TIA (no evidence of residual brain damage on MRI scans).

I am following a BHF course on FutureLearn called "IT STARTS WITH YOUR HEART: UNDERSTANDING HEART AND CIRCULATORY DISEASES BRITISH HEART FOUNDATION" and was alarmed to see the statement that-

which scared the living daylights out of me! Can anyone add anything to this statement? Is it applicable to all types of stroke / TIAs?

I would really appreciate some guidance on this 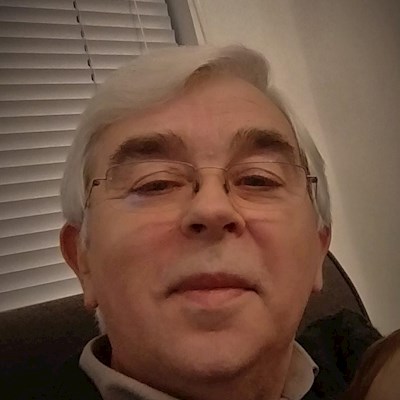 Ovingite
To view profiles and participate in discussions please or .
7 Replies
•

I don't think that's true tbh, I had my first stroke in 2012 and have had two more since that I'm aware of. Apparently my Mri's show over 30 strokes that I've no knowledge of and also read that my condition would lead to dementia, so had a conversation with my GP about it. He thinks there is no way to tell if someone will develop dementia until they develop it. I certainly have no memory issues at all so I'm certainly not going to worry about things that are unlikely to happen.

Although as we all live longer then more of the aging population are likely to go on to develop dementia so the figures would be skewed by old people having strokes and developing dementia.

Ovingite in reply to Tucson

Thanks Tucson. That's really helpful and much appreciated

Vennie in reply to Ovingite

Hi, I have Et (Jak2+) too, and have also had two CVA's, and I worried about vascular dementia. My memory is not so good nowadays but I put it down to age (69), previous episodes , the chemo drug I am on, all of which have an impact. The thing is, we actually can't do much about it all except to get the body in peak a condition as we can through quality nutrition, exercise to keep the blood flowing and oxygenating the body ( I live in a highly polluted area), good sleep pattern, and remove stress ( I practice mindfulness and meditate, and get out of the rat-race as often as I can! I'm hoping the old bod does the rest and keeps any demons at bay, it's the best I can hope for.

I agree with Tucson. Ive had several strokes too...do not worry about things out of your control and try to keep your mind active doing brain involved things at least daily: crosswords, seek and find, etc. Be well, hugs, Cindy

Thanks Cindy. It's reassuring to hear different perspectives.

Apologies, ive had TIAs and strokes in the past, last stroke in 2015 at 53 years of age. I believe ive still got all my faculties and i would venture to say my husband agrees with me. Youre life will be what you make it. If you tap on my picture it will lead you to my story. be well and try not to fret about it🥴 Cindy

Hi, My Consultant said to me that I have Vascular Dementia and that it was caused by 100s of T I As, he showed me the scan and explained the about the dark shaded areas and they cannot stop them and lacuna strokes along with them lol,We keep on marching on.

TIA or not TIA that is the question!!!

sort of mini stroke or TIA as my symptoms are not slurred speach, drooping face, etc. TIA symptoms...

visible evidence by consultants have said that based on my symptoms it is recognised as a TIA. The...

and was mini stroke but seems I've had them a while now. Should I be referred to a stroke clinic?...

they had had a TIA and a Stroke.( so i would suggest to disagree with a...

TIA I didn't know I was having one

I suffered a TIA in November of 2015. I had no idea I was even having a problem. My husband and I...