Is it possible to have no physical symptoms but have neurologic symptoms? I don't have bradykinesia or balance problems or freezing. I take rytary daily. I spend hours jogging or using a treadmill in bad weather. I use a motorcycle to get around. How can I convince others that my mind still works normally?

I saw a movement specialist for several weeks of big-and-wide exercises. Then she said I don't have a problem and don't need to come back unless new problems develop. Then one doctor said I have executive function problems. Then another doctor said I shouldn't be driving. So now my wife keeps my keys and refuses to let me drive. Hence the motorcycle. I keep the motor bike keys hidden from her.

I do not believe I have the problems 2 out of 3 docs say I have. After so many medical problems over the past 2 years I go into a Fugue State whenever I see a doctor. I think that's why I failed the mental exams. I'm ready to try illegal drugs just to see whether they'd get me over the Fugue state. 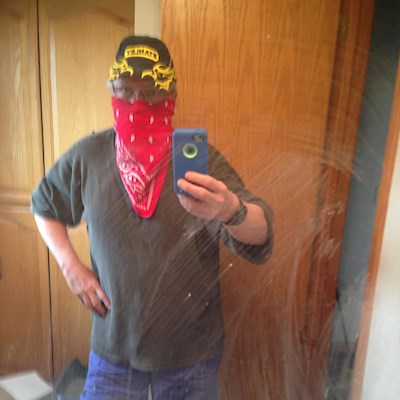 kaypeeoh
To view profiles and participate in discussions please or .
Read more about...
11 Replies
•

Two months ago you posted that you have had problems with falling and that you tilt forward. This is a very common Parkinson’s symptom. In the initial stages of Parkinson’s there may be no freezing or balance problems. The It took four years before bradykinesia kicked in to a noticeable degree and it was 10 years before I had any freezing or balance issues. You have asked the community the same question several times and have yet to get the answer you are looking for. Hiding the keys from your wife is not a reasonable behavior and taking out a vehicle endangers you and others (you could hit a pedestrian or cause a car to swerve) and the fact that you are sneaking out definitely calls into question your cognitive function.

Despe in reply to Juliegrace

Do you still drive? Your answer could be more tactful, Julie. Same goes for kevowpd.

It's a safety issue. He has had the answer in more tactful form on several occasions.

Are you confident when you drive? Does the traffic cause you anxiety/stress? No doctor told my husband not to drive. He is driving just fine and at times, he reacts just like always did before PD. He doesn't like to drive long distances (more than 45 min) though, but he gets around town with no problems. Having said that, make sure you feel that you can still drive like you used to. It all depends on how you feel when you drive. Ask your wife to be there with you so she can be the judge. That's what I am doing, but a lot of times hubby drives to his medical appointments and groceries stores without me.

This is reckless and dangerous advice.

As you will likely discover in due course, those in cognitive decline are generally not in a position to make the assessments that you have asked KPO to make. Following advice like yours is how people end up in fatal car wrecks when the unexpected occurs on the road.

What your husband is currently doing is not at all relevant, given you have shared that "No doctor told my husband not to drive". Isn't it obvious the circumstances are different?

Finally, he has shared his wife's view on the matter already, numerous times and including in this very thread.

Will you be driving on illegal drugs next ? Please listen to your wife.

Hello, it sounds like this is a question of safety first, though also a question of autonomy ... if you say you have not passed the mental exams as of late, then it sounds like you are not always feeling clear-headed ... Driving a vehicle takes constant concentration, though. And I've heard of neurological symptoms manifesting before, or more strongly than, physical ones. If it were your spouse who was in a similar position, I think you yourself would want them to be cautious and agree to be a passenger from now on instead of the driver? Are you able to maybe take Uber or public transit? I somehow get the sense you don't want to rely on family to drive you around and want to go about on your own schedule as usual. Are there alternatives? Do you really enjoy driving? If so, is there another enjoyable activity you can take on? Best wishes

Thanks for the replies, although I don't agree with most of them. Three years ago I had emboli surgery for multiple tumors in my liver. Then I had a DVT. Then I had an MRI that diagnosed MS. Then I had 100% obstruction of the LAD, the largest coronary artery. Then the diagnosis of PD. Then a Heglund's deformity in my ankle. Then diagnosed with hypertension. It's frustrating that I can't convince some doctors that I'm okay. I think some have their own agenda; If I injure someone while driving the doctors worry they'd be sued.

I'm ordering the Vielight. If I feel it helps me then I'll demand another neurologic exam.

If all fails I'll just leave. Doctors in Wyoming, Colorado and Utah examined me and never mentioned neurologic impairment.

Moondaughter in reply to kaypeeoh

Well be careful my HWP had less physical symptoms and more cognitive or psychological. Could not sustain effort to stay on task or meet new challenges at work. Twice misdiagonsed with NOT having PD , only when I took him to a psychiatrist did the bright young man tell us the movement specialist was lazy to attribute problems to poor sleep and suggested we get a Dtscan asap. Scan provided the clear diagnosis and we are working towards a good med and fitness protocol.

Sometimes with a disease like PD your ability in your mind to still be able to do certain things (my husband wants to ski) and actually ability are skewed. You don't want to hurt yourself or anyone else. My husband struggles with his schedule, his energy envelope is shorter, but he still overschedules for his current ability.

I got a clean bill of health for my colon and don't have to go back in for colonoscopy for 10...

Elderberry syrup - has anyone taken it? Did it affect your PD symptoms?

therapies for help with symptoms / side effects of PD . What have we tried and did it have any...