Not sure if this has been covered in here, I searched and didn't see it. Here is a quote from the study: "We found that home supine sleep position was independently associated with neurodegenerative disease disorders. Our findings warrant further investigation, particularly in light of the recent evidence suggesting that sleep may an active role in the brain’s ability to clear CNS neurotoxins and metabolites. " (Supine is sleeping on your back)

Also this: "The frequency of supine sleep >2 h/night was significantly greater in the NDD than in the NC group (p < 0.001, odds ratio = 3.7), and remained significant after controlling for age, sex, snoring, and obstructive sleep apnea diagnosis (p = 0.01). There were no group differences in nocturnal mobility i.e., number of head position changes/h." 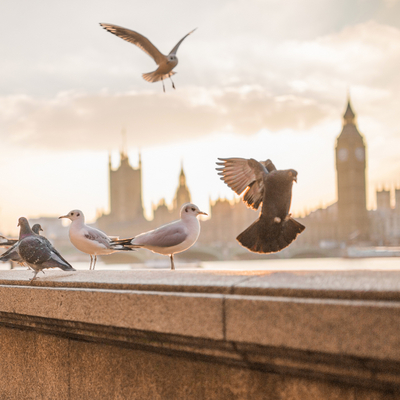 Fabnus
To view profiles and participate in discussions please or .
15 Replies
•

Very interesting study, but they only included 3 subjects with Parkinson’s disease (PD) and 2 with dementia with Lewy bodies (DLB), which is an awfully small sample. Moreover they did not report out these patients' results separately from the more numerous Alzheimer's subjects. So there is no way to tell if this actually applies to Parkinson's.

This is very interesting! Sad, but interesting. I have suffered from severe obstructive sleep apnea for over 20 years. Refused to wear a CPAP (I'd just rip it off in my sleep) and said ahh, it'll be alright

But two years ago I started sleeping on my side to breath easier and I've gone from 225 lbs to 165 lbs so MAYBE those toxins will start clearing now.

You do have to wonder though if a symptom of NDD is sleeping on your back.

If I try to sleep on my back I feel like my head is under pressure and my brain is pressing on the inside of my forehead and back of my eyes. So I sleep in my right side. My left side feels wrong too.

I dont know what people are reading into this study but I’m unclear whether the implication is sleeping on your back can maybe cause NDD. ??

nedim in reply to Hikoi

Thank you. My husband was telling me just the other day that he thought sleeping on the back was better than stomach sleeping. I told him Ray Peat had said something about the organs aligning more normally with prone/stomach sleep.

I read the study and then went to this other study which shed a little light too:

All very interesting. Thanks a lot.

It could be that while sleeping on your back you are more likely to have sleep apnea, which is a risk factor for PD right? But it could also be that your brain clears toxic waste better when you are sleeping on your side. There is at least some evidence of this. *test was performed on rodents

I’ve also seen comments on sleeping on an incline bed. Does anyone have experience with this? I’m a back sleeper and can’t make it for very long on my side. Anyone have advice on how to sleep more comfortably on my side?

I use a pillow in front of me which helps to support.

"Sleeping in the lateral, or side position, as compared to sleeping on one's back or stomach, may more effectively remove brain waste and prove to be an important practice to help reduce the chances of developing Alzheimer's, Parkinson's and other neurological diseases, according to researchers at Stony Brook University."

"It is interesting that the lateral sleep position is already the most popular in human and most animals -- even in the wild -- and it appears that we have adapted the lateral sleep position to most efficiently clear our brain of the metabolic waste products that built up while we are awake," says Dr. Nedergaard. "The study therefore adds further support to the concept that sleep subserves a distinct biological function of sleep and that is to 'clean up' the mess that accumulates while we are awake. Many types of dementia are linked to sleep disturbances, including difficulties in falling asleep."

NB: The underlying research was based on the study of rats.

Rats, I'm afraid, do not sleep as humans. Their sleep is said to be polyphasic vs ours, chiefly monophasic. The chemistry of their sleep hormones might therefore be very different, even more if they take Levodopa as their masters.

Stanford neuroscientist Andrew Huberman says sleeping on your side is best for brain-waste clearance. Added with, he says, your feet slightly elevated, as well. 😕

It's been a few months since I heard him say it in one of his (excellent) podcasts--maybe in the Sleep episode: youtube.com/watch?v=nm1TxQj...

Then I tweaked a few of my daily sleep and food timing habits as a result. (He's big on Time Restricted Eating and gives tons of scientific proof behind the benefits of TRE.)

But on the topic of sleep and brain health, he spoke of the "serious" dangers of obstructive sleep apnea (OSA)--besides affecting the quality and quantity of sleep:

Even without apnea, the book reminded me of the importance of nasal breathing (vs mouth breathing) while sleeping.

Mouth breathing, among other things, can partially obstruct breathing--probably more likely when lying on your back. And THAT could lead to brain hypoxia (inadequate oxygen supply at the tissue level).

Yep, that surgical tape I put on my mouth before bedtime looks silly, but if it benefits my brain, well...

How many know that H2, hydrogen water has positive effects for those with Parkinsons? I didn't know.

tolerated, and a significant improvement in total UPDRS scores for patients in the H₂-water group...

study, PS128 was used as adjunct treatment for a group of twenty-five PD patients for three months....