'Could All the Experts Be Wrong About Par... - Cure Parkinson's 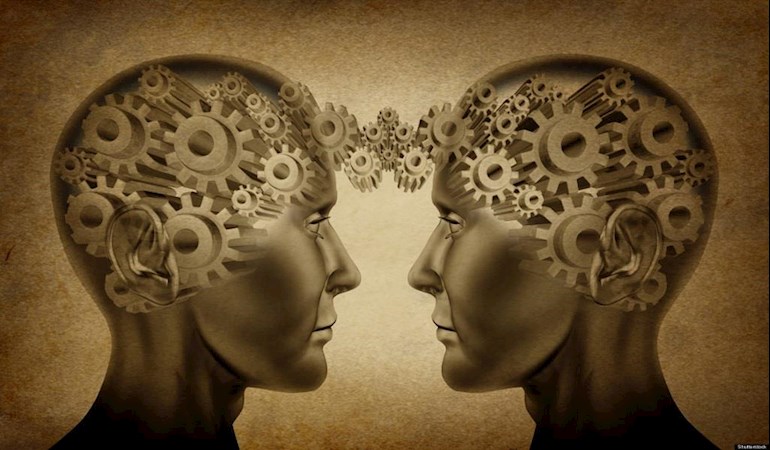 "There is already more than enough dopamine inside the cells. In some ways, using dopaminergic therapies is akin to whipping a tired horse; it helps for a few strides but doesn't affect long-term results."

"Four laboratory studies report that blocking production of dopamine within these brain cells improves cell function and keeps them alive. Such data in the context of this new observation of increased intracellular dopamine establish a new therapeutic path – one that reduces the average level of dopamine in the nerve cells, while preserving the cells' ability to synthesize dopamine when needed."

*"This approach can be tested now by using the drug metyrosine to partially block the synthesis of dopamine within the nerve cells."

"We've lived in the dopaminergic era since the 1970s and that has allowed for millions of people with Parkinson's to feel some improvement in their symptoms. But the disease worsens inexorably. It's time to test a new approach, one based on firm science as highlighted by this groundbreaking publication. The clinical trial to assess the potential impact of blocking dopamine could start this year." Source: prnewswire.com/news-release...

"Four laboratory studies report that blocking production of dopamine within these brain cells improves cell function and keeps them alive. Such data in the context of this new observation of increased intracellular dopamine establish a new therapeutic path – one that reduces the average level of dopamine in the nerve cells, while preserving the cells' ability to synthesize dopamine when needed."

finally some studies that respect cellular life and its intelligence, a right context!

Thanks for the info. GioCas!

I remember when the experts treated stomach ulcers with bland porridge instead of getting rid of the offending bacteria.

Expert : A guy from out of town, that you pay, who has read a book on a certan subject.

"This approach can be tested now by using the drug metyrosine to partially block the synthesis of dopamine within the nerve cells."

Now, according to drug information, Metyrosine inhibits tyrosine hydroxylase, so the question is - should we avoid supplementing l-tyrosine?

Interesting question which I believe to be valid. I was just screened for a unrelated trial and they wanted to make sure that my L-tyrosine consumption did not exceed 500mg.

That is good to know! Would you mind to share what trial you were screened for ?

Neuraly. I opted to not do it not bc of Neuraly but bc the site I would be going to is being run by a very nice but failing man who thought it was 2025. I thought he was joking. He wasn't. That's one of many examples as to why I chose not to put my health in his hands. So alas, no trial participation for me at this time. Are you going to avoid L-tyrosine?

I would like to avoid tyrosine, but I am using DopaBoost which contains 375 mg/capsule of N-acetyl-l-tyrosine and still have 2 bottles which I would hate to waste.Also, I am not sure how N-acetyl-l-tyrosine differ from tyrosine hydroxylase mentioned in the article. Hope someone can shed light on that, or I will have to find time to dig up some information.

“Tyrosine hydroxylase is the rate-limiting enzyme of catecholamine biosynthesis; it uses tetrahydrobiopterin and molecular oxygen to convert tyrosine to DOPA. Its amino terminal 150 amino acids comprise a domain whose structure is involved in regulating the enzyme's activity.”

So if metyrosine inhibits tyrosine hydroxylase this would mean tyrosine builds up? So then you wouldn’t want to take it but I assume if you aren’t inhibiting the enzyme you need it to make dopa?

The way I understand it - metyrosine partially blocks the synthesis of dopamine by inhibiting tyrosine hydroxylase (TH) and I am not sure what inhibition of TH mean - does it make tyrosine to build up or the synthesis of it slows down - for some reason I believe it's the latest. And if that's the case supplementing with tyrosine would be counterproductive as it's already contained in many food products and also can be synthesized in the body from phenylalanine.

cclemonade in reply to Despe

Despe, do you mean that once starting Dopamine it is very heard to be weaned off of it? I forget, your hubby is on a mixture of C/L and mucuna? I'm only on suppliments including L-tyrosine but I will re-research L-tyrosine. I'm treading slowly with the dopamine. I am thinking of trying just a little mucuna but it is early on for me as my symptoms are still very mild and I wouldn't know what was going on (and certainly my doctor would not either) if it werent for my father having PD. I started L-tyrosine as a baby step but maybe I should not have.

Despe in reply to cclemonade

Yes, that's what I mean. Once one starts pharmaceuticals, eventually wants to increase his/her dose to get the same result (reading comments and searching). Yes, my husband takes a combination of Sinemet and MP. So far it's working fine.

LAJ12345 in reply to cclemonade

Restore gold has tyrosine in it and they reckon that they have had people in early stages completely in remission I think. Check out the reviews. And tyrosine is an amino acid found in food and is required for your body to make dopamine so you do need it. But not necessary in a supplement if you get enough in food?

I was taking a product by PURE called Focus Plus prior to consulting with Dr Mischley. She recommended stopping that supplement. It containedGreen tea 120mgVit B6 10mg

Why don’t to try sodium butyrate?

It feeds the gut that increases energy and absorption.

Microbiota regulates balance and the health of the body.

Rhyothemis in reply to Somic67

Thanks for sharing this, PDC. It's very intriguing. Here is some interesting background information from Dr. Sackner-Bernstein.

I thought this was really interesting Jim, thank you.

"However, studies show that the individual neurons vital for our ability to move any muscle are producing near-normal amounts of dopamine even in the end stages of PD."

The report is about surplus dopamine. The stuff produced by ipsc grafts. It is not talking about levadopa, the chemical which is converted into dopamine. Not "synthetic" levadopa. Not "natural" levadopa (macuna). (they are of course the same thing)

Jim, pdc, how does this theory impact stem cells as a treatment option?

Great question. I'm not sure if I am excited or sad about this, but I continue to wonder if much of what we "know" about Parkinson’s Disease is simply wrong...

It seems to be a viable approach. Any info on dosing??

Thank you for the news, PDConscience.

It seems to me one more twist in the loop in which modern Neurology has been trapped for decades: more and more complexity and less and less concrete results to improve the daily life of patients.

This is a perception of the Parkinson's world. But it is what I receive in a chat of about 3,500 patients and relatives from all over the world.

I see more and more a strong contradiction between the official image and the reality, a hard reality: the life of most of the patients is not less hard than 30 or 40 years ago from 4-5 years after the diagnosis...

Cholesterol is not so useful anymore since the Huang studies in 2011 and in 2019. Even less so since the 2017 PURE study.

I am not convinced by new horses to exhaust in the next few years.

Sorry to be or sound cynical. But as Bradesen and Perlmutter say in their book on Alzheimer's, after so many years of failed results we have a right to be angry. Stop treating the smoke, we want someone to treat the fire (of the mitochondria).

Everything goes on as if Knekt, Suzuki, Fullard, had not published on vitamin D in Parkinson's or as if Coimbra had not formulated his "protocol" with very high doses of vitamin D and B2.

Or as if Christine, Schaffner or McCaster had not published anything on vitamin B12.

Measuring intracellular dopamine level and so on? Another unicorn quest for the next 20 years?

We are out of time. We want solutions now in this Parkinson's "enterprise" much more costly than the "Manhattan" project for the atomic bomb in World War II or the Apollo XI program to put a man on the moon.

Somic67 in reply to parkinsonshereandnow

I’ve the strong suspect that is a matter of wrong dose of levodopa since the very beginning. Ayurveda used mucuna - without carbidopa - with much lower doses of levodopa (from 1/20 to 1/50) for 100s years without any of the long term side effects known by western medicine (but since it doesn’t cure the disease I would call it that way) plus other plants to rebalance the system messed up by too much levodopa

I worry about the old adage. "if it looks too good to be true, it probably is"I worry about perlmutter being cited in support. Mostly I worry about not even rats, mice, or monkeys this time. And then...

Jonathan Sackner-Bernstein is sole inventor on a patent filing for use of tyrosine hydroxylase inhibitors as therapy for Parkinson’s disease.

Drop Foot and Parkinson's - is there a link?

foot (caused by nerve damage in right leg) or possibly something arising from Parkinson's. He...

j Fox had Parkinson's way before me, I think . He has been a great advocate for Parkinson's but, I...

age. It is particularly strong in dopamine cells where it damages cell membranes and mitochondria....

Where are the husband carers?