Maybe There is a Reason For Propofol's E... - Cure Parkinson's

I have written several times before about a fascinating conversation I had with my previous gastroenterologist. We were discussing the pros and cons of getting a Colonoscopy since I had turned 50. I was resistant. However, the good doctor trying to incentivize me talked about how 100% of her patients with Parkinson's, reported complete remission of symptoms after the procedure. For some, it lasted weeks, and for some it lasted months. She speculated that the mystery agent must be profofol as some patients even forgot for some time that they had Parkinson's while in the recovery room. It a turned out that her own mom had Parkinson's and therefore she was up to speed with the latest in Parkinson's disease treatment at that time.

Fast forward. I came across this article below and other articles that reference the same source and interpret the research for the laypeople that we are. There are other post hospitalized reports also that directly implicate propofol. Enjoy the reads below , don't get your hopes too high and do rush to schedule your next Colonoscopy 👍😂😅🤓

neurosciencenews.com/anesth... Escape FroOblivion: How the Brain Reboots After Deep Anesthesia 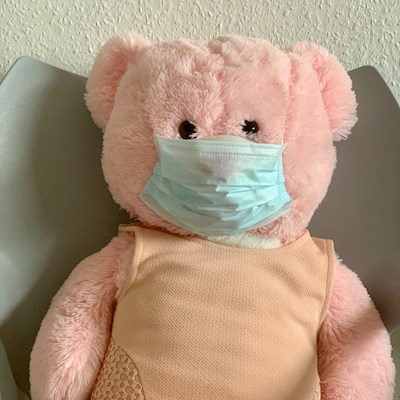 pdpatient
To view profiles and participate in discussions please or .
Read more about...
15 Replies
•

Quantum evolution."The function of the brain hemispheres areas is supported by a highly complex non-linear coherent system, comprising many billions interaction possibilities between thalamus and cortex and between cortical areas"

Source: Dr Jeanmonod (Focussed Ultrasound Therapy for PwP) in "Consciousness, a Riddle and a Key in Neuroscience and Spirituality, 2011.

Hi Marc, are you asking me or @resano? I don't get the. detailed comment-response information that is provided on the desktop browser on the iPhone. So it's not easy to tell.

pdpatient in reply to Grumpy77

LoL, Grumpy 😂, I know right! I am locked into the iPhone ecosystem, with its flaws and everything else that is good about it.

That good man -may his soul rest in peace, is long gone and yet the mountain of cash that he somehow conjured up continues to rise and he cannot touch even one penny. I am willing to bet my soul that he would happily trade every last penny that he would ever make into perpetuity in exchange for trading places with any one of us, however bad or "grumpy" we might be feeling.

How's that for perspective? Have a great Parkinsonian day 👌👍.

By your response, I thought by that one line I wrote, I had cracked the funniest joke on HU for the day, apparently 😕. But as fate would have it... it so happens that I'm NOT psychic... so you mentioned "desktop" and there's no way I will know that you know it works well on Android platform as well 😉

pdpatient in reply to Grumpy77

Grumpy, my friend, you are right, I have not a clue if the app works better on Android. Maybe, I came across differently. Let me clarify.

I took the opportunity instead to say that with all the money in the world, Steve Jobs in his grave could not and cannot do a thing. I speculated that Jobs would be willing to trade places with any one of us, tremors, freezing and the works in exchange for "his money". I was trying to both be funny and inspiring at the same time by comparing his fate to ours and trying to say that our lives are not as miserable and hopeless as we think.

All of this because I said "desktop computer" and "iPhone" and you said "Android". LoL ~ laughing out loud.

And get an up to date IPhone software on your phone, because you can't keep asking... "is that comment for me or someone else" 🤕🤕😄(Just joking, keep your phone, we can always tell you when you ask 😉)

A lot of pwp report diminished symptoms after having their colon cleaned out due to antibiotics or colonoscope - so it may be due to that rather than propofol.

By the way, malabsorption and such issues led me to adopt Mannitol.outthinkingparkinsons.com/a...

Loved the idea of a (pandemic-like) "Great Reset" further to anaesthesia.

Maybe There is a Reason For Propofol's Effectiveness

must be profofol as some patients even forgot for some time that they had Parkinson's while in the...

Is ELDEPRYL the reason for my PD not getting vorse the last 15 years?

the card Parkinson's disease, I am so blessed to belong to a very rare group of PD patients where...

The Effect of Curcumin on Idiopathic Parkinson Disease: A Clinical and Skin Biopsy Study

https://www.youtube.com/watch?v=PREj-qcA4Es Approx. quotes from MJF: \\"Biomarkers to treat it...
•
19 Replies

A MIRACLE or maybe not