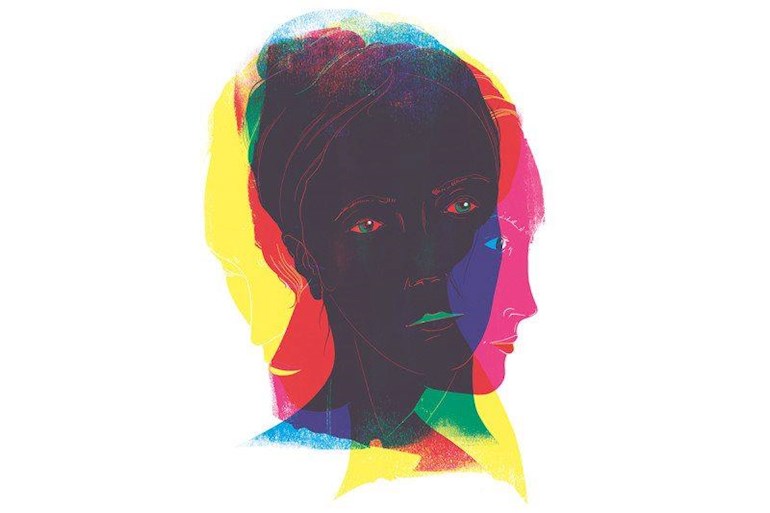 The idea that a disease could cause even modest changes in who we are makes many of us uncomfortable. However, there is no question that the brain is changing because of Parkinson’s.

A Link Between Personality Type and Risk for Parkinson's Disease?

How an article intended for popular consumption can mischaracterize a result. I took a look at just one of your references. That was as much as I cared to investigate:

A Link Between Personality Type and Risk for Parkinson's Disease?

"Current levels of neuroticism (odds ratio [OR], 1.05) and harm avoidance (OR, 1.07) were higher among patients with Parkinson’s disease than among controls. "

These are extremely weak odds ratios and were not statistically significant. Here is what the actual study had to say:

None of the occupational temperament or interest factors required, expected, or exhibited by workers were related to statistically significantly higher odds of having PD per unit increase in scores,"

Sorry, but this looks like another less than helpful way to "blame the victim". I'm interested in ways of getting us PWP's out of trouble. I don't have time or energy to wallow in this type of muck.

I am a firm believer that personality type predisposes us to not only Parkinson's but also Tension Myoneural Syndrome, which is a disease of chronic pain and illnesses brought on by repressed emotions. I believe this to be true because i am going through this myself, and as i undergo excavating subconscious issues through journaling techniques described by Nicole Sachs LCSW, I am simultaneously healing my Parkinson's disease symptoms. I offer much detail in my last post and i updated it the other day. In my update, i documented how i was working at my job under an extremely stressful situation yet miraculously, i noticed, i had no tremor, no anxiety, no symptoms at all. In fact i felt a rush of dopamine that was unmistakable. And i had even missed my evening dose. The lack of symptoms i experienced that evening continued throughout the next day and the next, which is today.

My personality profile is this -

Helpful, caretaker, pleaser,need to be perfect, need to be good, need to be liked, nice guy, need to not show weakness or inadequacy.

What i am learning is that the deep rooted issues that form this personality type causes subconscious fear. Fear, even when you cant consciously feel it, still causes your body to release cortisol and adrenaline, the fight or flight hormones, and that, dear friends, manifests physically as Parkinsonism. This is consistent with the material at pdrecovery.org. Although they don't word it in quite the same way.

I can say for sure that not all cases of pd are of the same origin. As we all know, the causes vary from toxins to genetics, to trauma and stress. And probably many more things than that. But for me, it has always been a mystery until now that i started treating myself for TMS and got a miracle along with it. If you have an open mind i urge you to explore this further.

Kia thank you for bringing up this topic. You always fire me up, in a good way!

So interesting. I watched the video you posted the other day. So it really does work?

So you tell us you got rid of symptoms without medication?

Kia17 in reply to bassofspades

Thank you for sharing your story.

I think you are right!

You should look into it and give it a try!!

I will see if I can convince him to do it but unfortunately another trait is the reluctance to try anything new and the lack of motivation! He does do a daily gratefulness journal though of a couple of lines but that tends to be rather repetitive.

He needs to journal about everything in his life that makes him furious. Brutal truth. From childhood to present. Its the subconscious rage that is the source.

Ok I will suggest it. I think I will ask him to watch her video clips first . I don’t think he will read any books on it as he has refused to show any interest in reading anything to do with self help, the brain. Diet, Parkinson’s etc. I might suggest he swaps the daily gratefulness diary for the throw away rage journal! That way it doesn’t take much more time. Although time is what he has a lot of to fill.

Apathy? Its a sad thing for all

pad10 in reply to bassofspades

Does Nicole Sachs talk about journaling in her book 'The Meaning of Truth'? is it similar to what Dr Sarno advocates?

bassofspades in reply to pad10

Her book gets more specific on journal methods. And it's easier to understand but I think you need dr Sarno's book too.

pad10 in reply to bassofspades

Great...tnks...i just watched one of her videos and it was great. cant wait to learn about journal speak. will be watching more. I was wondering which book you read of Sarno's.

bassofspades in reply to pad10

I read The Divided Mind by dr Sarno. Its not as easy a read as The Meaning of Truth by Nicole Sachs but it explains why it works. Nicole was actually a patient of dr Sarno's and became a colleague.

Journalspeak is a really powerful tool. You will feel it soon!

Thia51 in reply to bassofspades

I want to thank you for your post re: Nicole Sachs' work & Dr Sarno. I started journalspeak last week and have noticed a difference in my mood and physical well being. So grateful!

bassofspades in reply to Thia51

Thia, glad you found it helpful!

I fit perfect to that personality.I tried all the time to do things perfect and I avoided risks; also I kept a steady schedule.

Why dont you look into these methods then? Couldn't hurt

My husband also fits this type. I find it interesting that an unusually strong aversion to cigarettes is common. He hated cigarettes from a young age and has always found it impossible to continue eating a meal if he notices any cigarette butts in the vicinity or anyone smoking. He had this trait from a child which seems to me must have been before the disease so which causes which?

According to my reading, the personality traits are a result of repressed subconscious fears and so are the symptoms. They are deep in the unconscious part of the mind, so therefore you do not consciously think of them. But your brain and brain stem know that they are there.

Very interesting Bass ! Did you buy the book or can someone learn enough from the videos? Have you stopped all meds?Thanks ! Connie

Buy 2 books. The Divided mind by dr John Sarno and The Meaning of Truth by Nicole Sachs LCSW. Read them in that order. The videos tie it together nicely.

I still take thiamine and my amino acids. Im still too chicken to give them up just yet

Thank you Bass, I appreciate the information !! I’m happy for you that you’re feeling so good! You’re brave, definitely not a chicken! You’ve helped me and many others ! 😊

Connie my good friend, you need to try!

I think you’re right!! I do fit the profile, interesting stuff! Thanks good friend !😊

Yes, he does talk of his dad leaving his mum when he was 8. He went to a park one day and his mum went to the toilets and he circled the building making sure there was only one exit as he was terrified she was going to leave him too. I think there may be lots buried there!

I hate smoking ,too.

The world's first most-complete biography was about a character who took major risks early in his life and became risk averse later. He wrote about his emotions during his challenges. He, possibly, was the world's first case of described Parkinson's disease (based on a forensic literature review). Google "King David, Parkinson's First Hero"

I have a million dollar question;

Does the Parkinson’s disease lead PwPD to form a special personality or our personality traits made us to get PD?

bassofspades in reply to Kia17

Like i said, According to my reading, the personality traits are a result of repressed subconscious fears and so are the symptoms. They are deep in the unconscious part of the mind, so therefore you do not consciously think of them. But your brain and brain stem know that they are there. The pd symptoms are your subconscious fear releasing cortisol and adrenaline, shutting down the dopamine system, inducing a state of fight or flight. One does not cause the other, they are both caused by subconscious fears or rage or worry.

Although not every case of pd will be of this causation. There are, as we discussed, numerous other causes

Despe in reply to bassofspades

You have just described my husband's personality traits! Actually, he had a hormone test and his cortisol was way high!! He suppressed all his fears for many years. . .I believe I once wrote about psychosomatic PD.

bassofspades in reply to Despe

I stand corrected on my earlier negative comment on this post. If someone can delve into early childhood personality development and come up with a key to turning off the Cortisol and letting the dopamine flow, that would be extremely valuable. I’m not going to do it but if someone else can that’s great for them. Meanwhile as Winston Churchhill said, “I’ve had to eat my words many times and found the diet very nourishing”.

I believe it was Winston Churchill who also said, if you're going through he'll, keep going! Meaning the way out is through.

It would be interesting if everyone left a comment on what was a sign or cause of pd. I had weird reaction to anesthesia. All 3 surgeries during recovery and for up to a week later. My whole body would go into a spasm. My back would arch back as soon as I would open an eye. Dr's n nurses would ask, why are you doing that? Anyone else? Also I got optical migraines. Plus I also had frozen shoulder for a month but physical therapy helped. I wonder if using toxic cleaning products like bleach, thinner, ammonia etc. I also had lots of trauma n drama in my life. I'm now 68 just diagnosed, but raging quickly through my body because of the traumatic news. I can't control my rage n terror. I refuse to accept it. Unfortunately not a good thing for me.

that article is a link to a long scientific article with all the source material.

learn about your disease.

Shortness of breath, a 'wearing-off' symptom in Parkinson's disease.

The 2nd FUS PTT procedure and me.