Good morning all! I was looking up reasons as to why my heart races after I take even an eighth of a teaspoon of l-dopa powder which is actually Mucuna. I usually take 3 1/8 of a teaspoon of L tyrosine powder because a lot of the times the Mucuna has a tendency to make me nauseous or vomit. I came across this article and although it’s three years old it still seems so prevalent and makes so much sense to me. Any comments or feedback would be greatly appreciated. Thanks! 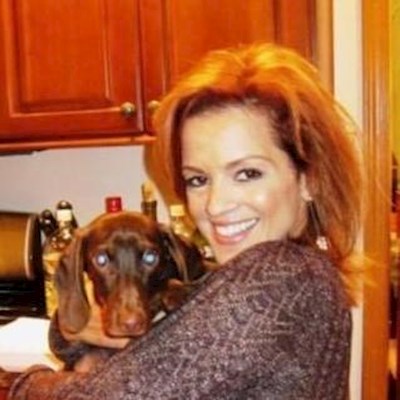 MissRita
To view profiles and participate in discussions please or .
Read more about...
12 Replies
•

It would seem you are taking a version of Mucuna that is really an extract with concentrated levodopa. I suggest trying unconcentrated Mucuna Pruriens powder. You will have to take a larger amount, but at least the nausea is much less likely.

Here is one I have tried. It seemed to be OK -no complaints (but currently I am just taking carbidopa levodopa ER)

OK great thanks for that. I have not been on any actual prescriptions for the tremors as I’m just really unsure as to how prescribed LD will react to my body and my brain. I really just want to save the brain as much as I can.

You need not fear levodopa whether from Mucuna or prescription medication.

If at some point you do decide to try prescription levodopa meds, I recommend using a time-release version.

Ok great, thanks so much!

PB has covered this, but what you are taking is not mucuna. It is a 100% ldopa supplement. You are very likely ingesting far more ldopa through this method than you would if you were taking prescription CL (which would also likely cure the nausea issue).

Alternatively, pursue actual mucuna, but it will be a fair bit of work (finding a good product and eating loads of it).

Thanks so much. Whatever it takes I’ll do it

i used to use mucuna , it gives me heart palps as well. i also have a ffriend and same thing happened to him.

MissRita in reply to beehive23

Interesting! I wonder why?

beehive23 in reply to MissRita

Understanding the neurologic control of the cardiac system

One of the systems controlled by the ANS is cardiac regulation. Blood pressure sensors, known as baroreceptors, reside in the heart as well as in the carotid artery, the major artery in the neck. If the baroreceptors sense a change in the blood pressure, a signal is sent to particular areas in the brain. From there, the autonomic nervous system sends signals to the heart to control heart rate and cardiac output. Signals are also sent to the blood vessels to change the size of their diameter, thereby regulating blood pressure.

MissRita in reply to beehive23

Thanks for the information. I’m still kind of confused as to what Mucuna does to the cardiac system. I’m just curious if it is the actual being itself or something within the being that makes the heart race.

I notice that they are described as Mucuna and not Mucuna Pruriens. Does anybody know if there's a...

Is it OK to take Mucuna ALONG WITH Sinemet?

off/down Carbidopa-Levodopa in order to use the Mucuna Pruriens I ordered for him and am reordering...

Why did adding carbidopa to mucuna make me sick?

would make it more effective. I had some that my neurologist prescribed when I was trying to take...

Is anyone just taking mucuna pruriens seed powder and no other synthetic L-dopa medicine? If so how...