Decided to be reckless on my first 28min run this morning. Tried a different and unfamiliar route in very pretty countryside with narrow footpaths and a nature reserve. It was a real change from my usual more sedate park runs. No one around, very muddy, uneven ground, tree routes, etc. Did a lot of bouncing from one side of the footpath to the other to avoid mud and other hazards. Nearly fell when I tripped on a branch. Mud on my legs. Got lost and ended up a long way from where I had planned to be, so did loads of walking as well as the run. I absolutely loved it! It felt like an adventure. It was rugged and a bit dangerous. I loved being alone in this beautiful place and didn't want to stop running, my legs just wanted to keep going. I carried on for a minute or two finally forcing myself to stop. So I think I've done my 30mins already. I was thinking I might like cross country running if that still exists. Anyway set me up for the day in an excellent mood! 👌 😆🥳 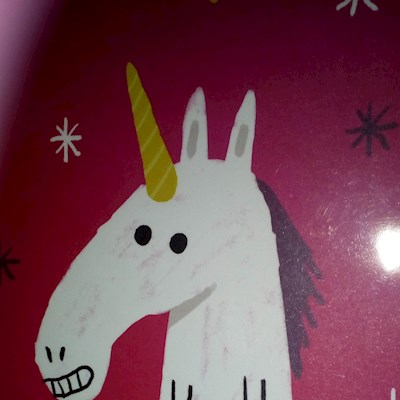 CressidaB
Graduate
To view profiles and participate in discussions please or .
24 Replies
•

This is fantastic & definitely a metaphor for life in there somewhere! You’re officially a runner & only 1 week left to go! I can’t wait to feel like this! 💫

Hey, your only 8 minutes away from me, not a long time at all. Thanks 😊👍

Oh gosh! That extra 8 mins will kill though I can tell! 😫

It was great. Thanks Instructor57 😁👍

An exploring run. Always a good thing to do. How exciting! Is there a running group near you that you can join? Parkrun is fun too. Well done.

Thanks Baddie, I will have to look in to that. This is a whole new world 😁👍

Well done for your run, especially as dodging trees and roots makes it harder.

I must admit, I hated cross country running at school (along with everyone else). The teacher never seemed to get suspicious of the number of notes from our parents excusing us from PE on those days (all forged of course).

I am still not a great fan of getting muddy, but loved running in the woods. My aim is to get some dark coloured trail running shoes so that I don't get my nice pink road ones dirty (but still try to avoid the puddles

I foolishly agreed to doing a mud run with my husbands bosses wife some time ago. I said no problem but I wanted to be capable of running 5K confidently before doing so. At the time I was convinced I would never manage 5K so in my mind it was not going to happen. Now that I run over 5K every day and think nothing of it I am now really worried that next time I see her she is going to hold me to my promise. Of course my husband has kept his boss fully informed of my progress bless him, so I have no excuses.

Thanks GottaImprove. Oh dear, sounds like you've run out of excuses. Maybe you need another fake note from mum!! I hated cross country running at school too. How did they manage to make it so miserable and unpleasant? Unfortunately our games teachers seemed to spot a fake note at 50 metres. As a punishment I was once made to run round the school field holding out a medicine ball by a games teacher with a sadistic streak. It's a wonder I can pull on those trainers at all without having an attack of the vapours!!!! 😁👍

I think we became experts on fake notes. My friend even added a contact telephone number on the note supposedly from her mum "in case there were any queries"!!On the one time the teacher did phone the number from her own mobile she received the answerphone message from my friends mum saying she could not take the call at the moment but would return the call when she could.

Once the PE lesson was underway and the teacher fully occupied, my friend took her mums old phone from her bag, turned it on, rang the number back and hung up immediately, then sent a text confirming the note was genuine.

My friend had been given her mums old phone with strict instructions that it should only be used for emergencies, in her eyes, getting out of PE was an emergency. There was a good reason she never changed her mums original answerphone message.

Clever! 😁👍 Mobile phones hadn't been invented when I was at school!!

The Nokia phones were just becoming the main item on our wish lists. The lucky ones had one, other like me, had to wait until my parents had been convinced they were not just a passing phase.

Cross country most definitely still exists... most run clubs enter tournaments and are constantly looking for runners of all abilities to sign up to them in my experience.

Welcome to the trails! I often play a Sepultura track in the car on the way home from one “Roots Bloody Roots.” The song may not be most people’s cup of tea, but all trail runners who run in woodlands have uttered its title from time to time!

Great job out there... enjoy closing this plan out

Ha very funny, like that 😁👍 And thanks for the info, sounds interesting.

It’s an eye opener, isn’t it, when you realise you can go off-piste and do your own thing. I’ve only done it a few times but I’m getting more confident and love it.

Yes, it does open your mind to how varied and exciting running can be 😁👍

Sounds like an exciting and motivating run! Good for you! I think cross country running would be wonderful and very liberating! 🏃‍♀️💪😁

CressidaBGraduate in reply to Couchpotato101

Thanks Couchpotato101. Was exciting but had sore ankle since. 😫 Getting better I think!

I love trail running too 😊 I feel total engaged, mentally and physically, in the run. It’s fun too! Well done on your 28/30 min run. Week 9 now holds no fear!

Thanks Frizzbomb. You are right about not fearing week 9. I've found that's one of the things I've really enjoyed about the 25+minute runs. I don't fear them, cos once you've done one you know the rest of the programme is doable. Whereas in the earlier weeks i felt filled with doubt and fear. I like the term trail running. Yes you've encapsulated what I liked about it too! Happy Friday 😊

Glad your ankle is feeling better too. Just catching up after a blissful week in Wales without wifi 😊

That sounds great. Thanks again. 😊

first 5/7mins were brutal my legs felt like lead and it was like running in treacle. No! No! No! I...

my limit in running for 30 minutes. I've had nothing much in reserve at the end of my runs. Since...

Can life get any muddier?!

Went on a gloriously muddy 7k trail yesterday. ☺Absolutely loved it but cannot believe how slippy...

Getting acquainted with the injury couch

weeks and half ago, I had to stop running because of (not related to running) back nerve issues. I...

I’m only bloody doing it!!!