Speeding cyclists on canal towpath: I'm about to... - Couch to 5K

I'm about to finish graduate and when not doing the runs with our group at Portway Leisure Centre in Oldbury I choose to run along the canal into central Birmingham. This is the same canal I often walk into along into or out of work. I'm s Sustrans Ranger as well as British Cycling ride leader but running has never been a big thing for me. Anyway I'd just like to have a rant about why some cyclists, bear in mind I'm a cyclist too and often ride this same route, feel its acceptable to hammer along a canal towpath at 20mph or more. In some places the walkers or runners such as myself are forced to walk further on the path itself due to over grown nettles and other nasty plants. These cyclists seem to not care at all that they can be a real scare when rushing up behind a walker or runner. If they are able to ride that fast I do feel perhaps they should be on the road not trying to get a Strava segment on a shared path. I'm tempted to get some sort of sign to wear on my back telling them what I think of their behaviour. There are some cyclists who pass me and other at a very sensible speed and I've no issue with those. When I ride I never blast past people and I always say thanks to those I pass. It only good manners. Cyclists don't like being buzzed by a car, they call that a close pass or a punishment pass. Well I feel exactly the same when 90kg of cyclist flies by an inch from my elbow. 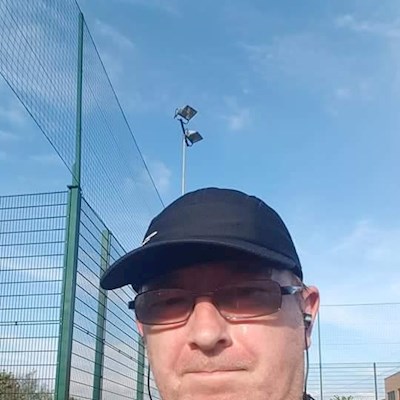 Marinride
To view profiles and participate in discussions please or .
3 Replies
•

I run along the canal in Walsall and the cyclists have been ok to be fair. If they are coming up behind me they tend to ring their bell to give me warning and I only wear one ear bud so I can hear them. I find walkers worse they tend to walk straight down the middle of the path and I have to squeeze past up the bushes! Some people are just inconsiderate in general I guess. I do enjoy running along the canal though as it’s pretty lots of wildlife and a bit of shade as well! You could always push them in lol!!

Marinride in reply to KN25

I've a feeling one day one of them will end up in it though it won't be my fault. Honest Gov.

I agree, a simple 'good morning / afternoon' would suffice, 'thank you' would be correct, a smile or a nod would even be a start.

Laura for saying I'm a runner, I'm not so sure... Maybe more becoming master of the towpath trot 😂

Does anyone run on canal towpath?

others run. I have been out boating since I started c25k so most of my runs are along the towpath...

So, another run done, decided to leave it last night, for a daylight run today, usualy do...

of the ct5k I’m going to run on the canal, it’s flat it should be just the same “ wrong big wrong...

but currently away on holiday in North Wales on a canal boat and the signal and WIFI is very...