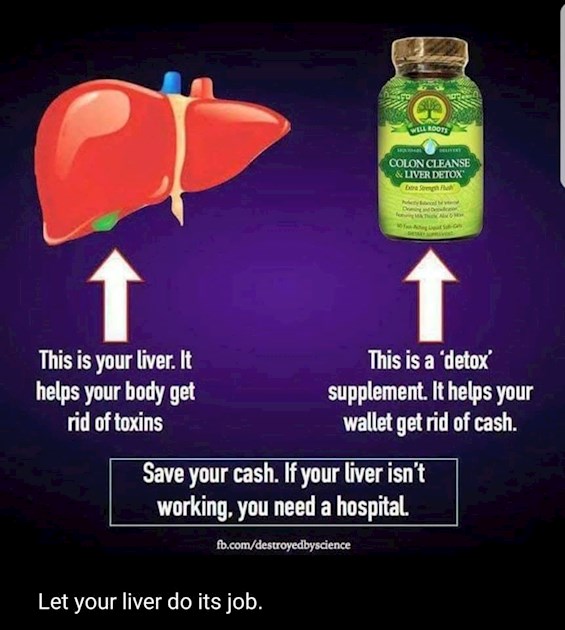 This is really in response to "canard's" question:

This questions is asked quite a lot on here.

People who have discovered that their livers have become damaged, quite rightly want to try and do something to make everything right again. This I guess is a natural response. However, there are plenty of unscrupulous people out there who will try and prey of your misfortune, and try and sell you a wonderful cure. Some of these so called remedies can be quite harmful,

I've also come across an item on Amazon selling this wondrous elixir. Only to find that the postcode of this company is in fact someones house in North London. Care really does need to be taken.

If it's not been Licensed or approved by the Medicines and Healthcare products Regulatory Agency (MHRA) then don't go there.

Always check, and listen to advice from your doctor or healthcare professional.

There is no magical mystery cure out there. However, your liver is a most forgiving organ, It holds it's own secret powers of regenerating and regrowing. Just allow your liver to do it's job, without adding even more unwanted toxins for it to have to deal with.

Luv the pic, made me chuckle but sums it up well.

So are u saying milk thistle isn't any good? Or does no good!??

I have cirrhosis medical transplant doctors don't care for it. Advised possibly could do harm? But were unsure since it's not regulated no one bottle is exact maybe before having cirrhosis could take but having cirrhosis most likely not to take it claims it causes regular allergies. Eat well and exercise is best flush system by drinking plenty of water @ this what I've been told. I have not had a tp

This was the response to friend what her transplant doctors had to say about milk thistle!!

I “borrowed “ your pic Richard for a couple of US Facebook forums if that’s OK?

Hidden in reply to Brett11

It's not mine Brett, I too downloaded it, I realise that this maybe subject to copyright and all, but this is about sharing, informing and raising awareness. I'd like to think that whoever made this in the first place had this very message in mind when it was created. So, if it's alright, until the originator complains I'll just keep it up.

Hidden in reply to Brett11

BSA-3 in reply to Hidden

I was told by the hospital to leave it alone !

I know that some people seem to be very anti Milk Thistle and I think that really this isn't entirely justified. It is an old natural remedy for Liver problems and really is no more than a food supplement such as cod-liver oil or vitamin tablets. You might just as well not eat anything that you think isn't good for you! And that's your choice. Regarding sources of Milk Thistle, I myself buy it from 'Heathspan' which is an excellent Company in my opinion and sells high quality products.

I asked the liver nurse about it when I had my last consultation and she seemed to have no problems with me using it. I have Cirrhosis of the Liver.

Brett11 in reply to RonShirt

No one is forcing you into not talking milk thistle. If it helps you than great but for new people reading that it’s good for cirrhosis may be doing themselves more harm than good. They need to study it for themselves and make their own informed decision . Supplements shouldn’t be taken just because Bob from two doors down said it’s good.

Garyvh in reply to Brett11

And we all know a Bob from next door 😂

I asked my husbands consultant about milk thistle and he said that recent studies have shown it may help and that there was no harm in my husband taking it.

Big hugs to all of you

Where do we start...I mean much confusion about what’s good or not. Exercise, healthy eating of course. But coffee is a surprise inclusion - studies - to help prevent cirrhosis but even when we have it to slow down its progression. My liver doctor and research results I found backed this claim up, so 4 cups a day for me. I take milk thistle and Liv 52 too but who knows really how good all these things are ? Common sense, an educated guess maybe but the basics of diet/exercise first and foremost.

Gordon99 in reply to Warrior1

Studies in Edinburgh have linked coffee to helping the liver. I love coffee so this was good news. However my potassium runs high occasionally and I have to cut down as coffee contains more than tea. I have also been told to limit it to six cups per day. I’m off for a coffee now!

As you rightly pointed out, there are lots of products out there claiming to be the miracle cure for something that a cure doesn't exist yet.

Our view is evidence behind milk thistle is patchy and at best can't do any harm. So we wouldn't stop anyone from taking but exercise caution on what exactly are you buying. Studies that have shown some form of directional movement have used higher grades of sillymarin. (liverhealthuk.com/single-po...)

On the other hand, evidence behind coffee is getting stronger and stronger. 5 cups of coffee a day cut the risk of liver disease by as much as 80%. However, those who are at risk from excess caffeine should not drink anything more than 3 cups a day.

Hello All: 1st-time poster.. I have fatty liver and lower-degree cirrhosis with ascites. I...

Hi, I was diagnosed in Dec 2012 after I had a liver biopsy, since then I'm suffering from extreme...

Any thoughts on milk thistle

milk thistle that is supposed to help the liver removed toxins from the body ? I have looked on...

alcoholic liver damage recently. I wonder what foods if eaten daily can do wonders for liver damage...

Can you have Cirrhosis with perfect liver blood results and ...