quick overview of me ... heavy drinker for as.long as can remember, collapsed start of December with phumonia. liver levels all really high, ascities, small vacies found, scans don't show any scaring but with vacies assume cirrosis ...

I messed up water tablet dose and took 50 a day instead of 150, realised today as noticed tummy starting to get a bit bigger. obviously will ensure I get the does correct but I decided to look at ascities on Google. found many sites saying surval rate is around 50% for a year so got myself in a panic again. Does anyone have any advice or comments re ascities.. I am going to really try and steer clear of the internet as every day I find some new way of panickng myself. 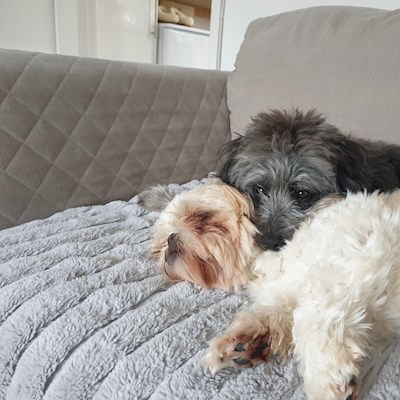 Chris-harris
To view profiles and participate in discussions please or .
Read more about...
17 Replies
•

People get ascities due to cancer as well and survival rates are poorer than for liver related ascities. My abdomen and chest fill on a weekly basis and I do wonder about my survival time.

If you get take spirolactone without raising your potassium your only worry would be infection like bacterial peritonitis. If you are sick and running a high temperature go to hospital. The sooner the better.

Brett11 in reply to Chris-harris

If I believed everything on the internet, I would have been dead a year ago. I have ascities as well as cirrhosis. As long as you stop the drink and keep up with what your doc says then you should live a normal (ish) life span. But there are many other variables. Hang in there.

If you’re going to google make sure you put NHS then your query eg nhs ascities due to liver failure. Then you’ll get reliable and accurate information. Take your spironolactone and reduce your salt intake x

thanks Brett...I keep telling myself to steer clear of the internet but every new symptom seems to take over my thoughts so I jump from one possible disaster to another.

will try and stop ths now a look more positive but it is hard as this is all very new to me.

Most of the info on ascites you'll see on Dr Google is chronic in nature. In the early stages of alcohol recovery (the first 3-6 months) problematic ascites can largely resolve or become well controlled, & liver disease can stabilize for many years.

It's difficult (even for doctors) to form an accurate diagnosis and prognosis for alcoholic disease until the acute phase of recovery has passed. Not knowing exactly where you stand is distressing, but your doc's should be able to form a better idea of your prognosis soon (3 to 6 months). Your 12 month anniversary (alcohol free) is when most doc's assume you'll see maximum medical improvement.

Many X-Drinkers, even with confirmed cirrhosis do remarkably well, so please don't assume the worst case scenario until you have given your liver a good chance to stabilize. Clean living really can pay off in the end!

Google Andy Fordham and read about him he is stil alive.

He owned the Rose in Dartford. Next to where I lived. Small world??

He had acites and collapsed.

That doesn’t surprise me. He had 24 beers in the morning. He has (had?) a lovely wife

I think he is still married. He used to drink a crate of beer before he played darts then he would be drinking whilst he played. He said he was never sober when he played darts and he drank enough before the final match in the world championship to make someone drunk for 3 days. He also weighed a lot I think it was around 340lbs. He stopped drinking after his collapse and lost a lot of weight unfortunately he has put about 4 or 5 stone back on but says he doesn't drink.

I stopped drinking 15 months ago and my cirrhosis still throws me some wonderful (not) symptoms. If I thought I had them all, then something else goes wrong. But everything is manageable.

Hi Chris. This is my first visit to this site but our circumstances sound similar. I'm here a year in and living normally with a few things I have to be mindful of. Don't believe everything you read on the Internet

Hi Chris, I put together a website for Alcohol-related liver disease. Under the heading, "Medical Consequences" I have added two videos on Acites and Varices, this can be found at: taep.eu/ I think I've covered nearly all aspects of this condition. Under the heading, "Stages of Liver Disease" I have also included a video called "The Scarred Liver" which is a rather enlightening video about other peoples stories.

I would recommend that you stay away from American websites as they can be rather alarming with their approaches and procedures, so different from over here.

There is another person on here that has been speaking about her poor husband having to have 21 litres of fluid removed/drained. The danger here that when the fluid builds up it can force everything from around your middle (gut and stomach) up into the chest cavity. This can then restrict your lung capacity and put enormous pressure on the heart.

I hope you find some of this information or help to you Chris.

Ascites again& still. And Creatin at 240

only found in 5% of patients at this late stage. Although my pressure levels were taken and found...

over the last couple of months I've been weighing myself using the local GPs and Pharmacies...

return. I apologize for that but I’m still learning myself and I’m not comfortable with offering...

Ascites due to liver damage

uncomfortable. I don't know if I should take it day by day and avoid alcohol or if it's serious...

Average life span of someone with Cirrhosis + Portal & Ascites

would always be ahead or if it is legitimately too high of a risk.