Hi everyone: I was so happy to finally complete my half a year of chemo last month with few side effects. However, towards the end, my eyes began watering and it got to the point that tears would literally be rolling down my face during the day. I thought it would stop by now, but it hasn't. This is so annoying, as I can barely wear any eye make up now. Not to mention how embarrassing it is to be out interacting with people during the day and have tears rolling down my face! What is going on and when will this go away? 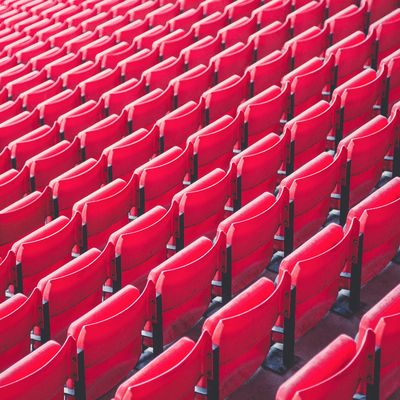 janyoshi
To view profiles and participate in discussions please or .
Read more about...
7 Replies
•

I didn’t get this - but did get a runny nose in a similar way. I’d contact my breast cancer nurse in your position

Hi Janyoshi, i know exactly how you feel my chemotherapy finished in 2016 & im still suffering with runny eyes unfortunately it got so bad i now suffer with terrible eczema under my eyes... it i so embarrassing & has really affected my self esteem 😥

janyoshi in reply to Debra19

Thanks, Debra19. I feel frustration to the point of passionate anger regarding traditional cancer treatment. I have been an on-and-off naturapathic my whole life, starting in the hippie days when the hippies were living natural lifestyles in communes. Unfortunately, cancer treatment hasn't changed in a hundred years. When I was diagnosed with stage four breast cancer last November, I got sucked into the system so fast that within two weeks I began chemo, because the oncologist said that the cancer in my neck lymph nodes was headed for my brain next. When you hear such shocking news, it's easy to acquiesce out of stunned fear. Since then, I have read a multitude of books and testimonies of people who became cancer free from natural self healing treatments. As a matter of fact, I believe that I experienced the beginnings of this when I began taking chlorine dioxide drops a couple of months before my diagnosis. I had a growing lump under my arm and was suspecting that it was cancer. When I was diagnosed, I went through a whole slew of CAT scans and MRIs. They found no tumor in my breast. The original site was so small that it was diagnosed as "an unusual area." I believe that those chlorine dioxide drops had shrunk the tumor. I got talked into radiology and began that last week, but I feel so uncomfortable with it that I'm going to end it this week. I understand that there is some limited success with these traditional cancer treatments, but overall my belief is that they are really barbaric. Of course they are perpetuated, because they contribute to the medical field being one of the most lucrative fields. Well, I'll conclude my diatribe now. Believe me, I could go on and on! But my point is that it is a crying shame that cancer treatment results in breaking down the body to the point of irreparable damage. I'm so sorry that you finished your chemo in 2016 and you're still suffering from symptoms. I'm going to go back to my natural self healing treatments. These people who beat their cancer with natural treatments, adamantly agree that the key is to build up the body's immune system. This is the complete opposite of traditional cancer treatment which breaks down the immune system. I wish you the best. And it is now my mission to become cancer free with my natural treatments. With traditional methods, you are promised no cure, only remission and a few extra years of life. Something is very wrong with that picture.

in reply to Debra19

I also had lots of constant tearing, couldn’t wear make-up, and had dry & scaly lower eyelids. I suffered with this annoying problem for over a year.It appears that the cancer drugs we take (Ibrance & Faslodex for me) have a tendency to narrow your tear ducts making it harder to drain your tears normally. I ended up going to UCLA and having a tear duct surgery called “DCR”. It improved my condition significantly and I can now wear eye make-up again. There is help, see an ophthalmologist.

Thank you so much, however, my watering eyes actually stopped and has been replaced by another annoying problem--runny nose. You're probably right that these problems are caused by the drugs. I'm doing Kanjinti and Perjeta infusions every three weeks. Maybe it's one of both of these drugs. I don't know. I'm so tired of these side effects that I've become rather apathetic about them and just try to ignore them now.

The small 'fatty' mass (as a gp passed it off as) now has to be investigated and I have to undergo...

positive and positive nodes. I had 4 months neojuvent chemo then due to lockdown had left breast...