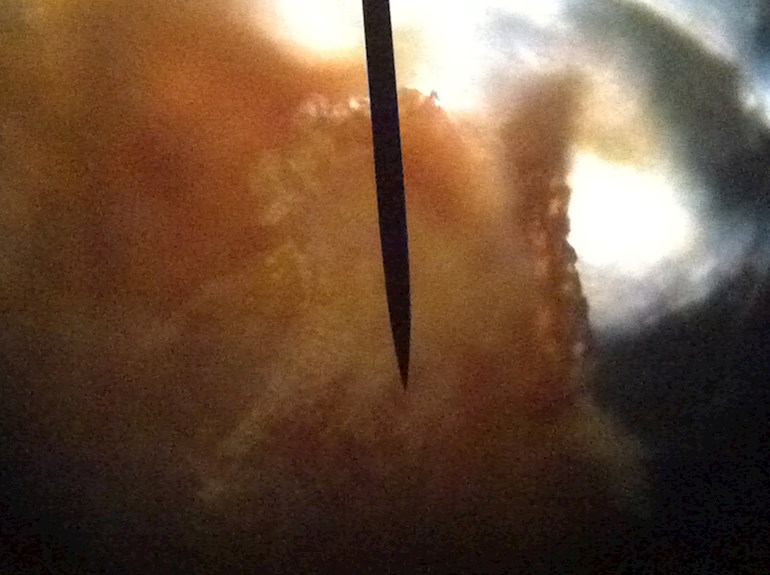 Never really had much to say on anything apart from stoping smoking.

Then we got onto last time i tried stoping smoking and lung debris obstructions that was extermily painfull and felt like one half my lung had collapsed.

Shown him picture of thing coughed up that nearly killed me AND he said its lung cast and colection of cells.

Of what i don't know but like i said to him it caused flu like symtoms and lots of mucus sputom.

His recomendation was using my nebuliser twice aday and increse my ventolin.

I have looked on net and stuff am coughing up dose not look like mucus plug OR Bronchial cast.

Or even that plastic bronchitis in adults

As can imagen am not thrilled about incresing my meds nor am i about stuff geting stuck in my airways.

That's not good as you say ,try hard again to stop smoking ,know how hard it is

in reply to newlands

Oh JAS do you think you could try again to give up smoking? If not then maybe the increase in medication might help. Wishing you well. Xxxxx

Hi sassy using nebuliser is pain really and having to use them more is Pitts ... But doc said same as you about use more to clear stuff.

Going to have to give it was again

Hi JAS I know it is hard to stop smoking l tried many times and finally did it 33 months ago. Try joining the HU Quit site they helped me. Take care. Xx

Guess all mothers say that to son bout gf

Cheers thanks for surport good wishes

Have another go at stopping JAS, it doesn't matter how many times you've failed in the past, what matters is that you never give up trying. When it comes to medical matters and mysteries you're like a dog with a bone - you never give in, and you never give up. So why give up on quitting?

Hi cheers that is great perspective I did tend to focus on how many times not.

Defo going to give it go and focus on how good I felt .. and do like you and docs said bout using meds to push threw

Cheers thanks for new perspective

👏👏👏👏 oh good for you JAS, very pleased to hear it. We're all here for you so good luck on your new mission! Not that you'll need it - you have tenacity on your side but Good Luck anyway👏👏👍🏻🍀

Hi Jeff, sorry you are finding things hard on giving up smoking. Know how it feels, took me several tries I used the NHS quit programme in the end with patches. Been a none smoker for many years now. My grandson uses them ecig things seem to work for him. Give the extra drugs a try as they open the airways and try avoiding some of the things that cause more mucus. Some people use chewing gum, have to admit when I first gave up I could hardly breathe or walk, not so bad now even though I have COPD. So it will reduce given time you just need an helping hand like your GP.Good luck, dont give up on giving up

I stopped smoking at Christmas. Perhaps the hardest thing I have ever done. To really understand how difficult it is you must have to be a smoker. I vape and have gradually cut down the level of nicotine. But to be honest in times of stress I would really like to have one. It is difficult and I wish you all the best in giving up. I tried everything, gum, spray patches etc. Vaping worked. I proved to myself it was just habit. After vaping for a few days on 16 mg of nicotine I had a cigarette expecting to go dizzy which I did not. So the nicotine was in my system and in reality the cigarette was just a habit not a craving for nicotine..

I felt like saying can’t hear out as this no lung...

Went Seen LUNG Doctor AND The Discharging ME Becouse I Continue To Smoke.

AND reminded him was neurologist that referred me to your lung clinic after seeing him over numb...

Looks like the be getting other letter of my...

when coughing up chunks of lung inflamation BOTTOM right picture.