We know that for most people stopping smoking is incredibly hard. Some people find it easier once they’ve been diagnosed with a lung condition or been prescribed oxygen but, for many people, quitting is still a struggle.

We’ve been contacted by a journalist who is writing an article on oxygen and the difficulty of quitting smoking. They’ve asked whether we know anyone who might be able to help.

This might be someone who doesn’t feel that they get enough cessation support to help them quit or someone who is reluctant to tell their doctor or oxygen provider in case they get taken off oxygen. Or perhaps someone who did smoke for a long time on oxygen but then something helped them quit.

Obviously this is a very sensitive topic so anyone who gets involved would have the right to remain anonymous if they choose.

If you have experience of this and would like to help, or simply find out more, then please contact me by sending me a personal message on here, emailing bethany.bateman@blf.org.uk or by calling me on 020 7688 5557. 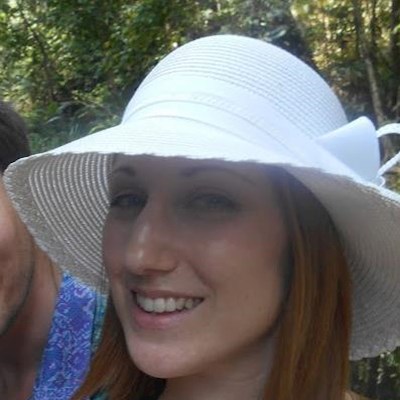 BethanyBateman
To view profiles and participate in discussions please or .
19 Replies
•

Can I ask how it's works if Lets say you stopped smoking But your in household that dose still smoke.

I heard if your still smoker the keep you in hospital about 6 weeks till the sure you have stopped before the let you home with oxygen .. do you know how true that is

Hi D3NIS, I haven't heard that before so I'm afraid I couldn't say if it's true in some places or not.

If someone had managed to stop but was living in a house full of smokers then, firstly - I think they deserve a medal. I can't imagine how much will power that would take.

I'd be interested to hear their story and I would be happy to pass it on to the journalist if they wanted me to. Whether or not it was used this time, we may be able to use it in future. (But only with that person's permission, of course!)

Ad rather give up myself at thought of spending 6 weeks in hospital I would not mined but last time I was in horrid place the all went bed at 7 pm ... But saying that it was full of pensioners

Hospitals should I think cater for the tad younger suffers

I think Hospitals or Doctors in such a household would find it easy to say O your condition is not suitable for oxygen.

What sort of journalism is this? I am curious as to who would write such an article and their reason for doing so. If it's a nurse/doctor/researcher for a respiratory journal fair enough - but in any other scenario I think it would be unwise to help them in any way. Smoking in COPD is pretty much a taboo subject as it is, but smoking on oxygen more so and we wouldn't want any bad press - anonymous or otherwise. So perhaps it would help if you could clarify what magazine/ newspaper/journal this would be for - that way someone might feel more confident about coming forward and not fear being poorly used.

BethanyBateman in reply to Parvati

Hi Parvati, sorry I should have given you more information.

The article is being written for one of the national broadsheet newspapers but, interestingly, the journalist is also a GP. They would like to explore the increased risk of fire and the burns people can receive if they still smoke as an oxygen user. They want to add a human issue to the article and look at the difficulties for people in this situation and the support they need to be given.

From what we've been told, this is going to be handled sensitively but I completely understand your concern. I don't expect a high uptake on this but also don't want to deny anyone the opportunity to get involved if they want to. I hope this helps!

in reply to Parvati

My sentiments as well Parvati it was the 1st thing I thought,

Sorry but in that case I would avoid it like the plague. Not that I smoke, but I do care about COPD and COPD'ers and I think it a bad idea - although thats just my own opinion of course. I would understand if the GP was writing it for a medical journal - altough even there we can't always assume a sypathetic or caring portrayal or response - one only has to read the way we were portrayed by a GP in a recent Pulse article:

"The weakness in their plan is the small matter of them never having met a COPD patient.Where I work the average chronic bronchitic shuffles about in clothes that last saw the inside of a washing machine when John Major was still in number 10.The only time they are likely to take active steps towards improving their lung function is when they are too breathless to smoke, so the idea that they are going to be motivated enough to attend a weekly exercise class is laughable." pulsetoday.co.uk/views/opin...

We are learning that we have to protect ourselves. While respiratory doctors and other specialised respiratory healthcare professionals generally have our best interest at heart, others are non too kind. And those in the respiratory arena generally need to start paying attention to this too, otherwise funding for research, pulmonary rehab etc. will remain scarce in comparison to other LTC's.

BethanyBateman in reply to Parvati

Parvati my jaw just hit the floor. I am so completely shocked that a GP could write that.

Our press team work really hard to foster a positive image of people with lung disease and we would never work with journalists that would act like the person who wrote that article.

If anyone does come forward for this article and is concerned about the way they will be portrayed, then we can ask to view the article or interview before publication as a condition of the interview. The same goes for any other press work I might talk to you about in future.

Just to clarify - I am not suggesting that BLF would for one moment knowingly allow any one of us to be ill-used, but we do have to be very careful. If only journalists and the media generally could treat COPD in the same way that they do Alzheimers, Depression, Cancer, HIV/Aids etc. what a difference it would make

in reply to Parvati

Defo agree with image lung diseases as .. not all lung diseases is caused by smoking something schools fail to address when educating our kids

Work and environmental exposer play a just a bigger role YES I smoke but one of the reasons I smoke is when I was in my mid 20 I never smoked until all the people I knew who never smoked started dropping like flys of lung cancer ... as anything changed there.

Sure I knew loads about risk of smoking in my 20 BUT I never knew about work or environment pollution being just as bad ... and not once did I get any stuff of my union going on about work and lung health

jarc13 in reply to

my grandfather was a mennonite (very like the amish) and lived in a predominately mennonite town. he died at 72 with lung cancer and never was even around 2nd hand smoke. they should make the fact that lung diseases can be caused by many things and not to jump to conclusions that smoking caused the problems.

I would just as soon sit on an unexploded bomb as smoke near an oxygen tank.

Hi, Bethany, I'd like to ask if e-cigs would be considered useful in trying to stop smoking? Regards-Dave.

BethanyBateman in reply to baseman

Hi Dave, lots of people have found them helpful when quitting smoking and we know they are less harmful than cigarettes. There is very little research done into their effects on people with lung conditions though.

Any quit attempt is more likely to succeed with the support of a stop smoking service or healthcare professional. But I think it's even more important to get their advice and support if you have a lung condition and are considering using e-cigs.

baseman in reply to BethanyBateman

Hi, Bethany, Thanks for your reply. As regards NRT's and healthcare professionals, I have found them to be somewhat lacking in information. When I asked my healthcare professional the same question I was told that there.."was concern that the vapour would settle in the bottom of the lungs, thereby creating a breeding ground for all kinds of nasty bacteria". When I asked her about the possibility of creating the same conditions when taking a shower she refused to be drawn! So much for help and support! As regards cessation clinics I was presented with what appeared to be a tampon applicator, and told to suck on that! It is then little wonder that cessation clinics and NRT's like patches and nicotine gum haven't proved as popular as ecigs.

It looks like I'll just have to "trust to luck" and at least try ecigs, which seems to be, at least, 95% less harmful than "death cigarettes", as Prof. Riccardo Polosa calls them.

Thanks anyway, Bethany. No doubt in years to come we will know, one way or the other!

BethanyBateman in reply to baseman

Hi Dave, I've just gotten a few funny looks from giggling at your our description of the tampon applicator NRT!

In all seriousness though, you raise a very good point. Other forms of NRT are often so unappealing that no-one should be surprised that they haven't taken off.

If you do try the ecigs I really hope they work for you.

jarc13 in reply to baseman

thought i would mention that i was a 2-1/2 pack smoker. you couldn't catch me without one in my hand. fortunately, the patch worked so well and i kept a bottle of water in my hand and sipped constantly (was so used to clutching a ciggie). it wasn't too expensive as it ended up costing me the same as my habit. as time went on, i cut in half, then quarter, then 1/8 and finally down to a sliver i stopped. (pharmacist told me to do that instead of buying the smaller doses so as time went on it cost me less and less.) doctor did tell me that you could be on nicotine replacement the rest of your life and it wouldn't harm you like cigarettes as it's the additives that caused mayhem. hope this helps. i do know that not everyone likes the patch. it was a Godsend to me.

BethanyBateman in reply to jarc13

Well done Jarc. It's really interesting to hear about what works for different people.

Using Oxygen in a caravan

the forum of people who regularly holiday in caravans, but then they may not be on oxygen? I'd be...

just releases oxygen when you breath in, I know on all the leaflets its definitely no smoking when...

I need oxygen on the plain my problem has been trying to find out how I go about sorting oxygen out...

using oxygen on a plane

i've booked an oxygen cylinder for her through Ryanair. could someone who has used oxygen on a...

Opinions on the use of an Oxygen Concentrator

In a desperate bid to help my mother recover from her last incarceration in ICU over Christmas and...
•
9 Replies