Just returned from hospital and confused! HA on 28th august, 1st stent 1st September and 2nd planned stent 11th november. On thursday had a 'chest ache' is the only way I can describe it, I've had this on going since both stents. Usually goes but it didn't so used my spray and went to a&e.

I've got to have a myocardial perfusion imaging and put on amlodipine 5mg ... could this not just be my stents settling in? 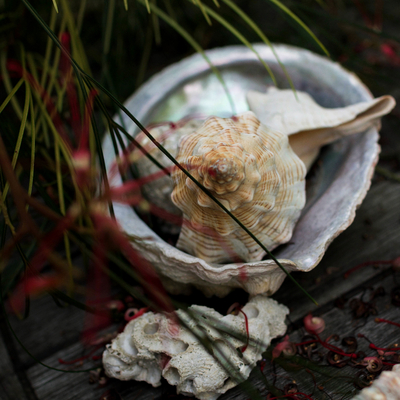 Debee28
To view profiles and participate in discussions please or .
Read more about...
14 Replies
•

I had 2 stents in July and my chest has ached off and on since then. There is no pressure, tightness or weakness and I have more energy than before the stents. It feels like the nerves in my chest and abdomen are on high alert and fire off occasionally as I get weird fleeting pains in my arms, jaw and gut. I am hoping that stopping the ticagrelor at the end of December will help settle things down.

Debee28 in reply to Hatchjd

Thanks for your reply, my bloods were fine and chest xray fine, still have the ache so will have to see.

Hope yours settles too

I still have chest discomfort after a year. But all the tests / checks say I’m ok. There’s definitely something there ...but I’ve decided it’s not worth worrying about.

Thanks, reassuring to know I'm not the only one

I had 3 stents fitted in April when I had my HA i have had on and off discomfort and shortness of breath its seems to be a lot worse since I had a further 3 stents put in last week and I still have to have a further 3 stents in a couple of weeks time.... I'm just putting it down to that your body has to adjust

Debee28 in reply to mrgrumppy

My last stent was only 3 weeks ago, plus the angioplasty was awful as my heart reacted, so I'm thinking it's the same, everything settling down.

I had 3 stents and am waiting on 4 more. Best advice I can give is don't take chances. Use your spray. If still hurting 999. My consultant gave me a major telling off for 'self diagnosing'. It's not worth the risk 😊

All sensible advice from others. It would appear from other posts that it is common to have aches and pains post stenting for a few months. It is an invasive procedure and usually you’re on thinners which make (internal) bruising likely. Having said that if Paracetamol doesn’t work see your GP or if severe get to A&E.

Hi Debee 28, I had a start fitted just over a year ago and the one and only symptom I get still I can only describe as gas in my chest. It can be on the right side, left side, centre and also aches in my arms. I have no idea if it is related to anything as tests all normal but it causes me a great deal of anxiety. I am about to be taken off ticagrelor so will see if that makes a difference

Debee28 in reply to Calm2

Thanks for your reply, good to know I'm not alone. Maybe this test will put my mind st ease

Imin in reply to Calm2

Just wondering how you are feeling now you have finished taking ticagrelor. I have chest ache on a daily basis, the only thing that eases it is during my brisk walks or exercising! I hope you are feeling better

Calm2 in reply to Imin

Hi, since coming of the ticagrelor I no longer have the ‘gas bubbles’ in my chest, if that’s down to stopping the ticagrelor or not I don’t know. The only thing I do get on rare occasions is a ‘fizzing’ feeling that is a little like an electric shock, which will only last probably 2 secs. It will be on the right side and the left but very infrequent. Had a 72 hr ECG that showed an extra heart beat and so seeing a cardiologist next week but am told it’s quite common?

Just seen your posts this evening and wondering how you are getting on?

Hope work has been the distraction you were hoping for. How’s that chest ache doing? Any relief from it yet? Hope so for you.

Debee28 in reply to Imin

I am getting on better thanks! I'm still getting the chest aches quite often and have a perfusion scan coming up but am reassured that alot of people get them.

Work is good, I'm still doing a phased return and need a sleep in the afternoons but it takes my mind off everything and feels good to be doing something.

I'm walking 2 miles three times a week. So getting there slowly.

i had 6 stents in my RCA six weeks ago, ended up back in hospital a week later with bad chest...

input from others with same conditions. I have 3 stents put in 4 years ago and also diagnosed with...

experienced this? Wondering if it’s the stent, perhaps settling in or something. Does this resonate...

Hi All, I am 4 weeks post stent to the mid LAD and I am having chest pains all day even at rest. I...

after having 2 stents fitted. In the last week or so I’ve been getting dull pains in chest, both...

big flaming ball in the sky