High Risk HIV exposure: Just found out the guy i had a... - BASHH

Just found out the guy i had a brief relationship is in actual fact bisexual and HIV+ which he didn't tell me. Slept together end of February he was very rough and i bled afterwards, went and got tested last week and just got results "negative" do i have to get tested a 6 months if its a definite exposure, have heard it can take awhile for it to show in people with immune problems. Please advise. 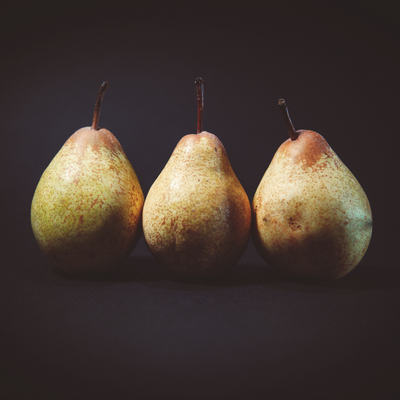 Gabby1979
To view profiles and participate in discussions please or .
11 Replies
•

Firstly don't panic thanks to modern medicine HIV is no longer as bad as it used to be to the point that someone aged 18 becoming positive with meds can expect to have a full life expectancy.

Second modern testing shows up after 4 weeks for 90% of cases 97% show up after 6 weeks and 100% after 12 Weeks, so having to wait 6 months is no longer required (though as part of sexual health regular screening of all sti's is recommended at least twice a year for those not in a relationship, more regular for those who don't use protection and less for those in a monogamous relationship).

Finally it is not as easy to become infected with HIV as people think and if he is on medication which would make him undetectable then there is virtually no chance that you can become infected (For example there is a higher risk from a HIV+ person not on meds with a condom passing on the infection that a HIV+ person on meds without a condom - though of course the advice is to use a condom anyway because of other sti's) but perhaps you could ask if he is on medication? that way you can feel more secure.

Thanks it's eased my mind somewhat, though unsure of his viral load as when confronted he denied being positive, when he is and finding him out in so many lies added to my anxiety, I'm told he's been positive since the early 90s his ex is positive too (female) and I know his health has been an issue for him as he even attempted suicide last year so not sure if his meds are working and he's just on a reckless bender ....I dunno?! Hopefully dodged a bullet but still have rashes which could be stress related. You hear stories about people who knowingly want to infect others, thanks again

I don't know if you are still talking to him but you could ask and point out to him that deliberately not telling someone in order to infect them is illegal and people have been sent to prison for it (recently a guy in the uk), but I don't think there is really that much to worry about.

Yes sadly there are some people who find the idea of infecting someone a turn on but in reality this is just a fantasy and really they are on meds but of course there are exceptions.

One point that has just occurred to me though, if you find that you think you might have been exposed within the previous 72 hours you can go to any A&E or Sexual Health Clinic and get PEP (Post Exposure Peraxysis) which can prevent infection in most cases if take early enough (This is one pill twice a day and one pill once a day for 28 days). This is in the UK but I believe that most countries have similar systems.

I'm in the uk too but only found out about him last month which was well over the prep time limit. You maybe right about a sick Fanta I hope though I think he had neferious intentions as I think he knew what he was doing like that sick hairdresser that got sent down for infecting people, there are some sick puppies out there, I hope I wasn't targeted by one, thanks for your support on this though.

abmikey in reply to Gabby1979

He should be reported to the police, the next person may not be so fortunate

Gabby1979 in reply to abmikey

Agreed, but this guy is a psycho and knows some dodgy people, frightened if he is unstable like I think he is, don't want any retaliation or my cat ending up deceased or missing. Don't know what to do, if I tested positive at 6 months though 3 months is conclusive I'm not sure I would contact the police in case of reprisals.

Sorry for the late reply. You would have to wait until you actually tested positive before reporting anything though it may well be worth explaining the circumstances to the clinic and they can give you more definitive advice, the issue comes down to proving that he was deliberately trying to infect you (in the case of the hairdresser they have texts and voicemails plus the number of victims counted against him) but they can do a DNA analysis of the infection and compare it to his to determine if he was the one to infect you (should you come back positive within the 3 month window), it is possible that a police investigation might scare him and stop him doing it to someone else (if that is what he did).

When I confronted him and asked him out right he denied he was positive, I recorded him on my phone saying he was negative, so I have that evidence, as I tested negative just over the 3 month I'm not retesting as it's pointless as I think my anxiety just kicked in but I think the shit has given me herpes as whilst on holiday last week I broke in sores down below and i was ill just after sex with him and looking at the symptoms of initial herpes infection think that's what he infected me with instead of hiv ... bastard, though can't get tested as now I'm home the sores have gone, but will have to wait for another outbreak..... never having sex or trusting anyone ever again.

Sadly there is little that can be done about Herpes it just comes down to your body fighting it and increasing the length of time between outbreaks, the biggest problem though is that those who have herpes are become infectious a couple of days before and after outbreaks so they don't always know if they are passing it on, and it is also something that can be passed on regardless of whether you use condoms or not (though they can reduce the likelihood of transmission).

You are right not to worry about the HIV if the test after 3 months has come back negative you can rest assured that you have not been infected.

Don't give up on sex or trusting people, sex is a very important part of life, just be sure to get yourself tested regularly and ask when they were last tested (possibly how often they get tested if the test is not that recent).

P.s. You will find posts elsewhere on this site from others who have Herpes and what they do/take to help alleviate the symptoms of outbreaks.

I'm gutted about the herpes, thought I'd got away Scott free from the evil thing, can't even get diagnosed or treatment until another outbreak as they only diagnose from swabs in the UK. I suppose it's the lesser of two evils when I thought he'd given me hiv, some truly evil people out there and it's been a harsh lesson one that I've got to live with now and a constant reminder.

My boyfriend just told me he's got herpes.

We are both HIV positive and have been dating since...

before until then . He says he's been tested many times and Always got the all clear . I don't know...

because these can be symptoms of HIV does this mean that I have HIV? I have booked an appointment...

gen tests with no luck. I did an RNA test through quest diagnostics as well with also a negative...

So basically a few months ago,I slept with an escort