When will asthmatics get COVID vaccine? - Asthma UK communi...

Hello, I am a 43 year old asthmatic and have been all my life. I get the flu jab for free every year as a result. My asthma is under control with inhalers, both brown and blue.

My question is this - what priority group will I be in for the COVID vaccine? I am hoping it will be group 6 "all individuals aged 16 years to 64 years with underlying health conditions which put them at higher risk of serious disease and mortality", but obviously I do not know for sure.

Can anyone shed any light on this for me please? Thanks!! 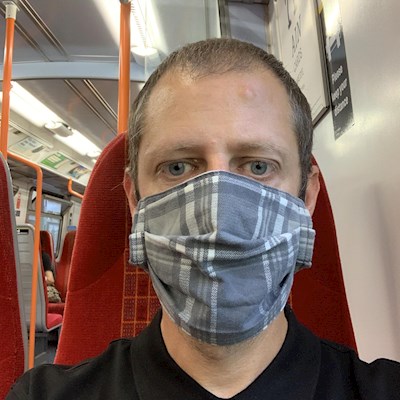 paulodennis
To view profiles and participate in discussions please or .
Read more about...
16 Replies
•

It most likely will be group 6.

Since your asthma is under control you wouldn't be classed as clinically extremely vulnerable (CEV) so yes, it would presumably be group 6. That is pretty much asthmatics who are eligible for a flu jab, except for those who are counted as CEV who are in group 4.

Thanks guys. And has anyone seen any guidance on when group 6 will be vaccinated, roughly? I know nobody really knows for sure, but just wondering if anyone has seen anything on that?

twinkly29 in reply to paulodennis

No, only that it comes after group 5 (obviously 😆). If they reckon by February for groups 1-4 it will presumably be after then.

If you didn’t get included in the Clinically extremely vulnerable group then you will be in your appropriate age group. Your asthma only requires 1 reliever and 1 preventer and as you say is well controlled . The CEV asthmatics are those who take at least 4 medications regularly and like me can still be very well controlled - I am sporty and enjoy XC skiing etc . CEV asthmatics also have a medical record of taking prednisolone and antibiotics more than once a year. I had pneumonia after a trip to London 2 years ago ...

LysistrataCommunity Ambassador in reply to Birthday60

As mentioned, clinically vulnerable adults aged 16-64 currently still come before some of the age-based groups (the 60+, 55+ and 50+ who are currently groups 7, 8, and 9). This group includes people who have asthma but are not CEV. As discussed, paulodennis would currently be in this group despite being 43, rather than with the rest of the population under 50 who do not have a health condition as defined in the link below. 'Clinically vulnerable' definitions do not say that your asthma has to be uncontrolled to qualify, or to be in group 6.

Linking to Twinkly's post on this as a general FYI for anyone reading.

Birthday60 in reply to Lysistrata

The CEV group is the 1.2 m who are still receiving government priority and letters/ Only adman number of severe asthmatics are included in this group - it includes transplant patients and those suffering from some cancers..

LysistrataCommunity Ambassador in reply to Birthday60

Yes, I know - but CEV asthmatics are in group 4. Paulodennis and other asthmatics who are not CEV are still considered clinically vulnerable as I said, and will be in group 6, ahead of the 50-60 year olds even if they are under 50. Your post said that any asthmatic who is not CEV would be with their age group, which isn't currently the case.

There are 16.6 million in the first 5 groups, so at the current vaccine rate of 1 million every two weeks, to deliver just the first dose will take 33 weeks to get to your Group 6. But factor in the second dose of the vaccine by week 12 and you may have to double the 33 weeks to anything up to 66 weeks as they are in fact having to vaccinate 16.6 million people twice = 33.3 million doses x 2 weeks per million.However, the aim is to get 2 million vaccinated in a week. If that is achieved then it should take, from now, nearly 8 weeks just to deliver the first dose of the vaccination to Groups 1 to 5. So you may get your first dose as soon as March. But it will depend on logistics and availability of the vaccine. And things will slow down once they have to start delivering the second dose by week 12 to the 16.6 million in the first 5 groups.

And of course the government may change its mind about the efficacy of the vaccine by leaving 12 weeks between the 2 doses. If they change that back to 3 weeks on the advise of the vaccine producers then it will take longer to get to Group 6.

NB that there are 3.8 million in Group 6. I'm glad I'm not in charge of organising this unprecedented vaccine programme and I predict there will be changing goalposts!

paulodennis in reply to Poobah

Thanks, that's really useful. This type if data is my new daily obsession!!

I am thinking of asking the Govt to post me a vaccine and a link to a YouTube instructional video😂🙄.......!!!

All survived! The woman doing it was lovely and chatty. Feeling rather worn out but that is more because of the 3hour drive I had yesterday.

I wondered the same question. I checked the govt website and group 6 is only severe asthmatics. What is severe? I use my symbicort combined inhaler 4/5 times per day and am reasonably well controlled at that level. Is that classed as severe? Moderate?

twinkly29 in reply to CRNZ26

There is a post on here from the AUK nurses explaining it all. If you scroll down the main page you will find it.

LysistrataCommunity Ambassador in reply to CRNZ26

When will we get covid vaccinations?

weren't in the shielding group will get the vaccine?

of blue inhaler and increased fluids helps a lot. So not an issue of feeling safe and controlling it

I'm trying to get vaccinated against COVID

medicines, so am uneasy about this particular vaccination. I am not anti-vax. I just want to...

Do all asthmatics displaying covid-19 symptoms need to get tested?

this? I was under the impression that unless under extremely high risk eg severe asthma, organ...

I am a 48 year old male that has mild-moderate asthma that is well controlled with Fluticasone...