When is your Forstair inhaler empty? - Asthma UK communi...

I’ve been struggling for the past week and my forstairs been running low.

For me the inhalers running low when I don’t think it’s delivering a full dose. This is usually when it gets below 20 doses on the counter. At this point, I’ll sometimes take an extra dose. Right now I’m taking extra anyhow so I’ve been taking 2 extra.

The counter was at 8 today. I decided it was time to get the new one out. This was after testing it by pressing it and thinking that not much came out of it.

Was it empty though? When does everyone else decide this inhaler is empty? Does it deliver a partial does as it runs down? 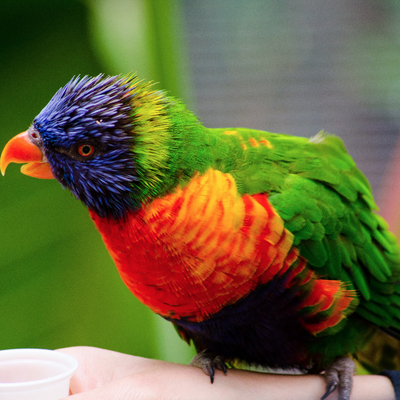 Ts777
To view profiles and participate in discussions please or .
Read more about...
12 Replies
•

Hi I do sometimes feel as if my Fostair isn’t delivering a full dose, but maybe as it is getting emptier the sound changes? I use an aero chamber with mine so I hear the change of a dose. I tend to get a new one when the counter is down to 2 or 3, but I don’t ever take extra doses.

My thoughts are that the counter is there for a reason and we surely have to trust that it works correctly and will deliver 120 equal doses of the steroid.

That’s why I think I’m not getting the same dose towards the end of my inhaler - you can tell by the sound it makes.

I agree with you. I know exactly what you mean and have wondered the same myself. I found that when I was using Clenil (which I liked)

I was wondering if it happened because I hadn’t been shaking it enough before each spray although I always, always shake it well. I can’t think of any other reason why though. It was only recently that Clenil had a counter on it and I found it really useful. Before that I used to order one to use and next month order one to have as back up for when the one I was using ran out.

I’ve now been moved to Qvar - no consultation! - I’m not keen on it even though it is supposed to be ‘the same but finer ‘. It doesn’t have a counter on it either which is annoying - I mean who counts how many puffs they have used although I suppose at 2x or 4x a day I could work it out if I got my brain in gear - sometimes though if I’m feeling brilliant though I only take one puff - I used to take none but my asthma nurse recommended I always take one. So looks like I’ll need to go back to always having a spare at home 🙁

I always keep a record of how many doses I've taken. To me it's part of taking care of myself & it's not exactly hard. I record it with my peak flows.

I have found that on occasion the counter isn't 100% reliable and sometimes doesn't match the number of doses I know I have taken. If in doubt start a new one.

My last Fostair inhaler ground to a complete halt when I was supposed to have 12 puffs left. There was no propellant at all. It is the first time that has happened to me. I did report it to the pharmacy, as that was a loss of 10%. It wasn’t something they had had reported before. If it is happening to you, do let them know! After all these medicines do cost the NHS so it will be a loss to them - and to you .

I use an aerochamber. I know on a new fostair the taste and power is like yuk. Guess because it's cold? Towards the end I'm getting a puff rather than an a pow hope that make sence and I can see the mist in the chamber. I never take more though. Having said all that though when there was a shortage I had one lucky that went beyond 120...saved me changing to Seretide

If you shake your Fostair inhaler it should ensure you get an even dose.

You're right. The asthma UK video about how to take your inhaler tells you to shake it.

Yes, I do shake my inhaler

Yep, I find the same thing and I do the same I just up my dose when it getting close to the end

Hi Tina you need to order a new one when it gets too 20 . And change it at the 0 even if it still has some in it .it's not enough medication comes out .take care.

Have been chucking mine/taking them to pharmacy where they get destroyed.

Being caught out without your inhaler.

really carried an inhaler on me meaning when I have had an attack it always turned out pretty bad....

What is your opinion on inhaler designs

anywhere without my inhaler, with the horrid fact that I will probebly never grow out of the...

to why ALL inhalers do not have counters on them so we KNOW when they're about to run...

I am lost in a pile of empty inhaler cannisters!!

that many inhalers, only symbicort 200 and ventolin i seem to have accumulated a lot of emptys!!