Embarrassed to be so eager to be diag... - Asthma UK communi...

I don’t think other people can understand how unsettling it is to not have a definitive diagnosis and plan of care. When you break your ankle, you have an X-ray, get a cast, use crutches, heal in a set number of weeks and everyone knows and it is easy to explain. As I’ve been bounced around to doctors and am now searching for a new asthma doctor, I just want someone to say definitively that I do or do not have asthma. My previous asthma/allergy doctor said I have moderate persistent asthma and then a couple months later was convinced I had VCD and then wrote that she wasn’t sure if I had asthma at all and might need to do a methacoline challenge. Meanwhile, the same day the ENT said that I do not have VCD and she would not do a methacoline challenge because My asthma symptoms responded positively to both prednisone and albuterol.

This has been a crazy 6 months since this “adult onset asthma” has started. I’m tired, frustrated, still coughing off and on, worried about my next flare and I think my family is tired of me being tired. Being a mother to two teenagers, wife, and teacher is hard enough without this new illness and many appointments. I’m tired of it all and rather depressed at times. 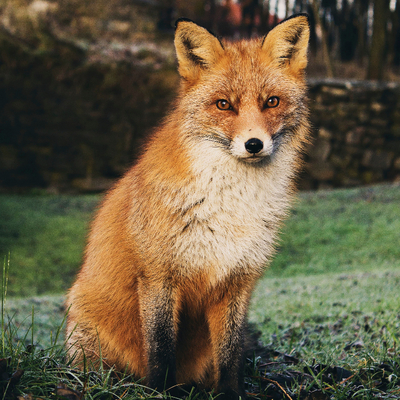 Shadowcat04
To view profiles and participate in discussions please or .
Read more about...
11 Replies
•

It tookvmy docs a couple of months to give me a diagnosis then I got spasmodic dysphonia as well which is were my vocal chords go into spasm I sound like afrog it also constricts my breathing even though the doc says it shouldn't hope this helps you but it's a hard journey. Gentle hugs

I can relate to this! 3/4 years of going backwards and forwards seeing different doctors, being told that it was my throat causing all my symptoms, then I finally saw a lovely doctor half way through the most horrendous hay fever season this year who took one look at me, one look at my notes and put me straight on an inhaler and booked me in for a spirometry with reversibility! Was a shock and a steep learning curve being diagnosed as asthmatic at 26, but actually a massive relief to finally have answers and help! Keep going back and being persistent (it’s horrible I know!) sometimes it helps to keep a log/diary of symptoms and if there’s any potential triggers, also ask for a spirometry (if you haven’t had one already?) and make sure they do it with reversibility... the initial one I had looked okay on paper, and the nurse was reluctant to do it again with reversibility as she didn’t feel there was anything to show, however she did do it after I’d had a nebuliser and the results spoke for themselves, my peak flow alone jumped from 400 to 550! Hope you can get some answers soon!

I hate it when they say that with the reversibility! Glad you got it in the end but wish they would grasp the idea that asthma is not COPD and the ENTIRE POINT of reversibility is to see if you improve with treatment *even if the first part looks normal*. They don't even know what *is* normal for someone given the predicted is an average, so not bothering to do the second part is just ridiculous. You can't rule asthma out on one set of spirometry results.

Sorry feeling quite ranty this evening lol. I'm glad you got there in the end.

Nicki-Lou123 in reply to Lysistrata

Thank you! It was only because the GP had specifically requested reversibility that the nurse in the end decided she had better do it! I really don’t get the whole average/predicted thing, I don’t suppose there are actually many people whose normal peak flow is the same as what they are predicted! And like you said, an asthma diagnosis is based on meds reversing anyway, whatever the numbers actually are!

You shouldn’t be embarrassed by it at all. It’s perfectly natural to want to know what is going on:-).

What saddens me is that this “is it or isn’t it” problem is still going on. Fifty odd years ago (indeed longer than that I suspect) many children, including myself, were let down by a similar situation: doctors refusing to diagnose and treat asthma, though back then it was almost a case of refusing to recognise it as a condition; I know of one doctor (sadly no longer with us) who apparently referred to it as the ME of its day. I sometimes wonder if those doctors ever realised the misery they inflicted (on not just their young patients, but the families as well) both at the time and into the future. I don’t suppose the long term consequences of an incorrect diagnosis ever entered their heads.

Sixty years on and the question still seems to rage, leaving the patient (the one who is suffering) in limbo.

Shadowcat I completely understand! I was in this position myself a few years ago because I'm such a freaking weirdo, so it took ages to get a diagnosis. And that was with me having a history of asthma since age 7 (I was a normal mild asthmatic then), a family history, and symptoms coming back after H1N1 infection. Somehow all of that got ignored so people could tell me it was in my head/throat/whatever. It's actually easier in many ways to have a label because then I know and can understand it better, plus can eg tell work and others 'yes I have asthma'.

I used to work on medical education in MS and quite a few people with that said they were relieved to get a diagnosis and understand what was up, plus be able to explain to others why they had been unable to do things etc. Of course no one *wants* asthma or MS but it's not down to having it or being fine, it's about the difference between having it and knowing that and being able to maybe get treatment, vs being stuck in limbo. (incidentally, MS was once called hysterical paralysis before MRIs were invented - the symptoms come and go and can be hard to pin down so of course before you could see the damage it was put down to 'all in your head'. Grrr). Asthma still does not have a good reliable test, but a lot of doctors put I think too much faith in the ones we *do* have I think and forget to evaluate how good they are and the role of human errors in interpreting and performing them.

Maggie - I know what you mean. I get so cross when NICE releases guidance or someone claims there is a new test and it's always phrased as how they can undiagnose people with asthma. Why does no one ever look at the other side and consider the people who are undiagnosed and struggling (and costing the NHS lots, since they always seem to frame it that way ie cost savings of undiagnosing people)? Then doctors think ooh this new test will be great, but no one is telling them how to use it properly. tbh the main thing still seems to be done on wheeze which is not reliable, and/or on peak flow and a general assumption that we are all the asthmatic they learned about in 5 mins for their MRCP. I have been told I can't have asthma because I don't have a wheeze, so I must have anxiety, despite not being anxious. The logic here baffles me - can't have one disorder due to one missing symptom so must have another one where I'm missing the main symptom!

Bit of a rant there sorry! I know there are good doctors out there but I do get sick of fighting with the misconceptions and being a 'weird' asthmatic.

Wheezycat in reply to Lysistrata

The bit that irritates me is the one with ‘if you se ventolin/salbutamol three times in a week’. As I don’t recognise my own struggling for breath - people around me do - I don’t often take ventolin but can still be pretty unwell. So that one is a useless piece of advice for me.

MaggieHP in reply to Lysistrata

There are times when I wonder have the medics really decided what defines asthma? Given some of the responses I’ve seen from people who have had changes of diagnosis I’m not convinced they have. Or does it just come down to a lack of understanding of the complexities and different presentations of the disease?

I suspect they don't appreciate the range of presentation a lot of the time, and the fact it.is really a syndrome which is newer thinking. They get 10 mins on it in med school, then probably cram for an exam.learning the key features ans symptoms. If good and observant they will perhaps see a variety of asthmatics and realise it varies and can be a lot more complex than wheeze plus blue.

I also think the variability within one person can be hard to grasp. I don't have any proof of this but suspect at times they subconsciously expect something like COPD or other lung diseases where there is something there all the time that you can see or test. They also, statistically, will not see many severe uncontrolled/difficult to control asthmatics, because that's only 5 to 10%. I believe it is hard for anyone to really take in that the person in front of you who looks fine is at risk of a bad attack, or was bad yesterday but better now, or had an attack in response to a trigger last week but it resolved.

MaggieHP in reply to Lysistrata

The fact that it is now being viewed as a heterogeneous Syndrome is fascinating, particularly given that I suffer from another one of those - EDS (Ehlers Danlos - a connective tissue disorder; I suffer from a mild version of the Hypermobility type). In many respects that makes so much more sense.

I agree it's frustrating, but diagnosis is only the first step towards treatment, which is the bit which is most important. Sometimes, it seems, the medical profession make assumptions and recommend treatment based on symptoms; if that works, then fine, but if it doesn't (or not completely solve the problem) then you need more tests to reach a definitive diagnosis (if possible, and it's not always) to get the right treatment. If you can persuade your GP/consultant to take that route, you might get the result you're looking for.

years old and I'm tired of having to hide the reality of living and coping with asthma because...

reversed by prednisone and albuterol. She suggested that I get a new doctor.

Hi. I have been diagnosed with asthma by my G.P this afternoon. I saw him last week because I was...

then asthma after getting a cold and sinusitis, think I have struggled to accept I have asthma...

Asthma attack-it's still embarrassing to me at work

Anyways, so I'm having asthma/sinus issues again (as expected). My doctors kept telling me not...