Hi all, I have a 13 year old son with 'chronic poorly controlled asthma'. We (he) has a tough 18 months after being very well controlled for several years, he is back under a consultant who he is seeing about every three months while we adjust his meds and try and get him back under control.

Twice since term started in September he has woken coughed quite a bit (that bit happens most days) and then thrown up. On both occasions he has been sick once or twice and then seemed much better. I have a feeling the vomiting is linked to the cough/Asthma and not a bug/other cause but just wondering how likely that is and if that is likely what I should do. I am certain he is still poorly controlled but don't have another specialist appointment until the beginning of December.

He had an attack that resulted in burst treatment at the hospital at the end of September and feel like another could happen any day while he hovers in this almost constant wheezy state of not really I'll but certainly not really well either.

Any advice on what I should do, feel like the GP will get sick of me if I keep taking him when he's not really ill (and he hates going) but feel uneasy about him, not sure if I am becoming neurotic about it?? 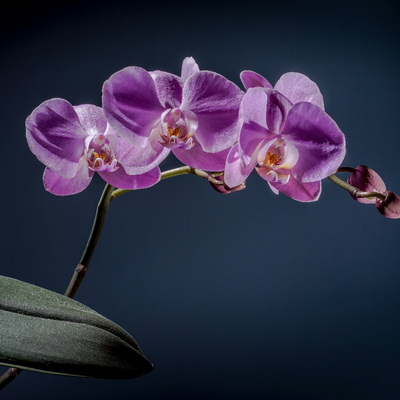 HaydiesMum
To view profiles and participate in discussions please or .
6 Replies
•

Sorry to hear he’s (you’ve) had such a bad time of it recently.

Yes excessive coughing can lead to vomiting! However asthma can be made worse by acid reflux, which can also lead to vomiting so it may be worth mentioning to either your GP or consultant next time you go!

If he’s hovering symptom wise get him to do he’s PF and follow the protocol on his asthma plan. I’m also a severe, uncontrolled asthmatic and the hosp always tells me off for ‘waiting’ too long before attending hospital - the quicker in the quicker out! My GP surgery hates when I attend them for my asthma cause 9x/10 they have to send me to hospital 🙈😅 (they’re very nice however)

If you don’t know what to do right now either ring the consultant and ask their opinion, talk to the asthma UK nurses and get their view, or just book a GP appt (if you don’t think he’s ‘bad’ enough for hosp).

Docs always prefer for us to make an unnecessary fuss then to play ostrich because they’d rather calm down nerves/a stressed parent then have to deal with severe asthma attacks! Mums tend to know when we’re bad, so if you’re worried he probably needs to go somewhere! Don’t forget you’re more likely to have an attack within 2 weeks of a previous one so he’s already in that ‘danger’ zone!

Coughing can definitely lead to vomiting. Sometimes I think it’s the stomach contents being shaken up, other times maybe mucus getting stuck in the throat. Or just coughing til you retch. If it mainly happens on waking, does your son sleep laying flat? A lot of people find lying flat is very bad for breathing. I sleep almost sitting upright. You can buy bed adjusters, gerd pillows, or just use a whole stack of pillows. I hope you find something that helps.

Yes its all the flem,its horrid,take him back and don't be afraid to get second opinion when u ask this usually you'll find they'll go out of thier way to get to the bottom of it,maybe try get earliest appointment so his chest is at its worse,you can be sick with flem but it shouldn't keep happening so he must need it cleared out with the nebulizer.

Thanks all really appreciate it, feels such a fine balancing act so much of the time trying to keep life as normal as possible but not to let him get ill. I'll try and get him a Drs appointment. If it's in school hours he'll happily go so may bite the bullet and get him one mid afternoon.

I wonder if he is in a bit of a vicious circle with school. The more time he has off, because he is ill, the harder it is to fit in at school and the greater the stress. Maybe he needs to talk to somebody about how he feels. This wouldn't deal with the medical issues, but peace of mind for both of you would help a bit.

Thank you ChrissieMons, I do see what you are saying and there are definitely some psychological issues for my son around his asthma at the moment but although he does need time off school we manage to keep that to a real minimum. His last attack was a Friday and GP couldn't believe he'd been straight back to school on the Monday. He gets ill quick but also gets better quick and is unfortunately used to coping while he has symptoms. Will keep it in mind though as never know.

chest starts and i feel like there's a lump in my throat, and the persistent dry cough that never...

Covid & Asthma a massive link after talking to my GP and paramedic friend.

have infection induced asthma and I take symbicort as a preventer 2 * a day twice and I have...

thanks for replying to my 'asthma vs infection' post! Your advice was really good.

Could my printer be an asthma trigger?

with an asthma attack. The problem is that I just can't seem to get the asthma back under control...

Links between asthma meds and purpura

Does anyone know if there is a proven link between asthma inhalers and skin thinning/purpura/skin...