So what a useless conversation on the phone that was today, not sure if anyone has ever heard of the spire hospital obviously they are a private hospital. I'd spoke to a member of the team today so I said how much would it cost me to see one of your pulmonary doctors 🤔 and the reply was sorry say again what's that 😐 😕 OK a respiratory doctor 'ohhh right ok what's it for may I ask" ummmm what's it for I thought to myself it's for my bloody legs in it!! after that weird conversation that I just had with someone at the other end of the phone they said it would be £250 just to sit down and explain to him/her what it is you are concerned about and it would cost a further £500 for a CT scan and £500 for a lung function test and to be honest after speaking to this womble of Wimbledon on the phone I just couldn't spk to her no more, so I've got a face to face with my doctor next week and also my respiratory physio on the same day so I will see what I can achieve out of these two appointments I do not have private cover but I was prepared to pay atleast £500 all in for the lot but you know what bugger that 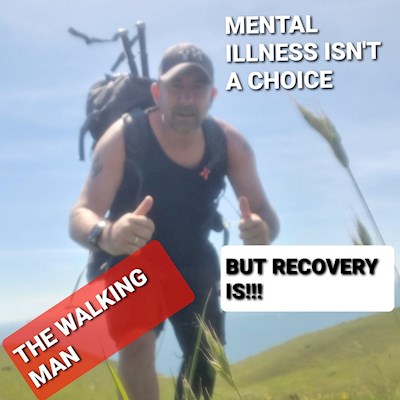 bryan45735
To view profiles and participate in discussions please or .
Read more about...
16 Replies
•

Private healthcare can cost a fortune Bryan so l hope your appointment next week goes well. Good luck to you. Xxxxx💕😘

I'm not surprised at the costs you were given Bryan and it may not have ended there if they had recommended some treatment. I hope your appointments next week go well.

Private health care and be really costly, I hope all goes well next week with your face to face appointment. Have a good night and take care 😊 Bernadette and Jack 🐕 xxxxxx 🌻🌻

Just as a warning. My dad used spire hospital recently and I have gone private previously. On all occasions a referral letter from gp was required. May be useful to explain to gp and physio next week that been considering private consultation to see what they think.

CDPO16 in reply to Bevvy

I think all private consultants need a referral from a GP. I had a private ENT consultation years ago but had to ask my GP to refer me. Thanks for pointing that out Bevvy.

stones93 in reply to CDPO16

By no means all. I referred myself for knee replacement. Expensive job but well worth it to get it done promptly and by the surgeon I wanted to do it.

CDPO16 in reply to stones93

Whilst a GP referral is required to see a consultant, however the referral doesn't have to be from your own GP. It can be from another GP, who could be private (but, of course that consultation would carry a fee, and possibly even a further fee to write the referral).

I rarely think we realise the value of our NHS. It is severely, severely flawed, but soooooo valuable to us.

Bryan, I do hope you can find some peace soon. You are exhausting yourself with all this circular activity.

Maricopa in reply to MMaud

You need to get a handle on your anxiety. You probably need meds. Because your mind is spinning. That’s probably worse for you than the copd at this time!!

I understand your frustration with the phone call! I've had similar daft experiences from time to time and it makes you wonder if they put someone on the phone who doesn't know why you might need to see a pulmonary or respiratory doctor, who else to they employ who may be lacking! But then, all receptionists have to have a first day and perhaps this was theirs.

After discussing with your GP, it may be possible to be referred for an initial consultation and then, if the consultant also works for the NHS, be put on the NHS list for the CT scan and further treatment. Not all consultants will do this, but mine did and I've remained on his NHS list ever since where he has given me the same care and attention as he did the day of my first consultation, but at no cost.

If you DO go private, it's worth knowing that the private prescriptions they dish out quite readily don't have to be used. I have had several experiences with private ENT where I've thanked them for the prescription then asked my GP to prescribe it so that I can get it from NHS. I only went to the ENT privately as they had such a long waiting list and I was desperate at the time to get some help with my vertigo which was practically keeping me a prisoner at home. The 'extras' were the topping on the cake that I couldn't afford at the time on top of the consultation fees.

Do give it straight to your GP so that they know just how you are feeling. Don't hold back! I don't mean be aggressive, but but explain just exactly what's going on for you and what your concerns are so that they are in no doubt about why you are there. Don't assume they will know how you feel. They can know what your symptoms are, but not how they are affecting you personally on a day to day basis.

I do think you are being rather unfair to wombles from wimbeldon common or anyware for that matter. What has a womble ever done to you. Lets face it you just got a rather usless person on the phone. Seems that so many places find the least helpfull person they can( not a womble) and give them the job of answering the phone 🤷🏼‍♀️. I hope your upcoming appontments prove more sucsessfull.

The problem is the nhs is on its last legs, underfunded undermanned.However the moral of this unhappy tale is that the real cost of all these tests and expertise can now be fully appreciated.

Bevvy in reply to stones93

You don’t need a referral from a GP to see a consultant privately. Last year I was becoming more and more seriously unwell with my breathing and after 8 months of getting nowhere, I was told by my local hospital they didn’t know what was wrong and I needed to be referred to the Royal Brompton. After more waiting and becoming more ill, I rang the consultant’s secretary for a private appointment. It cost £250. That was on the Friday afternoon. He said I needed to be seen asap and asked if I had private medical insurance or was I self funding. I said I was self funding and he said he would immediately transfer me to his NHS list. I was admitted on the Tuesday and was in hospital for almost three weeks having a huge raft of investigations. I was diagnosed with three different conditions and am now under the care of the hospital ad infinitum. I honestly believe had I not had that initial private consultation, I wouldn’t be here now.

I went to a private hospital without being referred to a GP, which was good because my GP had spent a year telling me that a new mole couldn't be cancer as it wasn't growing very fast, so she would probably have refused to refer me anyway. She had already refused to change my medication (which gave me unwanted side effects) after a year and I was only able to change it via the practice nurse, who said I should never have had the medication in the first place.

As soon as the specialist saw the mole, she said that it would have to come off, and she booked me in for the following week under the NHS and it was confirmed that the mole was malignant and she also spotted a different skin cancer on my face. Both were treated asap and I am now free on skin cancer.

The money paid for the private appointment was really worth it in my case.

I also changed my GP.

﻿hi thought I would give a update on James still in hospital and in lots of pain he ,still can't...

visit to his consultant who said his condition was mild and his doctor would manage this from now...

Her colleague is busy at but will get intouch but i told whats been going on and...

practitioner checked my chest said it was clear, oxygen levels were 96/97. So she just said it...

I managed to get a face-to-face appointment with a doctor yesterday but unfortunately other events...

﻿another beautiful vanilla fruit Cake with grapes orange and...