Can you still have lung problems with... - Lung Conditions C...

I suffer from shortness of breath/breathlessness where it feels like no air is going in. SOB all the time, but worse when I exercise. Feels like I'm being smothered slightly. Sometimes dry cough that comes and goes. Also feel tired/weak.

PFT normal. Although, dlco likely underestimated, but have had this problem on 2 PFTs where it has been slightly off. But I am not sure if that means something or just nothing. Dr didn't seem concerned, so I think it's just normal.

Can other tests show things wrong with the lungs or do PFTs always show everything? What other tests would be recommended? 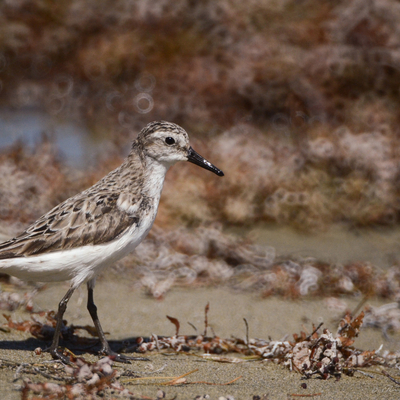 KittyKitten
To view profiles and participate in discussions please or .
Read more about...
11 Replies
•

Did they take any x-rays ? And how about your heart? Did they do any tests to make sure everything is okay? Did they have any other suggestions as to what might be the issue if not your lungs? I can imagine this is frustrating for you, it's always tricky when there is no definitive test results because without those they can't suggest treatment. Is it possible to get a second opinion?

Best wishes to you.

No, I don't think any x-rays have been done. Could that show something that a pft wouldn't?

I had an echo on my heart and an ecg at some point. Looks good. I had heart problems when I was born but only needed heart meds for 1 year.

And it's just been a mystery. I thought it was maybe due to a vitamin deficiency but I've been supplementing for 2 years and I'm still so short of breath. Or maybe deconditioning due to being so weak. I have been slowly increasing my activity, but feel the same. Thought it was my thyroid as I have an issue, but it is well managed now. Doctor doesn't know. I've seen a couple doctors but have gone no where. I haven't seen a lung specialist, because my pft was normal.

It has been extremely frustrating. I just want to know what's happening so I can fix it. My life is passing me by because I am so tired/weak/sob. Just feeling lost

With the usual caveat that I’m not medically qualified. As a general rule of thumb, all chronic, organic lung conditions will cause some kind of abnormal spirometry (PFT) result: whilst it can’t necessarily, definitively diagnose you with a specific condition, testing is designed to show whether there’s any functional issue with the lungs’ ability to either elastically inflate correctly or exhale air, which are the two parts to breathing. If the first part is wonky, that’s a restrictive lung condition, and if the second is an issue, then that’s an obstructive condition. You can also have what they call a mixed defect, which is where you have both obstructive and restrictive problems at the same time.

Who did your spirometry i.e. was it as GP or a respiratory consultant? Result interpretation is quite a complex area, and GPs are not always very good at it, particularly if there are restrictive changes, or early stages of gas transfer issues. That said, though, working on the assumption that the interpretation is correct and your spirometry is normal, that would suggest that you don’t have any organic respiratory issue accounting for your symptoms. Has anyone suggested a cardiopulmonary exercise tolerance test (CPET)? The only other possibility that crossed my mind is dysfunctional breathing; given that your issues are markedly worse on exercise, a CPET would look at your oxygen use/gas transfer during exertion, but would also help identify whether your breathing pattern is causing the issue. My daughter has a chronic lung disease, but had low oxygen levels and functional breathlessness that couldn’t be accounted for, and it turned out it was purely as a result of using her accessory muscles to breathe. She’d fallen into the pattern as a result of a prolonged period of poorly managed lung infections, but DB is actually very common in people with no underlying issues. The good news is that if DB is part of the problem, then it’s easy enough to correct - once it’s identified, you just have to be trained into ‘breathing properly’.

With my spirometry, my FEV1 is at the bottom of the normal range now (after years of leading a singing for lung health group and upping exercise and other healthy behaviours). However, when you look at the graph showing how air is exhaled by my lungs on the big blow test, you can still clearly see the emphysema obstruction in the middle of the curve. So yes, you can have a normal result yet still have evidence of lung disease.

But what’s your fev1/fvc ratio like, Ergendl? The ratio is the bit that’s actually diagnostic for obstruction: my understanding is that you can absolutely have values for fev1 and fvc that are both within normal, but the ratio will still be reduced, which is why it’s the ratio that’s diagnostically relevant. The flow graphs reflect that ratio, which is how/why they demonstrate an obstructive pattern even with ‘normal’ fev1 values. An abnormal ratio means a person’s spirometry results aren’t considered normal, even if the individual values are above 80% predicted.

Maricopa in reply to Charlie_G

Sadly, did not think to ask for the first readings. It was only after coming here I realised the importance of the figures. So I can only go by what the respiratory nurse told me.

Re what Charlie G has said re 'dysfunctional breathing' it might be worth thinking about this. Having been told I had PF, then 'no its not that' - its 'lung hypersensitivity' - and then again no its not that, at my last appointment in February I was told its possibly 'vocal cord dysfunction' which is (I think?) similar to DB - and I also possibly have Asthma, 'as this often goes with VCD'. With VCD it is your vocal cords don't open as they should when you breath in. I have a persistent cough and breathlessness all the time and at times get so out of breath I cannot speak. I have an appointment for breathing tests and walking tests next week and have been referred to the chest physios, but currently they are not seeing 'ordinary lung patients' as they are working only with people who have long covid.

Look up a condition called EILO which describes your symptoms. There is a doctor called James Hull at the royal Brompton specialises in this condition. Might be worth a referral

Has reflux been looked into? That can mimic asthma symptoms and cause some people breathing issues.

Same problem for me , one lung removed but managed to live almost normally.after 3 years the SOB became worst despite good SP02 (96); none of consultants had any idea until, after a routine test, a more competent cardiologist saw some wrong waves in my latest ECG.

I had a CT scan with contrast to know that the three main coronaries where in horrible state , almost completely clogged....I was booked for an urgent angioplasty ...unfortunately only one artery was unclogged (the most dangerous) , the other two had problems for insertion of stent , but at least I am monitored and I am taking medicines.

Morale : DO NOT wait for long waiting time ...if you have problems consult a good PRIVATE cardiologist and have a PRIVATE scan with contrast; this will cost you few hundreds but it will save at least 3/months waiting time(I`ve don both in London in 10 days -cost £ 450 all in ) ; once you know the outcome then you can decide if going through the NHS way surgery if the problem is not serious, or (if you can afford to spend several thousands) do it privately in days .

PS since this Covid saga I am spending most of my disability benefits in private care and I can see the difference ....NHS is very good for non -urgent problems , but when it comes to important issues better going less on holidays or keeping the old banger but taking care of your health without delays...

I had a lung removed only because my GP was reluctant to send me for a scan ...after three months of cough I spat blood and finally I knew that a 2 cm cancer was in my left lung- various test lasted 3(!) months in the meantime the cancer almost doubled in size , if I only spent few hundred pounds privately probably i could have saved part of my lung and most of my problems.

Please, please please,DO NOT worry , almost certainly there will be NO PROBLEMS but peace of mind is priceless...BE POSITIVE!!!!

Are the NHS selling our personal information?

The reason i ask is i now have my blood tests and other communications sent to me via the NHS App....

Transferred to Respiratory unit & holed up there

receptionist that I I feel this way & why & added in fear of my life in fac & feel by being in hear...

chest, increased breathlessness, and a chest xray which shows hyperinflation of the lungs . I also...

Finally Covid got me too 🤦‍♀️

when my husband and I started showing symptoms. It has been looking more like “when, not if” we’d...

find it hard to take in as im constantly feeling breathless I have to start thinking positively...