Just a little question. I’ve read that quinine is not good for people with arythmia. I don’t drink alcohol, not for over ten years as it really doesn’t go with my medication, but have recently found alcohol free gin, and although I have never been a gin drinker, the no alcohol ones are rather nice. Caleno for example. Occasionally, in company, it is nice to have an attractive, alcohol free drink. But now I’m concerned that the quinine in tonic water isn’t good for me. I can’t find a definitive answer to this. Anybody know? 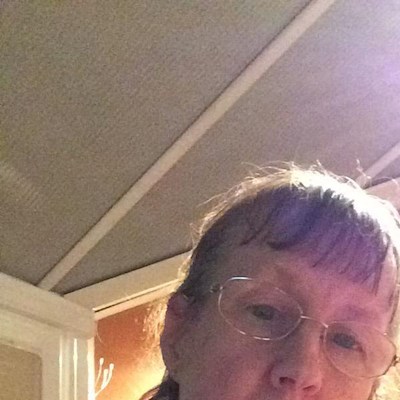 Gilli54
To view profiles and participate in discussions please or .
Read more about...
34 Replies
•

I think the general consensus is it is a bad idea.

Gilli54 in reply to BobD

I avoid it completely now after a rather bad reaction but these sorts of things are individual so there may not ba a definitive answer. Alcohol is not an issued for me but I can’t drink red wine or black tea - it’s the tannin & I’ve had to forgo my G&T because of the quinine. 🥲

Gilli54 in reply to CDreamer

There seems to be quinine free tonic on Amazon. 🤔 not looked into what else might be in there.

From what I’ve been told, quinine is a significant stimulant. Way before AF when I had a “proper” job, much of my time was spent with clients but I never had or have drunk spirits so instead I stuck to tonic water until I was told it was probably the reason why I had headaches at night and couldn’t sleep. So I stopped the tonic water and almost immediately the problem disappeared. I expect the amount I had consumed in an evening would be quite high…….

Gilli54 in reply to FlapJack

Well, I had a tiny tin of tonic in a alcohol free gin in May when visiting my son and daughter in law and I was sipping it all evening. I hadn’t even considered quinine as an ingredient. I don’t think I remember any ill effects but now don’t want to take the chance. I know as a medication it’s a very bad idea, but there was mixed info on tonic water. I think I’ll look into the quinine free tonic.

Maybe everything free is safest. 😂😂😂😂Water, anyone?

Google quinine and QT interval. Quinine is one of the substances that can mess with the heart's normal rhythm. Probably best avoided.

Gilli54 in reply to tcpace

Wow I had no idea it could be an issue. I drink diet tonic regularly and have had no ill effects before or after my cardioversion over a year ago. Hope you find a suitable alternative for your alcohol free gin if you don’t want to risk tonic.

I don’t know why I decided to check it out. I was checking the non alcoholic gin ingredients for interactions and somehow I got to checking the tonic water. Again, it is not conclusive. Quinine in a medication is a big nono apparently. But in tonic water, it is more ambiguous. But if you are having no problem, then at least you know if you ever do. 😀

I agree with everyone. I used to drink a lot of tonic, no longer due to AF. I do however have just a swig of Fevertree Bitters Tonic before lunch & supper as the small amount of bitters seem to stimulate my digestion.

Gilli54 in reply to secondtry

I’m imagining you ‘swigging’ your fever tree. Such a great word. Are you a pirate by any chance? 😂

I think if it’s suiting you in such a small quantity, then no need to stop.

secondtry in reply to Gilli54

If I am a pirate, I have been shipwrecked for a long time!! ☠️

Gilli54 in reply to secondtry

Well that’s a bummer on a Monday morning. I have been enjoying a non alcoholic G&T recently without incident (that I noticed) but I’ll be very cautious from now on. Thanks for the heads up.

Gilli54 in reply to SingingT

🤦‍♀️so sorry. I seemed not to have experienced ill effects myself, but like you was taken aback by the info I found. I think moderation is always key. But you can source quinine-free tonic, not done so yet, but am going to. Sorry to have upset your Monday morning. I think you’d probably have to drink a lot of it. But like you. I err on the side of caution.

In the hot weather a G&T is my favourite drink with Hereford-made Chase GB gin my absolute favourite! I've never read anything negative about quinine and I guess that the amount in tonic water is minuscule. Thankfully it has no effect on my heart and is undoubtedly beneficial for my mood!

I'm pretty sure that I've read somewhere that quinine was once used to treat af.

Gilli54 in reply to Ppiman

That’s why it is such an interesting topic. I just like the beauty of those lovely gin drinks despite not drinking alcohol myself. It’s nice to replicate with non-alcoholic, but very delicious alternatives.

Think the common sense theme is avoid or in moderation. A GP friend of mine told me to drink Tonic when after a lot of exercise I complained of muscle cramp in my ham strings. At night it found be leaping out of bed and dancing around the bedroom in considerable pain. Tonic water stopped it. I take it - in moderation - whenever I'm troubled by cramp. Works a treat.

Not all tonic waters have quinine in them so check ingredients. My Doc is quite happy for me to have quinine sulphate tablets for cramp. And taking them has never brought on AF. It seems everyone is different land reacts differently.

Gilli54 in reply to Desanthony

Yes, I’ve found they can be sourced from online retailers. Thank you.

Desanthony in reply to Gilli54

Not all tonic waters on the supermarket shelf have quinine either. Some of the cheaper supermarket own brands do not.

Gilli54 in reply to Desanthony

That’s an excellent tip. Thank you. 😀

Desanthony in reply to Gilli54

I found this out a few years ago and can’t remember which ones didn’t have quinine. I do remember that Schweppes had the most as I was looking to take in enough quinine to help alleviate the cramp I get but don’t think you could do that to be honest so a couple of years ago the doc put me on the quinine sulphate tablets - they haven’t altered my af a bit and EP and cardiologist are ok with my being on them.

I can’t remember which ones but I do remember that Schweppes had the most. I looked into it years ago when trying to take in quinine to help with my nightly bouts of debilitating cramp. No do t think there is enough in any tonic to do that eventually got the quinine sulphate tablets from the doc a couple of years ago. Keep trying to come off them but can’t I end up getting no sleep at all as up most of the night with cramp and the rest going to the loo or whatever😂

I have never liked gin but I do like Nature's Distillery rhubarb and ginger ultra low alcohol gin spirit. Its 0.5% alcohol and I have it with lemonade. £3.99 from Home Bargains and they do a plain one as well. Have tried Stryk alcohol free rum and it tastes like oil of cloves 🤢.

Ooh no! It’s a bit like my first taste of root beer. It tasted of germolene. If you remember that!!

You can still get Germolene but I've never tasted it 😁.

Tickerprobs in reply to Ducky2003

Well me Ducks...You must have heard the old adage. Germolene : Good for drunks and bruisers. 🤣

Ducky2003 in reply to Tickerprobs

I know. Neither have I. 🤦‍♀️But it tasted of how it smelled if you get me. I didn’t drink that root beer and have never had it again. I was quite young, and it was when Macdonald’s first opened and I thought I would try it. I think they worked out it wasn’t a favourite with people here. No idea what it actually is made of.

Just had a can of tonic water to sip along. After that felt poorly, heart in ectopic beats etc. Do not want to repeat that. So, no quinine!

on to gin and tonic how in old times it was the tonic that was supposed to stop malaria having...

I have replaced my Gin and Tonic with a non alcoholic spirit and sugar free tonic. However, I have...

colleagues mentioned tonic water but said it has quinine in it which is not very good for you.

Warfarin and Quinine Anyone had issues?

I am now on extra tablets Quinine but it does state that they can affect warfarin as well as the...

A doctor prescribed quinine sulphate tablets for my leg cramps years ago and said I could take them...