Wish me luck. Heading to the hospital tomorrow for a change in meds. Have been on sotalol for a few years and it really wears me down, particularly in warm weather. It’s also started to fail more often.

New med is dofetilide, I know that’s not available in the UK, I’m in the US. My EP has been suggesting the switch for a while now. But of course the 3 day hospital stay has put me off. Finally ready to get it over with and see if it works and gives me back my energy. I have about 500 books on my kindle, at least 30 hours of Netflix downloaded to my iPad and a knitting project. Lol! I guess I have enough to keep me busy. 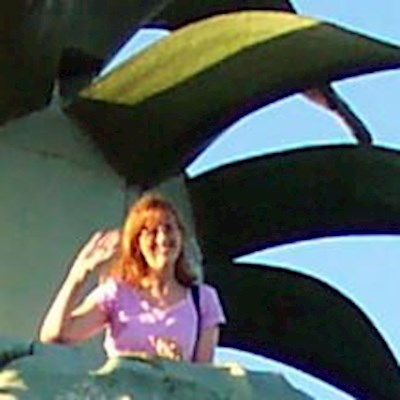 lovetogarden
To view profiles and participate in discussions please or .
Read more about...
34 Replies
•

Hope all goes well and you feel better soon. Hope you don't mind me asking why is it a 3 day hospital stint for a change in meds? Good luck

Thank you falco1! Don’t mind you asking at all.👍 This med can prolong your QT interval, which is dangerous. So they make you take the first 5 doses in hospital, where they monitor and adjust dosing. From what I understand, if it works it’s a great med, used by a lot of EPs in the US. Sotalol has the same danger and supposedly needs a similar in-hospital observation for higher doses, though I didn’t go through that when I went on it. This all scares me a bit (a lot!) but willing to give it a whirl if it helps stop my tachycardia AND gives me back some energy!

That makes sense why you need a hospital stay. Hope all goes well😀

I wish you luck with the new meds. I can understand your reluctance to go into hospital. Sounds like you are well prepared. Enjoy your reading/viewing/knitting.

Thank you Rayswife. Bag is packed with more entertainment than I’ll have time for! 😂 Now just hoping for a quiet room. Though that rarely happens.

Will be thinking of you! Hope all goes well. Do please keep us informed. I wonder when this drug will be licensed for UK.

Thanks Jalia! Waiting for the call to go to the hospital. Hope they have a room today. I too wonder if the med will get wider approval.

I have been taking dofetilide for 3 years now and fortunately have experienced no breakthrough arrythmias or side effects. The hospital stay was boring, but between Netflix, Kindle, social media, and takeout food went by quick enough. I converted from Afib to NSR while being loaded with dofetilide and avoided a Cardioversion. Best of luck to you. Dofetilide has been a life saver for me 👍👍.. etheral

Thanks for sharing your experience Ethereal. So good to hear others have been successful w this med. Happy you’re doing well on it. Takeout food at the hospital! I like that idea. 😂

Do you take anything in addition to the dofetilide? Any beta blockers?

etheral in reply to lovetogarden

I take carvedilol 10 mg every other day if my pulse is over 90. Only end up taking it occasionally as my pulse normally runs 60 - 70. Also take eliqus 5mg every 12 hours.

Thx! Glad that works well for you.

I had a 3-day hospital stay too when I went on dofetilide. I've had no problem whatsoever with the drug ever since.

Thank you for sharing Snowgirl65. Great to know it’s working well for you. Any side effects?

I've had no side effects whatsoever. (And by the way lovetogarden, I'm a gardener too.)

I like the sound of no side effects. Just saw your ablation post. So sorry about the broken wrist! What a bummer in gardening season. Hope that heals quickly. Are you still on metoprolol? That is the med that is doing me in right now. Also interested that you were treated at Cleveland Clinic! Wow, #1 facility! I’ve had thoughts of having a consult there if I can’t get things under control w my local EP.

Yea, it wasn't fun with that broken wrist -- good thing the major planting was finished; just garden maintenance now. Back to "our" pills: Yes, I'm still on metoprolol. One of the pills I take (that, dofetilide and xarelto) make me sleepy about 45 minutes after taking, but it quickly passes -- I don't know which one causes it. Cleveland Clinic is the best. I had to fire my previous EP in the suburbs because he wouldn't do anything more for me -- limited expertise, I assume. It'd be worth it, in my humble opinion, to get a second opinion there. CC does mapping and ablated the vein behind my esophagus that my previous EP couldn't do.

We’re in similar climates, love that the heavier work can be done in the cooler spring weather. My garden is in a maintenance mode now too. Though I have lots of pots with things that need planting.

Sounds like you had amazing luck w CC! strange that your other EP wouldn’t do anything for you. Interesting about the vein behind esophagus! Tricky. I really like my current EP. I did quit 2 previous ones. One who didn’t want to do anything for me. The next was eager to do ablations, but eventually was unwilling to listen and was downright rude & dismissive, didn’t like questions. 3rd one listens (usually!) and seems very skilled. He did 3rd ablation and repaired what I suspect the other doc hadn’t done well.

I guess it's like throwing dice, finding a good EP. You had quite a few who didn't listen. My previous one clearly didn't like when I questioned some of his information. He said he "tried" to ablate the vein behind the esophagus, but when my current EP went in to do my ablation in April, he said there was no scarring whatsoever with that vein, so my first doc obviously never even attempted it. I was disappointed that I had that a-fib episode after breaking my wrist, but my EP said it fell outside the 3-month blanking period -- by a week -- so I have to stay on pills until my next appointment in late November. Keeping fingers crossed -- for both of us -- that we stay a-fib free!

That’s really upsetting that your first EP told you that he’d tried when he obviously hadn’t! 😢

Tank you so much for sharing! I have been on Sotalol since march. For the last few weeks I converted to afib a few times and have been tachy. My sitting heart rate is 50, I am very active (or used to be) and now I am 70-90s. Furthermore I am on vacation at the beach where I should be relaxed. I am watching my diet and taking food with magnesium to see if it helps. If not I will see my EP when I get back.

Hope you too can find a med that works. MyEP asked if I wanted to increase the sotalol, but it makes me so tired, I finally gave in to the hospital stay to try dofetilide. Time will tell. Hope you can enjoy your beach time!

So glad that’s helped you Jacnc! Feeling more encouraged hearing that. (I used to visit NC all the time. My parents retired to Sunset Beach area. They had 25 good years there. Loved the beach and miss it!)

Do you take a beta blocker w the tikosyn? I was surprised to find that my drbwants me on metoprolol too. It’s a difficult drug for me. 😢

I take cardizen-not metoprolol , my Dr says it slows the heart to much for me .

Oh, that’s interesting! Maybe that’s an option for me as well. I’m home now from the hospital stay (longest 48 hours! Ughh…) just took dofetilide dose 6 a few hours ago. Feeling awful. Weak and woozy. Not keen to take my metoprolol dose. Called the cardiac nurse and messaged the dr, but no answer yet. Felt far better on sotalol! Ughhh…

Hi hope you are enjoying your Kindle books and net flix films that you spoke about yesterday😀 Hope your treatment is going well. Take care.

Home! Good to be out of the hospital. But feeling woozy. Not sure this drug is going to work for me. 😢

Glad you are back home. Hope you feel better soon and the meds work for you. Did you get through all your Kindle books and Netflix Vids lol😀

Lol! Predictably I didn’t do any knitting, watched about 10 minutes of a tv show download and didn’t even finish the book I was reading when I went in. 😂 But I did listen to several symphonies while I tried to relax and snooze a bit.

A tip if you have to stay in hospital overnight

Luckily I still have the box issued from the hospital pharmacy so it hopefully will be easy to...

Still to take my meds and Apixaban because of my score Have to put up with that I guess So if I get...

Doe's any one know how long Sotalol stays in body for, because taking it twice a day suggests it not

Back in hospital again

said to head to the hospital. I think it may be associated with a change in meds on Friday but ED...

Keys to a successful ablation?