Flecainide and hot flushes : I am sure there... - AF Association

I am sure there are probably loads of posts about this but I am a confused 63 year old struggling to master social media. Its taken me ten minutes to work out how to start a message (well hopefully). I had tremendous sweats before my Cardioversion which my Consultant said was probably down to the Afib after he fixed my Aflutter. I always pull his leg that he gave me a different version of the same thing when he fixed me. That said, Thursday, I am likely to be coming off the Rivaroxaban. That said I am now getting hot, sweaty flushes not as bad as pre Cardioversion. I am on 100 mg Flecainide morning and evening, probably for the next three months to created a six month post ablation post Cardioversion window to allow my heart to settle. Two noticeable things are the hot sweats (different from the old ones) and a sense of non-specific anxiety. Anyone any views as to whether the Flecainide could be behind it...can’t type Flecainide without thinking of Jack in Father Ted. 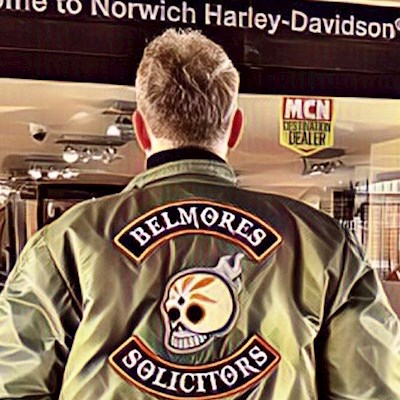 Slim2018
To view profiles and participate in discussions please or .
Read more about...
14 Replies
•

Hey, I managed it, I have posted my first message

And I get cold feet in bed so much so I sometimes put socks on much to my wife’s amusement....apparently not sexy she says

Yes, I can relate to the cold feet and hands. I dont think I had any hot flashes from flecainide but the niacin in my multivitamin gives me hot flashes.

wilsond in reply to Slim2018

Well done! I have had a few hot flushes on flecanaide,bu am only on 50 mg twice a day.....how long have you been on it? Maybe just body adjusting? Best wishes xx

Slim2018 in reply to wilsond

Since 12th October so two months tomorrow and I am on 100 mg twice a day. Its normally when I have for example cycled in the cold and then gone into a warm office. Not a major problem but just interested to know if anyone else was getting the same effect. Not regular or debilitating but just a bit unpleasant.

I notice that when I’m on flecainide my diaphragm doesn’t seem able to fully expand. So instead of taking full belly breaths I take more frequent shallow breaths. Effectively, I overbreath. The extra oxygen makes me a bit over-amped/anxious, clammy and tense. When I stop flecainide the anxiety fades.

Also worth mentioning that coming off beta blockers can make you anxious, too. Since they regulate Adrenalin you can get a rebound effect if you stop them suddenly rather than weaning over a week or two.

I've been on flecainide for 11yrs now 2x50mg daily with hot flushes that mainly occur at night along with anxiety for no particular reason and some nights worse than others. As the flecainide keeps my rhythm under control, apart from regular ectopics, I wouldn't consider coming off it so just have to put up with disturbed nights until something better comes along. 😀

Anxiety is listed as a possible side effect of flec. I had problems with anxiety BEFORE starting flec in 2011. I had help with looking at ithe anxiety issues and have various strategies that help. I still have odd days when I feel "off it" ( no AF) with bloat, ectopics and frequent peeing so I drink loads and by next day ok. All this is worth it to prevent episodes of fast AF and I have been able to reduce dose with no other treatment.

Slim2018 in reply to Bagrat

My wife says I now know what its like to be a menopausal woman and the peeing is par for the course being a 63 year old man. But if this is the price for two months of no Afib then its worth taking. I will be interested to ask my Consultant tomorrow why I am on 100 mg twice a day as opposed to a lower dose as technically I only had Fibrillation for less than two weeks before the Cardioversion.

Bagrat in reply to Slim2018

I was on 100mg twice a day for about 5 years when I got a few runs of tachycardia and weak I MUST lie down feeling got more frequent. Like you no idea why 100 chosen although I did get fast afib 180+ and take a while to revert. Have been better on lower dose and still no AFib

You don't mention any other meds but Flecainide is supposed to be accompanied by a betablocker or calcium channel blocker. I take Diltiazem alone and get hot flushes and little bursts of anxiety too.

Slim2018 in reply to Buffafly

I only have Flecainide and my Rivaroxaban which hopefully I may be stopping tomorrow. My Consultant has never mentioned or suggested I take anything else indeed stopped the Bisoprolol after the Cardioversion worked.

Flecainide didn't give me hot flushed but did I get dizzy spells! They were not just feelings of light headedness but 'nearly out of it' dizzy and it was happening about every hour. Stopped taking the tablets!

I have had afib since 2006 at age 65. Had a hole in atrial wall, which was repaired. Still had afib about 4-5 times per year for 2 to 20 hours per episode. In Oct 2015, I fainted during an episode due to low BP. Never happened before. My doc switched me to flecainide 50mg twice daily and had another episode 2 weeks later, but not as bad. Doc increased dosage to 100mg twice daily and I have been totally free of any afib episodes since then. I have not had any side effects at all with flecainide. I was on toprol XL 50mg twice daily before flecainide. I am a happy camper with my afib at this time. No episodes so far for three years.

out for a family meal and the same thing happened. I went very hot (so did my young daughter in...

last month I posted about having blackouts after converting to NSR having taken Flecainide. Thanks...

My cardioversion was cancelled some months ago and I am awaiting new rescheduled appointment/ I was...

saying that I could go on 2 x 50 mg Flecainide tablets if my AFib deteriorates.

am now on Flecainide twice a day 100 mg. I was on it for two months after the cardioversion October...