My electrophysiologist has suggested I get an ablation for my intermittent afib and etopic beats. What should I do. I'm 41 years old. Any advise on post ablation recovery or pre ablation preparation. Dr said he wants to have it done by Dec. Please help. 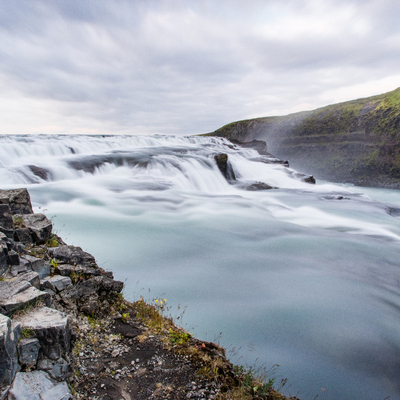 ogallardo1
To view profiles and participate in discussions please or .
17 Replies
•

Go to AF Association website and we have fact sheets on both preparing for and recovering from ablation.

Just in case you have a problem finding the 2 fact sheets.....

cat3 in reply to FlapJack

One week on from diagnosis and hoping the meds will control the arrhythmia, but read the articles and so glad I did. Many thanks.

What is the urgency here! Why does EP want it done by Dec? Sorry but this seems odd if you are only getting intermittent AF.Please don't feel.pressured,ask questions.Then consider your options.....

I feel the same way.

Not clear if you have already decided to have the ablation. Do you feel informed enough yet to make the right decision or do you prefer just to go with with the EP’s advice? Nothing wrong with that if he is experienced and you trust him.

I consulted many EP before I had the ablation

Make sure you are 100% happy with your EP before you make any decision.

Omar, would I be right in thinking that the ablation would be done privately as normally it could take up to a year for it to be done on the NHS....

Buffafly in reply to FlapJack

I think 'get an ablation' is an American term, so probably not UK?

Obviously Omar, we do not know how much you know about AF.

Paroxysmal AF is when episodes of either fast or sometimes slow irregular heat beat occur, often without warning. Effects and symptoms vary enormously but the general thinking is that over time, these episodes can increase in number and eventually, Paroxysmal AF can develop into persistent or permanent AF. Treatment Is normally using either medication and/or an ablation. The drugs used can be quite potent and it’s not unusual for EP’s to suggest the ablation route particularly for younger sufferers because a lifetime of taking drugs for some, is not an attractive option.

Most EP’s also believe that the quicker an ablation is carried our, the more successful it is likely to be because the AF has had less of a chance to affect the overall condition of the heart. Naturally, you must not feel pressured into having treatment you are not comfortable with, but what has been suggested is not unusual for someone of your age.

There are many other things to consider such as lifestyle which can effect AF. Being overweight, drinking alcohol and being involved in extreme sports activity will not help AF, but I strongly suggest that you read as much as you can about AF on the AF Association webpages so that you can make some informed decisions and of course, always ask questions here on the forum before you make your decision.....hope this helps.

Don’t be rushed into this decision. If you have a choice where to go- be sure to go to an ep who has done thousands of complicated cases of afib. Most docs can only ablate the 4 pulmonary veins- and this is in fact insufficient for many. It can then set you up for several failed ablations. No matter who does it- expect to have 2 as that is quite likely going to happen. The surgery itself is not bad at all and neither is the recovery. I’m young too and chose this route as the meds actually made me have more episodes- and I didn’t want to take these drugs long term. I may have to be on a blood thinner but I can live with that.

Take your time and read a ton. This site is great. The most important thing you can do today is lose weight if needed, drink very little alcohol, and stay well hydrated. If you are an avid exercise fanatic you may need to reconsider that as it’s a known cause of afib. Even if you get an ablation you need to stick to the above or it will reoccur. Most afibbers need to supplement with magnesium- not to be done without talking to doc if you have any other health or kidney issues. Be careful of any meds that raise heart rate like cold medicines. Hope that helps. Sounds like you aren’t feeling awful and in crisis and in that case I’d take my time with this and find the best doc you can if you decide to do an ablation. Best wishes!!

I’ve been on the waiting list for 14 months. Had my pre op 2 weeks ago. However, I am not on any medication, except anticoagulants & my episodes are very few & far between (I know that can change in the beat of a heart - excuse the pun!). My quality of life is unaffected. So I have decided to put the ablation on hold. I am going to be extra careful with my lifestyle & hope I don’t have to resort to one. But as others have advised on here I will know when I think I am ready for one.

You are a lot younger than me & research does say that outcomes are better if the condition is treated before AF becomes permanent.

Don’t be pressured - make the right decision for you. Let us know what you decide to do.

How problematic are your AF episodes? As far as I can see Ablation is a significant operation, which basically involved killing of a (tiny?) part of your heart muscle. And judging from other responses on this site a) may not work so you may have to have more than one operation and b) may not last (you may need another one in a few years).

Different consultants will often prescribe different things too, so a second opinion might help.

Because my AF does not cause any problems I have been advised to leave it alone, BUT each one of us is very different. So in summary I'd make sure I'd talked at length with the consultant and really understood why he is recommending it.

What is the hurry? If there is a need to hurry then you need an in depth explanation as to WHY. This feels like money grabbing to me.

Need some advice: ablation set for 8/9; vacation planned for 8/12

have the ablation on the the 9th, what should I be prepared to deal with as far as recovery goes?...

Woke up in afib again, converted by exercising. Need some advices.

I didn't take any medicine daily nor at the onset of afib. Total time spent in afib was about 30...

something I should be doing to help my body feel less tired.

Thank you in advance for your...

I'm contemplating if I should have an ablation done or not. I'm needing some advice.

doctor who said I was a canindate for ablation. But I'm struggling to decide if I should get it...

Just after some advice

34 yr old male here. Been having af problems since January last year. Had a couple...