So I am 10 years into my battle and have been so very lucky as compared to many. My cancer was caught early. I have no bone mets, and the few lymph node involvements have not grown for a few years now.

What I don't know is what are the next steps for a man with essentially no mets if the Xtandi continues to fail. I meet with my Onc on Monday the 18'th and want to have some alternatives to present.

Thanks and peace be our journey! 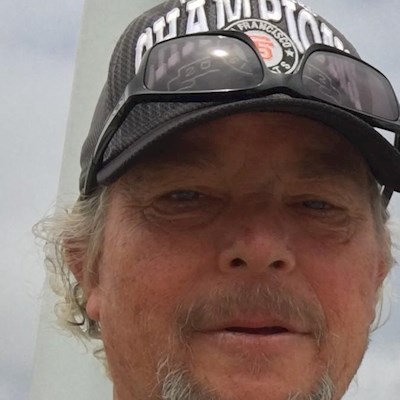 zenbee13
To view profiles and participate in discussions please or .
Read more about...
13 Replies
•

Erleada has recently been approved for non-metastatic castration-resistant PC. Another hormonal agent, durolutamide, will probably also be approved shortly.

Thank you Bro. I have it on my list for the Oncologist now

Tall_Allen in reply to Bob10

Bob10 in reply to Tall_Allen

Tall_Allen in reply to Bob10

They pick a date when they think half the men will survive until, considering the recruitment lag time.

My Onc said that Elaida is just Xtandi repackaged, so to speak, to extend patents for Janssen. Bummer

"Applications seeking regulatory approval of ERLEADA supported by data from the Phase 3 TITAN study are planned for 2019."

There is a trial ongoing or just beginning on Xtandi plus Indomethacin[An anti-inflammatory used for gout]. We already have anecdotal evidence, of men here using Xtandi, where it was beginning to fail, or PSA was not moving down. One gentleman here got a script from his GP, and in 30 days his PSA that was stuck at 0.3, for a year, after rising from undetectable, and fearing castrate resistance, added the Indomethacin, and became PSA undetectable.

I asked around at my Cancer Center with the Trial Nurse Coordinator, and she confirmed that they were aware, and considering the use of Indomethacin, and other anti-inflammatories, in conjunction with other SOC drugs,like Xtandi. My understanding that the dose is 25 mgs, twice daily. This could be a good alternative for your visit. Go to a search engine. and search Indomethacin and Prostate Cancer, pull the papers on it, and take to your next meeting, on the 18th.

Bob10 in reply to Nalakrats

Can't it be used with zitega also

Nalakrats in reply to Bob10

Appears to work with AR blockers, which Xtandi is. Zytiga and Xtandi work thru 2 different pathways. But i have no info if it works with Zytiga, and on second thought it might work with Casodex, or allow Casodex to work again--just theory.

You are a gem among gems my friend! I've added it to my notes to discuss with my OC

Oncologist said that with the current state of my blood work Indomethacin was a non-starter. Good news, at least I think it's good, is that I've got a bone scan coming up on Thursday. If clean, as all have been so far, I will go off all meds and monitor month to month.

I think we all want to get off these damned drugs. I know the risk, and am comfortable with how we will track this. I'm just so happy to be free for even a month I jumped at the offer.

being taken off Xtandi though his PSA is low (3.7) they suspect his PC is not producing PSA. His...

What comes after Zytiga and Xtandi have failed?

What's next after Xtandi fails?

I sense his 16 month run with Xtandi will be ending soon. His is PSA is fluttering.

Failed Docetaxel, then Xtandi, what next?