We've found meds that work for my 7yo son, but there's a problem. He's always been hugging the low end of the curve for weight, and on the med that works for his adhd and doesn't give him headaches, he's starting to lose weight he can't afford to lose.

Does anyone have tips on how to mitigate or reverse this?

Note that his appetite has never been an issue. He has a good appetite; he just has a metabolism that burns it off just as quickly.

I don't want to sacrifice his dietary needs or physical health, and I also don't want to give up the gains he's made or go back to his high risk behavior.

Unfortunately my search for answers so far has mainly found articles about using stimulants to intentionally lose weight, which obviously is the opposite of my goal.

I've also considered consulting a dietitian, but options are still limited in the realities of pandemic life.

Any advice would be appreciated. 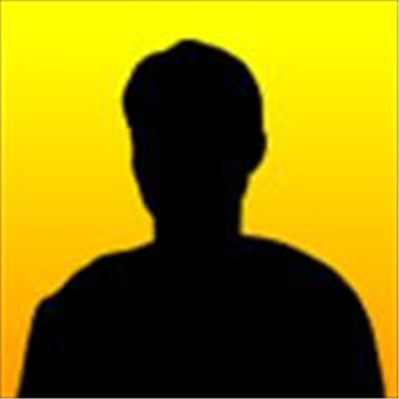 Peerandparent
To view profiles and participate in discussions please or .
8 Replies
•

I think this is common in the beginning and it for us it got better, boy our son can put away pizza like no body.

A few things: if possible feed him a good meal before giving medication. We also include protein shakes ( like milkshakes) with ice cream blended. Our son loves smoothies so we add protein shakes or powder.

We also always give our son a treat, after he eats protein with each meal. For example: everything bagel with ham and bacon with egg and we add cheese. For dinner we have him eat an extra taco with extra cheese ( within reason). Our son is not much of a milk drinker ( but you could give whole milk).

Our son loves banana, peanut butter and any kind of chocolate. We give him snack like mini pizzas and add extra sausage and cheese.

So we bulk up everything and give him 2 protein shakes ( he like Carmel and vanilla from Costco).

It also helped that we told him the medication he is on makes him not feel hungry.

This is a big problem for us! My son is just not hungry. He’s gained hardly any weight in the last two years from being on stimulant. Our latest thing that we’re trying is peanut butter. Whenever I see him I give him a scoop of peanut butter. I try to get five or six of those in him a day to add on extra calories. My son is not a fan of the protein shakes, etc. I also try to make sure he has a bowl of ice cream and a big glass of milk before he goes to bed.

Onthemove1971 in reply to 4travelers

Lots have tried pudding, rice pudding, custard. Hot and cold chocolate milk with whipped cream Milkshakes with whole fat milk. For us this phase did not last. Our son is over 6 feet and over 170lbs now.

The only thing we have found to work is sneaking in extra snack times during the day. Big breakfast at 7am, 200cal snack on way to school, same 200cal snack right after school, dinner, and then a small snack before bed. He is also very fast metabolizer. He doesnt like having to have the snacks as he is not hungry but its a non-negotiable. If he wants to have I pad time he needs to eat. I hate pushing it but it works. Since I implemented the small snacks during the day I have gotten 5 pounds on him in 3 months.

He is almost 7 so I am hoping once he hits the teen years he will get an appetite back.

We found help with Cyproheptadine, which is an antihistamine used as an appetite stimulant. Our son (6) put on 7 pounds with increased appetite. Unfortunately, the effect does wear off over time, and he has lost 3 of the pounds he put on. We plan to work with our child psychiatrist to cycle him on and off of it. Otherwise, look for protein shakes, nuts, high fat yogurt, etc, and try to feed early/late/extra wherever possible. Good luck!

Same here for our 11 year old. Our Dr told us we may have to switch him to Strattera / atomoxetine, which is supposed to not be an appetite suppressant but I'm not too fond of switching meds now that he is more stable. I make sure he has at least one Ensure a day and I try to give him whatever he wants to eat within reason. I try to add high calorie dense foods as much as possible. He was on Cyproheptadine for a while but when we added anxiety meds I just felt 3 medications was too much for a kid so I discontinued the Cyproheptadine. But he did add about 6 lbs while on it for 5 months. Good luck!

We found it was mostly an appetite suppressant rather than burning a lot more calories. As long as we officered him food he liked later in the day when his meds were wearing off, he made up for not eating during the day. Getting him to eat around lunch time was a waste of effort though.

Totally with you on this issue. For my son it has never settled, as he continued on medication, his appetite got worse and worse, and same like in your case- he has never had a big appetite.I personally advise what works for my son- if he can’t eat I just give him Paediasure. I count calories so I know that he gets at least 1200 per day but preferably more as he’s a very active 9 years old who loves sports.

On a bad day when he really can’t eat he has 2-3 Paediasure shakes per day. But this means I am not wasting time worrying about his eating, or arguing with him and trying to make him eat more, we are just getting on with after school activities, play days, clubs etc.

I noticed when meds were out of his system about 5pm his appetite was better so I made sure that would be his main meal. Also I always used to make sure he’d eat a good breakfast of at least 400 calories.

He’s now on a non stimulant and his appetite is bad but not as bad as on stimulants. On stimulants he really seemed not to enjoy his food at all, not even stuff he used to love.

It might be an idea for you to discuss this with the dietitian because then you’d know what caloric intake your child needs at this age, how much protein etc. to maintain a healthy weight and growth.

summer, and he has gained too much weight. I am wondering if the medicine affects his metabolism...

tried any meds and I am scared to start. What would be the best med for him. How do the meds effect...

Has anyone done genetic testing to see which ADHD med is best for your ADHD child? My son's doctor...

So heartbroken with our meds journey

really has clicked for her. My son is 7 and his meds works like a dream. Seeing how effective his...

stepson is 11 and he has just started taking a stimulant two weeks for his ADHD. It's very new to...