I am new to this group. My son( 13) has been diagnosed with ADHD last September. He started with metylophenidate 10mg, then 20mg. After the increase we noticed that his behavior got a lot worst. Lack of respect, some anger, he became mean and easily irritated. We did the Assurex gene test, that showed that he is a slow metabolizer. Today we starting Adderall 10mg. I am very scared. I don't want our hopes to get crashed again. I understand , finding a right meds is a process , but still...

Doctor suggested Vayarin and/or L-theanine as supplements. Any thoughts about that?

It is super hard to be a mom of an ADHD child. Seems like nobody around has a clue. So sad. 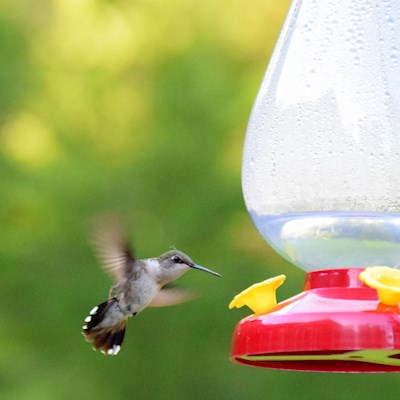 Aniusia
To view profiles and participate in discussions please or .
Read more about...
22 Replies
•

I can definitely understand the medicine changes. My son was 6 when he was first diagnosed with ADHD so I understand your frustration. My started with methylphenidate 5 mg as he he got older the dose changed. It took some getting used to he went through some changes as well, he was very emotional crying all the time no angry so much just cry. He's 14 now and on methylphenidate 36mg twice a day uhhh. He did try adderall when he was younger but it made him feel weird so I tossed the whole bottle down the toilet. I hope this makes you feel a little better.

Aniusia in reply to Nikkie4445

Thank You Nikkie4445- yest it does make me feel better. Knowing that somewhere there we might see a light is very helpful. I am just afraid, he is going to get so discouraged that nothing works , that he will refuse to try new meds. You know how 14 years boys can be... stubborn!

Did you ever give your son any of the supplements?

Nikkie4445 in reply to Aniusia

Seeing a therapist on a weekly basis helps my son. it's so important for them to have that extra support.

Aniusia in reply to Nikkie4445

My son also meets with psychologist , however he doesn't want to go. He does not recognize the problem and says that I have a problem instead .

No supplements it was recommended but never got them. I did get him melatonin gummies 5mg to help him sleep peacefully

My son has been on Vayarin for a while now, and we have noticed a positive difference. In fact, after the first 90 days we decided to take him off it to save some money, and within 3 or 4 days his behavior was getting worse and worse.

I totally understand wanting your child back. Unfortunately it is a process, and as his body changes what was working might not anymore. One thing that my son’s psychiatrist said that makes sense is, stimulant medications will pickup on the person’s mood, so it’s important to look at that in addition to the ADHD. We started noticing a positive change in our son’s behavior when we started treating his anxiety first, because that’s what was causing a lot of his outbursts. And with your son also being a teenager, with all the hormonal changes that come with that, it’s even tougher.

What did you introduce for his anxiety? My 7 year old has ADHD & anxiety (along with a bunch of other issues). He’s on 5mg Ritalin and doing well on it (focus wise) but his anxiety is so upsetting. For some reason, the thought of adding a mode stabilizer terrifies me. Anyone try CBD oil for their child’s anxiety? Thank you!

My 7 year old’s anxiety is helped a lot by taking guanfacine er 2 mg. It is used for ADHD but it mostly helps him with anxiety. It basically relaxes the amygdala, which is the part of the brain in charge of fight or flight instinct. So it makes sense that it helps with anxiety. Really haven’t seen any negative side effects. Will make them sleepy for a few weeks but that wears off. It can actually help them sleep better at night too. Doesn’t seem to help with focus or motivation much. But it can be taken along with a stimulant so that is what we will hopefully try doing next month.

First we tried Prozac by itself, and that helped, but he was still very anxious, so we added Abilify. When we started with his psychiatrist she switched him from Abilify to Risperdol. CBD oil is not legal for ADHD use in my state (GA) so I have no experience with it.

How was your son doing on Abilify?

It helped at first, but after a month didn’t seem to be as effective. The psychiatrist said the dose he was on probably wasn’t doing anything for him because he was so big for his age. She switched him to Risperdol to help him sleep in addition to stabilizing his mood.

Did he have any side effects? Gain weight? Ticks?

Not with Abilify. He’s gained a significant amount of weight on Risperdol, which is one of the side effects. Abilify was created as another choice to Risperdol. It doesn’t have the weight gain side effects, but it also doesn’t cause drowsiness, which is why our psychiatrist switched him to Risperdol. I would find a pediatric psychiatrist to work with if you are trying to find the right combination of medications. Your pediatrician can only help so much.

My son came back home today after the first day on Adderall 5mg. He says his hands were shaking at school, and he felt hyper. Then around 2pm he said he felt sleepy. Is that normal ?

Right there with you, no one knows.

You might want to get your son tested for Pyroluria. It is possible the metylophenidate is bringing his zinc levels down. You need to get zinc right: too little you get anxiy& depression (resulting in anger & irritability), too much and it harms the immune system. Try looking at pyroluriatesting.org.

You're not alone and I say " I just want my boy back" too. My son is 11 1/2 and he was a really quiet little toddler. He played quietly, he spoke quietly etc. He was fine until around 4 or 5 and then I started noticing changes in him. One day, his kindergarten teacher casually told me that he has ADHD and I was floored. I didn't even know what that was. I got a test pamphlet and everything on there was him. It's been Hell ever since. He takes 2 32mg concerta pills each morning for school and one when he's not in school. That's the methylphenidate and if it weren't for his medication then I would probably be in a loony bin. It not only helps him but it's a huge help to me as well. I'm here if you ever want to talk. My name is Melissa, btw 😊

Aniusia in reply to virgo02

Hello Melissa, thank you for Your post. It is good to know there are other moms going through the same challenges. Nobody around with neurotypical child seems to get it. School year starts soon and I am stressed already.

Is Concerta the same as Methophenidate?

virgo02 in reply to Aniusia

Yes, concerta is the name for methylphenidate. He takes 2 32mg pills in the morning before school and one when he's not in school.

Aniusia in reply to virgo02

I see. My son , during school year , takes Methophenidate 5mg and 2.5mg Abilify ( mood stabilizer) Now, during vacation he only takes Abilify. I guess his Methophenidate is Ritalin not Concerta. I got confused for a second.

We used Vayarin for years. Along with Deplin (L-Methylfolate).

Loosing Vayarin has been life altering. His quality of life has kept decreasing since we ran out.

He isn’t ADHD or anything similar. But it eased the symptoms of his various challenges.

I swear, with Vayarin, it’s like his brain was at ease. Relaxed & humorous & sharper intellectually. It was like a filter for his brain. Without it he is edgy, more depressed, easily agitated, etc.

Crazy as it may sound, it’s like his brain is swollen or infected without it. It’s not one huge thing, just all the things affected when you are edgy.

I’m trying to get Zoom, same as Vayarin but in Israel.

I don’t want to home school my ADHD/anxiety child

My 11 yo has severe anxiety and ADHD and even normal homework can be a battle. I...

11th grade son. I have a lot to ask, but want to start with the most pressing issue. Should we give...

Mother of 2 boys with ADHD

of 2 boys ages 8 and 6. Both are diagnosed with ADHD and my youngest was just recently diagnosed...

Embarrassed by boys’ behavior at playground

Their behavior at school is pretty good but...

how to deal with ADHD with a 7yo boy?

yo boy. He got dx with ADHD last school year. He has some emotional behavioral issues and gets...