I've been reading about pramipexole withdrawal on here... what are the most common side-effects? I have gone down over the last 3 weeks from 1.5 to 1.25 without any (except I have rls... lol) and want to cut again, but now am super nervous. My doc said to go to 1 next... not even sure how I'd split the half of what I'm already splitting. 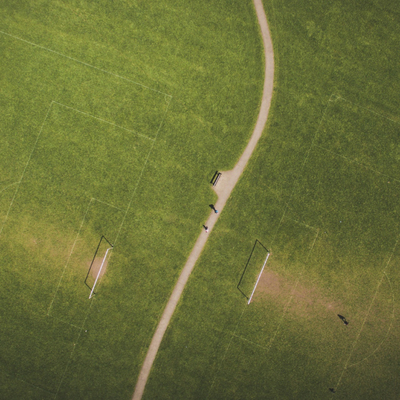 dodonnell
To view profiles and participate in discussions please or .
Read more about...
6 Replies
•

Hi, I have some suggestions which you may find helpful.

The most comon withdrawal effects from pramipexole are a worsening of the symptoms and sleeplessness. Sleeplessness can be total.

The severity of these effects varies between individuals but also depending on what dose you're reducing from and how fast you reduce.

My first suggestion is that you ignore your doctors instructions.

This is partly because if this is the same doctor that prescribed you 1.5mg pramipexole this is twice the recommended maximum dose for RLS and this doctor is irresponsible and ignorant.

It's also because the rate at which they are suggesting you reduce could be way too fast.

There two main things that affect the severity of withdrawal effecst. One is the speed at which you reduce and the other is that, commonly the lower the dose you reduce to, the harder it gets to reduce any further.

You may find it relatively easy to reduce from 1.5mg down to about 0.75mg (the maximum dose). I doubt it will remain that easy.

You could try reducing to 1mg at your next reduction, then leave it at least two weeks before reducing again. Withdrawal effects, as such, should settle down again after two weeks, if not wait up to 4 weeks.

I don't know what size tablets you're currently using, I'm guessing they're 0.5mg. These really are only for people with parkinson's disease.

Your easiest option is to get 0.125mg tablets and make up the reducing dose from these. To get 0.0625mg you can cut one in half.

I am on .75 mg tablets. They are easy to half w just my hand because they are scored down the middle. So that in half is 0.3725. Then if I try to slice them in half, it would be seemingly too much to try to stop in one shot. (0.167...) I have a full container & don’t really want to have to toss it. Ugh. I’m so unsure of what to do. I’m going on vacation in 3 weeks (first one since the pandemic started & ill b fully vaccinated & I’m going skiing & will be in a townhouse w my daughter... no hotel or lodge for us) so I don’t really want to rock the boat while trying to have some fun.

You are on the right path! Manerva and others have guided me through the gradual ending of my 20-year ride on pramipexole. It took me several months to taper off this very bad drug. Thanks to Manerva and friends, I realized that I had severe AUGMENTATION, from the pramipexole, which I thought was instead, a worsening of my RLS. Read about Augmentation on this blog - very important!

Bottom line, after several months of tapering down and accepting that I would have many nights of little sleep, with lots of wandering around the house, I am pramipexole-free. Listening to audiobooks helped me get through those long nights.

Now the surprise: With a few months of no pramipexole, gradually -- I also have no RLS. 20 years of insane jumpy legs and now, they are quiet. Why, I don't know, but I sure had Augmentation -- big time! Now, this is just me and I make no claims for others. I have also lost weight and am doing a lot of meditation and anxiety relaxation work. Listen to Manerva and go for it...

Hi, i went cold turkey on 0.088mg just after christmas, after finding this site, learning about the long term effects but stupidly without fully investigating the the withdrawal effects. ....

I incorrectly presumed because this was the lowest dose and id not been on it long id be fine ..

When i did find out i shouldnt have just stopped, i was already a week in Apart from my RLS coming back at night (the prami totally cured it) i also got a tingling fizzing / buzzing sensation in my arms and legs during the day and the night

it lasted about 2 / 3 weeks before slowly disappearing.

A couple of months on ive got no further withdrawal symptons but im definately on the lower end of the severity spectrum having read others comments on here. And im managing to self medicate for now along with trying some of the suggestions on this excellent site .

Oh my! I still have not gone down anymore, since about a month ago. I recently started getting body aches all over. I was thinking that maybe I was getting the flu or have some sort of something that affects the whole body... nothing related to my weaning off prampexerole. I wonder if that’s the cause. Thx for your response.

Listen to what Manerva says, he always gives good advice.

explained I wanted to drop the pramipexole due to starting augementation this was what he’s...

for two weeks and then Bad read bad. What would be my next option? Please help. Thank you (I...

to 25mg last week that I was on it having bad side effects my doctor said I did not need to table...

Has anyone who has had terrible Mirapex pramipexole withdrawal symptoms ever reinstated to their...