Weight loss: I was at the nursing home when... - PSP Association

I was at the nursing home when dad got weighed today. He is down to 129 lbs (58.5 kg) and is 6 foot 2 inches tall. All he wants to eat are sweets, skipping most of his meal. When he entered the facility he was at least 50 lbs heavier. I know the staff is trying to get him to eat, he just doesn't want much. I have visited at meal times and tried to get him to eat without much better results then the staff.

I've had 2 family members pass in the past several years and towards the end all they wanted was sweets to eat. Guess I am just wondering out loud if dad could be nearing the end... 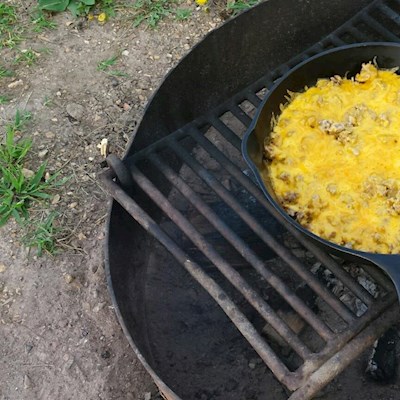 Dadshelper
To view profiles and participate in discussions please or .
6 Replies
•

I'm sure not qualified to say whether your dad is close to the end (although he sounds a lot closer to the end than the beginning...) but is the Nursing home trying to blend protein powder into sweet-tasting smoothies for him? I always thought if my guy was at the end, the one thing he wouldn't give up was his Starbuck's frappuccino (!) I thought I'd add protein and vitamin powder to them and he'd get by...

Didn't get to test that out, but I wasn't going to deprive him of his sweet

I am at this stage too with my wife. As you will have seen it is not just fat that has gone, but I expect a lot of muscle loss too.

As I have said here before, if it is like the Parkinson's weight loss there are issue with some of the metabolic pathways (the processes the body uses to make the food available to itself) which become flawed. If so it is not just the food intake, but that the body becomes inefficient in using the food too.

Quit often at this stage of PSP/CBD appetite diminishes too. My wife was refusing food a lot. I sat down with her and talked about her body needing food and the risks of other illness if she didn't. Additionally we added high calorie liquid drinks to her diet. Her weight has stabilised for now.

As to it being 'near the end' I would doubt it, but everyone is different. I imagine eventually my wife will become so weak that she will be prone to chest infections and that will be a lot nearer the time.

I do hope this helps a little.

Will the care home make smoothies? If so extra protein, and cream/icrecream can be added.

Hope you find something that appeals to your dad

As Kevin said he has lost a considerable amount of muscle mass and the head nurse did say it appears like he just doesn't process the calories from his food. She was going to get in touch with the doctor and see what else, if anything, can be done to stabilize his weight.

Yes George likes banana milkshakes easy to make for him. Hopefully care Home can do shakes for him? Yvonne xxxx

Hi Dadshelper, my wife's lost at least 10 kg and has little appetite for food or liquids although she will tuck in to a full meal but it needs about an hour to administer. Check that the nursing home devotes enough time to this task.

Doctor asked him if...

weight loss ,i seem to be eating like a horse but in the

Weight loss 2 and a very big thank you.

It's been quite a process and we are both much more comfortable now.

This is an amazing...

'problem'), just by missing a meal. Now that mealtimes take a long time he tends to eat less,...

Dealing with the loss of my father

home towards the end but we couldn't have asked any more of them. They were fantastic with him.