HIFU Question : Was wondering if anyone... - Prostate Cancer N...

Was wondering if anyone has experience with HIFU. I know it’s practiced at UCI, Cleveland Clinic snd others. Any recommendations on specific doctors would be appreciated.

I’m consider it instead of brachytherapy radiation and having trouble gathering meaningful data points. Thanks. 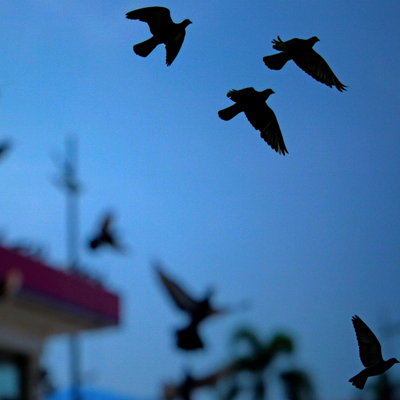 SkyH
To view profiles and participate in discussions please or .
Read more about...
13 Replies
•

Dr. Michael Koch gives an excellent talk on it in Grand Rounds of Urology, which you can find by googling. Its for a very small subset of 10% or so of low risk patients.

I guess you could say I had HIFU. It didn't get all the cancer the first time (Germany). Or the second (Germany). Or the third (France). Or the fourth (France). I may have set a record for most HIFUs, as well as for insanity, if not stupidity. It got most of the cancer, but it's still there, under control, no metastasis, just enough to keep me at a steady state of anxiety. Also minor incontinence, considerable ED. And $$$.

I don't know how advanced radiation was in 2008, or '09, or '11, or '15, but everything doctors told me and that I read (journal studies) was kind of frightening - nobody told me anything about focused radiation except for proton beam, which I was told would have cost $100K at Loma Linda. I'm fortunate that I could afford it, but I didn't get the impression that anybody really knew what they were doing.

But if I had it to do over again now, going by what I've learned on this site (which I'd never heard of until about two years ago, I think), I would probably choose radiation from the best practitioners I could find. I'd say the chances that HIFU would work for you are fairly small but not impossible, chances radiation would work are pretty good but not guaranteed. PC treatment is a crap shoot - this site bends the odds more to your favor.

Thanks for putting it all out there!

Five years post full gland HIFU. No problems with ED or incontinence. PSA has crept up to 1.7 so further treatment will be needed at some point. Waiting on axumin scan. I have zero regrets about pursuing HIFU rather than the external beam radiation prescribed. After prior TURP surgery I was told that I was not a good candidate for RP surgery.

I had HIFU just 3 years ago. PSA nadir 1, bounced as high as 3.2, last one 2.1. Recent clear mpMRI but local activity shown in Ga68 PSMA PET. No mets showing. Waiting for biopsy results. All free under the UK NHS. Not a single penny paid. How fantastic is that...

My nadir was undetectable. I am fortunate to have reached medicare age so my recent care hasn't cost me much. I did have to pay out of pocket for HIFU since medicare/insurance didn't cover it. Medical cost tax deduction defrayed some of that cost. I'm curious where that local activity showed up for you. Was that still localized to the prostate?

Many thanks for your input. I have G9, taking Orgovyx for 2 months; psa down from 28 to 3; extra capular extension, psma pet scan said 3mm “suspicious “ tracer in 1 lymph node. Very close to committing to HD brachytherapy at UCLA but no reading more about HIFU.

It was local and the puzzling thing is that the mpMRI 2 weeks earlier was clear. Definitely definitive. Maybe. biopsy will prove all. Hope to stop bleeding and bypassing the catheter soon. It's a joy...

Was thinking I’m not a candidate based on G9 and extracapular extension. But I believe the targeted candidates are growing for HIFU as burning the cells may be better than radiating them.Thanks for your feedback and congratulations on your outcome!!!

I had HIFU done in August last year, by Dr. Samuel Peretsman in Charlotte, NC. I also considered Dr. Scionti in Florida for TULSA, but Covid got in the way. I went from PSA 39 to 0.01 after 3 months, and since then his practice changed labs, so it's reported as <0.1 now after 1 year.

My advice is to go slow - you have time to make the decision that's best for you. Maybe you'll feel more comfortable with surgery or radiation, but it's your choice.

Both Dr. Peretsman and Dr. Scionti in Florida are experienced with HIFU, and have years of experience with DaVinci and radiation. Dr. Scionti also does TULSA. Dr. Peretsman doesn't push for one technology over another. He will tell you the pluses, minuses, and tell you whether you are a good candidate for HIFU. He is not conservative regarding margins when he performs HIFU - he wants to get all of the cancer where he is treating, and consequently have a low likelihood of it returning.

The first urologist I saw started to make an appointment with a radiation oncologist before even discussing options with me. I changed to Dr. Peretsman after learning about his experience, and I live in Charlotte so it was easier for me to get a consultation. However, he treats men using HIFU from all over the country.

If you haven't done this already, get a second opinion of your biopsy by Dr. Epstein at Johns Hopkins.

I had a 13 x 13 mm lesion shown on MRI in the left apex, extending entirely toward the apex from the left lateral perifery.

As an aside, I also insisted on having the biopsy done transperineal - the Mayo Clinic stopped doing transrectal biopsies due to sepsis occurring at an unacceptably high level. It was only by asking my first urologist about how the biopsy would be done that I discovered I had a choice. I later changed to Dr. Peretsman.

I had the slides sent to Johns Hopkins....they said it was Gleason 7 (3+4) - a more favorable diagnosis, grade group 2, involving 80% of the total fragmented specimen, with 30% Gleason pattern 4 and no cribriform morphology. This was also a more complete evaluation, telling me how much was Gleason pattern 4.

My prostate volume was 51.3 cc. You may read that HIFU can't be done on prostates larger than about 35cc, because the ultrasound waves may not be able to reach where the cancer is located. This is not entirely accurate, because it depends on where the cancer is located, and a TURP or chemo can be done ahead of the HIFU to reduce the prostate volume if needed. I had some calcification in my prostate and had not yet decided if I would have TULSA by Dr. Scionti or HIFU by Dr. Peretsman. Dr. Peretsman doesn't do TULSA. I sent ultrasound images taken by Dr. Peretsman to Dr. Scionti, showing the location of the calcifications. Dr. Scionti told me due to the calcifications I was not a good candidate for TULSA, even with a TURP to remove them, but I was a good candidate for HIFU. The calcifications worried me because they can block sound waves and I wanted the best possible outcome, so I asked Dr. Peretsman about it and he said if desired he could do a partial TURP about 3 months before the HIFU to remove the calcifications. I did this. He did it 3 months ahead so I would not be healing from the TURP and HIFU at the same time.

The site itself can be slow to load, and the website will ask for your email to allow you to see it.

Best of luck with whatever you decide.

SkyH in reply to JJD25

I really appreciate the detailed feedback! Very helpful. I’m definitely taking my time and doing research. This is quite helpful.

salvage radiation (another hifu is another 15k).

Probably going to do Cyberknife.

News that Medicare will begin to cover HIFU in 2021 but they are evidently being very stingy about...

on July 26 of this year. The second night after HIFU I got an involuntary erection, with the...

Germany after HIFU treatment. Alan had to have a TURP to remove calcium deposits followed by HIFU...

California HIFU, in Santa Rosa, about HIFU. He looked at my biopsy and pathology reports and felt...