Difficult Diagnosis PMR/GCA: Hi. If you go back and... - PMRGCAuk

Hi. If you go back and read my posts you will see that my symptoms are textbook I just don’t have the inflammatory markers to prove it. I am also 44 which makes diagnosis difficult and I now got a negative TAB. I still believe that PMR and GCA is what is wrong with me. I was hoping people with difficult diagnosis stories or people who took a long time to get diagnosed might want to post their stories here. Please be aware that I would like to show all the stories to my GP in the hopes that I can be put on prednisone agiain and see if I respond rapidly, like miraculously again. I can’t say thank you enough to this site, you guys really help keep my spirits up. It’s been so so difficult to be so sick and to be doubted. The TAB felt like a lifeline and for it to be negative was heartbreaking. Please understand, I don’t want to be sick just the chance to get better 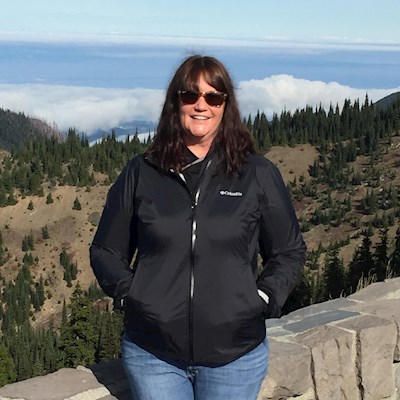 Boozsa
To view profiles and participate in discussions please or .
Read more about...
13 Replies
•

I wasn't diagnosed for 5 years - I was 51 when I first went to the doctor and went at intervals thereafter. My ESR/CRP were never out of "normal range" - the highest the ESR has ever run was 16-18 over a period of weeks while I was in hospital with a major flare that practically stopped me moving! Usually my ESR was in low single figures. This is a relatively common finding in younger patients with PMR?GCA. As a result my GP insisted there could be nothing wrong. When I did finally get to try pred I went from the tin man to being able to move normally in under 6 hours with 15mg pred. I also had thigh and bicep claudication, jaw pain when chewing, briefly scalp tenderness as well as a long term sore throat and cough: all typical GCA symptoms. My current rheumatologist is a world name in PMR/GCA and both he and another top PMR/GCA rheumatologist agree with me that I almost certainly have large vessel vasculitis but it is now too late to do imaging and prove anything. After 14+ years I still have symptoms when on too low a dose of pred.

Daisychain12 in reply to PMRpro

I was older when diagnosed with PMR( 64) After a year this it then morphed into what I believed was GCA. With my doctor’s permission

I went from 10mg to 21mg and at this point it seemed to hold the searing, boring pain that I was having in the side of my head. At all points along my journey the highest ESR reading was 16 and except for one occasion with an infection the highest CRP figure I had was 3. The doctor did not believe that I had GCA as there was no indication from looking at the temporal arteries and no pain in that area, only at the sides of the head and the back of the head.

I went to a private Consultant rheumatologist for a second opinion and he diagnosed cranial GCA. No TAB could be performed as I had been taking steroids for just over a year when I developed GCA.

Daisychain12 in reply to Jackoh

For what it's worth the first doctor I saw about my pain didn't even consider PMR because as far as she was concerned my blood results, including inflammatory markers, were all fine. Months later a new doctor looking at the same results sent me for further tests. My ferritin level was practically non-existent, but CRP and ESR were still considered "normal for my age" (I've since learned they were actually moderately elevated). Nevertheless a pred trial was ordered and I've never looked back. For the most part my doctor has been very reasonable. But, fortunately I guess, I was in my late sixties by diagnosis so no one quibbled about my age!

I was diagnosed with a virus which went on for at least three months. A long term virus! I was told that whatever I had was nothing serious and it would go away. In the end I went to see a rheumatologist privately. I was in agony by then.

Daisychain12 in reply to piglette

Daisychain12 in reply to HeronNS

I had symptoms 4 years previously GP told me I had a virus them CF then when I was 61 I was in agony chronic fatigue and unable to get out of bed shower or dress myself ,

It was then I thought about a lady I supported who had Polymyalgia ,found this site and went to war with the GP . He totally disagreed that I had PMR as bloods where all in normal range

Told him if I had CFS is was all in my head and I needed a Mental Health Assessment the lady that completed it agreed with me that I had PMR as her Mother had it.GP still said no so I asked for acupuncture 3 days later saw a GP for this and the first thing she did was to ask me to turn around .I was very defensive and said I dont have Fibro no she said but I am sure you do have PMR started Preds and it was a miracle.

Daisychain12 in reply to Rose54

Thank you all so much for these stories! Keep posting, I made an appointment today with a rheumatologist I saw last year... just hoping for him to listen and just TRY me back on prednisone again. The appointment is in February. I also made an appointment with the Ear, nose and throat doc who thought I had TMJ almost two years ago so maybe he will be willing now since nothing I did for TMJ ever helped.

Hiya, I feel for you. It is awful how we are treated sometimes and I do hope these posts help.

I am 51. I saw a private rheumatologist in August who said poss PMR and to do the Pred trial. I saw a neurologist shortly after (for gait disturbance) who said not to and tried to park me with neurological issues and no help.

I then went to see seperate shoulder and hip specialists at the local MSK clinic (no one was joining the dots!). I was diagnosed with a resolving frozen shoulder on the right and impingement on the left! Global weakness of hips but clear MRI. Went for a few hundred quid's worth of private physio which made shoulders worse!

On top of this I had terrible fatigue, depression and difficulties walking. Then I made a post in this forum and everyone said ''duh..!!'' so I went back to GP and demanded the Pred.

I am now 3 and a half weeks on 15mg. Shoulders no longer impinged! GP has pretty much confirmed PMR and I have been referred back to rheumy due to age and leg issues which havent resolved with pred. I can now get dressed without yelling in pain, touch my toes, hold my own head up and get out of a chair! (The jury is out on the leg weakness.)

All the best with your appt next week!

very knowledgeable about PMR and GCA. He is questioning my potential diagnosis due to the need for...

a month into my diagnosis of pmr and undiagnosed gca?

life with regarding the GCA diagnosis. Several times I have been put on Prednisone 60mg for varying...

having both PMR & GCA. I'm new to this forum so haven't posted here before.

Alendronic Acid - needed or not?