A quick one, but probably has no easy answer and has probably been asked a million times. So, having gone from zero to hero in less than 24 hours (barring some very small non-specific prelude signs only seen with hindsight) I don't actually know what this condition (GCA) feels like apart from Temporal pain and dodgy eyes. At the end I was feeling spaced and in peril in a fuzzy sort of way but that mostly went three hours after first dose. On 60mg then 40mg Pred for four doses now with head pain gone and eyes fine. However, I feel, well, what can I say? Spaced, not me, hungry yet not wanting to eat (distressing), blood sugar dips, intermittent raging gastric burn, dizzy, weak but clearly my muscles are the same as three days ago, new fleeting low back tweaks (stiff neck gone though!). After a dose I know the hollow head, dizzy, stoned ill feeling is that, so I take it at night now so I can sleep through it and I do luckily. Wake in morning feeling hungover but it improves during morning. I have walked the twice now and feel great with no problems. When I got home I felt non specifically unwell for an hour or two. I get periods when I am totally normal, or so I think, then need to lie down but I don't feel physically tired. I look rubbish, my skin is flushed. Who is This in the mirror.

Is this the Pred? I have seen so many people on brief high dose Pred for asthma who never complain. Can one feel this rubbish so soon on it? Or, is this the condition that was about to happen but less bad but we got to it quickly before I went pop?

Thanks a million for support so far, you've saved my bacon, 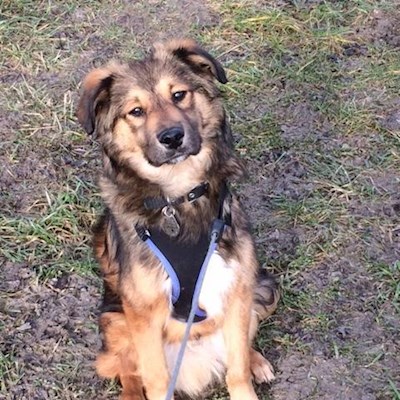 SnazzyD
To view profiles and participate in discussions please or .
Read more about...
10 Replies
•

Probably - you're experiencing the Duracell Bunny effect. Unlikely to be the GCA. Everyone reacts slightly differently to pred - never made me manic or even euphoric!

But don't be misled - you are still suffering from a serious systemic condition.

And no wonder, your body has just been pumped full of chemical adrenaline, so as I used to describe it - one minute you feel you can rule the world, so much energy you could run half a dozen marathons, one after the other. Plus as you say, you then feel shattered, but sleep eludes you - your brain is going nineteen to the dozen. Or as my late hubby used to say -like a heap of maggots! Not a pleasant thought, but I knew what he meant!

I never really got the opposite effect of depression which many get, thank goodness.

It does get better, but it takes time for your body to become accustomed to the drug - like most - and it affects different people differently, if you are quite slight then maybe it has a more profound effect on you.

Plus, as PMRpro says you still have the underlying GCA which is a serious problem, and that doesn't go away just because you're taking the tablets!

I won't lie to you and say life will be easy with Pred, GCA etc, but it does get better, and as I've said before once you begin to feel you are controlling it, rather than as at the moment it's controlling you, you feel more at ease with life.

Had a relatively good day today, a great zonked out sleep this afternoon on a pillow that felt soft to my head at last, luxury! I wish I could stop having to cram information ready for battle and just rest, but I'm nearly there. Trying to work out how to slow down my life with just 12 spoons, a resident elderly relative, child in yr1 Uni, child 2 doing GCSEs, husband at work a lot so I run the show, three days a week manager of a cancer centre charity and occasional practice nurse (that will go now 🙁). The prospect of possibly having to give up work is depressing. It's the thing that makes my heart sing (the patients) and it's a salary though without good sick package. Being at home with the dog and a, bless him, not very positive father-in-law who is gutted that I've out gunned him on the illness front does not fill me with cheer. Thank goodness I can lose myself in my garden now the spring is coming, allegedly.

One side effect of Pred I have noticed early is the inability to write short emails or messages.

Yep, once you start writing, the words just keep coming! There are many books in the offing on here - if we could just concentrate long enough to do it!

Hehe - it's just as well my PMR appeared LONG after my dear MIL was dead and cremated! She couldn't cope with her son having cancer and being the centre of attention and turned her nose to the wall and died! She'd have enjoyed a seat with your FIL ...

You know, maybe the occasional practice nurse might be easier to cope with than the cancer charity - you have to decide which makes YOUR heart sing louder and which helps you get out more.

This thread put me in mind of the day I was in labour with our first child. An exceedingly long labour. And my poor peter pan of a husband began to moan that he was having a sinus attack. Oddly enough I didn't care!

Had he been mine I might have given him a different sort of headache. On the transference of pain principle...

I'm keeping quiet on this one - VERY quiet!.. (he said, cowering behind the sofa..)

I endorse all that the others say here (PMRpro, DL etc). As for writing messages / e.mails, as Rudyard Kipling once said: "I'm sorry this letter is so long, I didn't have time to write a short one". On the other hand, he did make Exceedingly good cakes..

Keep smiling on the Journey!

Thank you Bored, Dizzy and Bonkers. Once the tears dry, humour is the only way in my book. There you go, needed to prove I could still do a short one.

currently only ever get 3 hours sleep in every 24 and feel spaced out and dizzy most of the time -...

informed that I have the starts of cataracts in both eyes, a side effect of steroid treatment I was...

Reducing Prednisolone to reduce side effects?

with it and by the next day apart from feeling a bit \\\"spaced out\\\" I was pretty much back to...

steroids for about three months, I have the normal Down feelings after taking my Preds in the...

Side effects after prednisolone

Hi, I've been off pred for almost four weeks now and am experiencing some awful symptoms. Stomach...

Does pmr ever go away? Does anyone know of anyone that has...

On top of everything else, Now I have covid19!