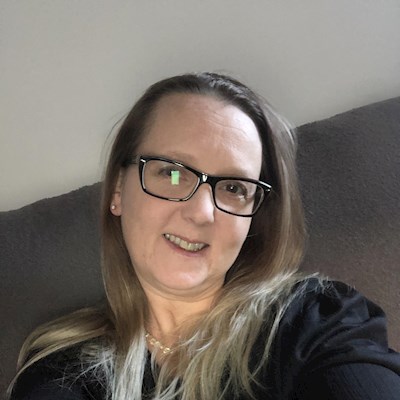 Leese1974
To view profiles and participate in discussions please or .
Read more about...
9 Replies
•

Ah ok, there’s definitely a lot of side effects from taking them and coming off them it seems. I’ve been stopped a week as I was fed up of feeling stoned every morning (best way to describe it lol) I’ll soldier on without them I think as they don’t have good rep I’ve found out on here in terms of duration of taking them. Thanks for your response 😊

l was amitriptyline too they gave it to me when l had a bowel infection and l would wake up with pain. It helped but l was also on acid reflux medication too and l was having constipation. When l read the side effects on both medications this is a side effect on both so l stopped taking it and l have felt better since.

Leese1974 in reply to Indianajones

I’m on Omeprazole for acid reflux due to the antibiotics I have to take for a skin condition. It’s like we have to take one tablet to counteract the effects of other tablets! The constipation from them is a nightmare! I’d rather feel a bit of pain at night than have my entire constitution messed up! I’m down to 2 Tramadol slow release, 1 in morning and 1 at night for my back and pelvic pain. I’m trying to do a ‘mind over matter’ thing with the middle of the night pain. Sleepiness all day from the Amitriptyline was getting me down. Had to stop them. Thanks for your reply 😊

Indianajones in reply to Leese1974

I don’t have the pain in the night now so l can manage without the amitriptyline and the side effects.

I was prescribed amitriptyline for pudendal neuralgia but I would wake up with a headache too. I stopped taking them and headache stopped. I used to have migraine and hadn't had them for years so for me the correlation was obvious.

It is a case of trial and error with meds a lot of the time I think. It’s the lesser of two evils really. I’d rather have a bit of pain at night (kind of controlled with 2xTramadol) than feel like a zombie all day every day. I only ever took 1 Amitriptyline at night, I’d hate to think what it’s like for people on higher doses. They’re horrible tablets, I never want them in my system again! Thanks for responding 😊

Hi, sorry I’ve only just seen this post. I have been stuck on amitriptyline since 2007, and have been trying to get off them for some years now, and it’s been very difficult. I’ve gradually whittled down the dose, as originally was prescribed 50mg. I first realised how hard it would be to get off them when I had an uncontrollable shaking, so badly I was walking with a stick, which nobody could pin down to anything, until I got a diagnosis for coeliac disease. (The amitriptyline is for my back and nerve pain). I found out by accident that the shaking was withdrawal from the tablet. After my thyroid started to improve following a gluten free diet, eventually, I had my thyroxine medication reduced over a period of many months - cutting a very long story short. I commented to my doctor that I thought the gluten free diet was helping my thyroid and she explained that as my gut was gradually healing, I was absorbing my medication better, so would need less thyroxine. That’s when the penny dropped, my shaking had also improved, because I was no longer feeling the effects of amitriptyline withdrawal. As I had initially blamed it on my coeliac disease. I had read on another site about amitriptyline withdrawal and seen the nasty affects it was having on people. I have also noticed that as I am once again, trying to reduce my dosage, albeit very, very slowly, that my migraine headaches have returned. I’m at the stage now, where I take 2.5 tablets (which is equivalent to 25mg) one day, and 2.25 tablets for two more days, then repeat. It’s going to be a slow process, and I can honestly say, I wish I’d never heard of amitriptyline, even though they help with the amount of nerve pain I get. My method for reducing is not one I would tell anyone else to do, but it’s what I am doing as it seems the only way for me.

You must be super-sensitive also, if you are having shivers etc. (I was on tramadol at one point and came off that abruptly, not knowing it was an opioid, and I had shivers, agitation, upset stomach, body aches, and all sorts). I hope your symptoms soon pass.

I recently stopped as well.