Struggling with mornings: Hey guys hope you are all... - NRAS

Hey guys hope you are all going on ok

This may seem really silly but sometimes I start work at 8 and i really struggle with it. I feel awful most of the morning but when I start later at 9 or later never feel as bad 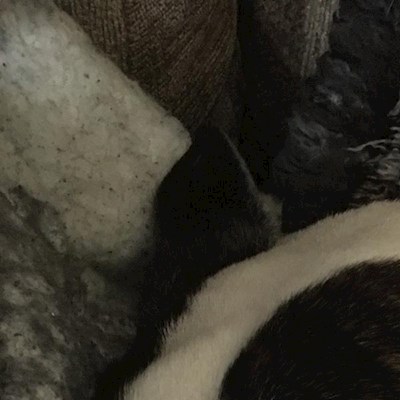 Gottaloveastaffy
To view profiles and participate in discussions please or .
15 Replies
•

I hear you! I also struggle with mornings. While I've never been a morning person, mornings are definitely more of a challenge since my RA diagnosis. I also seem to need more sleep. As a result, if I have an early morning I try my best to go to bed early. I also try to give myself more time to get ready. Prior to RA, I could usually get ready in half an hour. Now, I try to give myself an hour and a half. Coffee definitely helps!

I’m just the same! Thank goodness I’m now retired. I don’t fix up any appointments before 10 am if I can help it.

I'm retired so don't have the morning rush to get to work, but I still struggle to get up and get going. It is often lunch time before I'm ok.

Hi, love your pen name and yes you do I agree!

I'm certainly with you in this and whilst I've never been a morning person..always a night owl, I certainly struggle more since my RA diagnosis in the mornings and don't

come too till around 11am, I can't face breakfast first thing either, these cold dark mornings don't help much as well.

I've definitely got later for work but luckily we have flexible hours so I start later and finish later ..but I'm always considered "late" by some of the 8am brigade at work but they don't see me still working gone 5pm as they've legged it at 4pm!! 🙄

It doesn't sound silly at all...

I'm an early bird and quite often get up at around 6 but it still takes me at least a couple of hours and several cups of tea (not to mention, quite often a couple of pain killers) before I can really get moving...

I'm lucky in that I work from home and can just sit at my desk in my dressing gown, but I know I'd really struggle to get up and start rushing around straight away so what you say makes a lot of sense to me.

Not sure what I'd really suggest other than going to bed, and therefore getting up, a little earlier on those days when you need to start at 8 so that you still have time to "come to" at your own pace... although even better if you would be able to re-arrange your hours so that you don't have start at 8 at all!

Thanks for your replies all I’m so relieved that it’s not just me !! I have never struggled to get up but yes I need more sleep it seems 🤪. I was thinking as one of you had mentioned about seeing if I can change my hours but I feel silly saying can I start later due to this especially as working from home where I can just wear my pjs if necessary 😃. But I keep worrying about if we go back into the office I would have to leave home at around 7:15 I don’t think I’d make it ! Any way appreciate your replies and will be thinking on this xx

‘Morning stiffness’ is always listed as a symptom of RD, but it’s really ‘morning pain’ I have discovered!I have to give myself time to do some stretching exercises in bed before getting up and doing some more before I can get ready for the day.

I m very glad I’ve retired - have no idea how you working folk manage.

I've never been a morning person so have always struggled with early starts. My work hours have always been unusual, sometimes until 10 pm, other times just "office" type hours and being self-employed I took whatever I could get when younger, often doing a long run of three-session days followed by a few weeks of no work.RA appeared nearly 2 years ago at 59 and since then I've been more choosy over what work I take - I realise that I'm lucky to be able to do that. Apart from occasional "special situations", I don't start work until 10 am (I start at that time when working from home and leave for work at that time when travelling) and if I do work until 10 pm, I have the next day off. This helps me with stamina and hopefully keeps the RA symptoms at bay.

I usually get up at about 8 am and 2 hours is the perfect time to "get going", allowing me to have a good relaxed breakfast and do my hand exercises in the shower. I've recently started trying to do an exercise session with Mr Motivator too after a recommendation on here!

Thanks 😊 yes I think it’s the drained feeling I get. I work in a contact centre pretty full on most of the time and I need that time to get going. I think I may end up asking to be taken off the earlier shift if possible

I’ve always had a problem with early mornings and used to have to get out of bed by 6.30pm when I was working . I bought a Lumie body clock alarm which wakes you with an artificial sun dawning (and a buzzer). And I had a clockwork alarm (in case of power cuts which happened all too often) as back up. Worked for me!

3LittleBirds2 in reply to Lolabridge

I received one of these for Christmas..great aren't they, I wake up to a sunrise and waves crashing on the shore! It's not helping with the stiffness but definitely with waking up brighter.

Lolabridge in reply to 3LittleBirds2

Mine is really old now so no crashing waves but it’s still great!

i am very lucky as i work for my family so although i am meant to start at 9am its more like 9.30 that i limp in lol I cant do anything quickly in the morning but move a bit better after my hot shower, you have my sympathy starting at 8am

Yep sounds like me too hate the mornings although it’s better in the summer months. I used to struggle if I had to make an appointment with GP for a blood test or whatever to get an appointment after 9.30 am or better still in the afternoon because a 9.30 appointment meant I had to be up at 7am or I wouldn’t manage to get there and it’s only 10 minutes away. God only knows how I managed to go to work but towards the end before I was retired on ill health I cut my hours down and worked 1-6 pm with travel still meant it was a 8-9 hour day though. It’s usually between 11 and 1pm before I could say I’m dressed and moving as well as I’m going to now but I’m lucky to not crash and burn by 3pm when I’m flaring or even because I’ve done slightly too much pacing is very difficult still lol.

how dreadful I feel first thing, and then after a shower, getting dressed, I tend to feel a bit...

tablets started methotrexate Friday was praying I wouldn't get side effects some hope been...

breastfeeding. I really don't feel like it is working! My fingers lock in the morning and the...

and hydroxychloroquine. I struggled with both of these drugs due to feeling ill the majority of the...

frightened for what lies ahead, its getting so hard to get up in the mornings and think of facing...