My gorgeous twins were born a week ago Saturday, and they are utterly perfect.

One of them feeds, sleeps and repeats nicely. The other one, the smaller of the two at 4lbs 13oz at his recent weigh in, really struggles with settling.

Tonight for instance, he’s been fed and winded and rocked and put down. But every few minutes after going down, he screams the house down. This is mainly in the evening vs day time naps. He seems only comforted when on me, over my shoulder or tightly held against my chest on his side.

I did mention it to the midwife who just said it’s normal but it means I am literally getting no sleep at all… which isn’t sustainable.

It may be that he’s just so tiny, he needs cuddles for reassurance. But I wondered if you have experienced similar and any advice to help him settle a little better please? I’m worried he’s not sleeping enough and the constant upset then makes me upset for him that I don’t know how to help him settle better xx 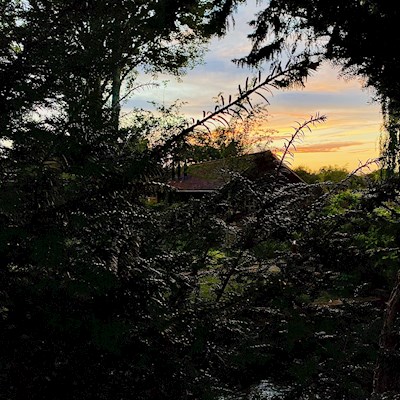 XOXO13
To view profiles and participate in discussions please or .
13 Replies
•

If it’s mainly evening is there a difference in sleeping quarters eg moses vs bedside? Do you try to put him down after a feed and if so how long do you keep upright after a feed? I am definitely no expert as mine is only 4 weeks but we had a few similar nights with him in the early days. We found he needs a good 20 mins burp after feeding, needs a feed immediately before going down, and some repeated attempts at going in the snuzpod (ie cry, pick up, cuddle 5 mins, try again). We also found he got cold surprisingly quickly for the first 2 weeks and the safe sleep temperature guidelines went out the window temporarily-more blankets needed and we needed the heating on overnight. The swaddle helped massively and I also have a ewan the dream sheep that he seems to like now-we got it as we had to stop swaddling last week due to him starting to show some sideways rolling movement even this early. I feel your pain-it’s a wretched place with no sleep. Xx

To clarify, we have an accurate room thermometer and he needed more clothing and covering than recommended for the room temp in the first 2 weeks-we had him in a vest, sleep suit, swaddle, and thin cellular blanket over the top at 21C the first 2 weeks. Anything less he got cold quickly and cried. In hosp the room temp was 24C and he was swaddled in a blanket, blanket over top, and hat so not v surprising he got cold when we tried to just have the swaddle at home with no hat or blanket and colder room. Xx

Both my babies have been like that, they love to sleep on me, and struggle to be apart.We learned that to take shifts to sleep, I fed baby to sleep in the evening and then go to bed leaving her downstairs with her dad. Then I go up and get to sleep. He then keeps baby sleeping on him until the next feed. I found doing it like that I found the night waking much easier if I'd had a sleep at the beginning. He then did the same in the morning, he'd get up earlier than me before he went to work and keep baby downstairs out take her out with the dog for a walk in the pan

Pram while I laid in or had a shower.

We also gave a little formula or expressed milk if it was his shift and they needed feeding before I'd had much sleep. I found as long as they were only getting a a small amount it didn't affect my supply.

My 2.5 Yr old now sleeps in her own room and my 6 month old is spending more and more time in her next to me and less time on me!

These early days are tough, I told my husband I thought I'd had a stroke because I couldn't put a sentence together one day. I wanted him to phone 999 and he convinced me to have a snooze first. Xx

Hi, I would lay my little on on a muslin, whilst she was feeding, it would heat up between me and her and also have my scent on it, she would go back down without issue and sleep

It is completely normal, I think some people call it the 4th trimester. Babies naturally want to be near you all the time, you are the thing keeping them safe and protected. Getting them to settle on their own without touching anyone is unnatural and so they have to learn how to. The first few weeks are hard and you have to find what works for all of you. No advice just that its normal and it gets easier.

Thank you everyone! He is very restless at night so I tried to tilt him slightly and pull him closer to his sister and that’s actually helped a lot. He has lots of snuggles and closeness before he doses off!

Thanks for all the tips xx

Congratulations on your twins. Glad your little one slept better last night. If you are breastfeeding there is a specific Facebook group for twins and triplets.

Twins trust also have loads of info including webinars which may help.

Firstly congratulations 🎊, secondly after having 5 kids I can tell you there is no right or wrong way of doing things, what works for one child may not work for the other but one thing I swear by is swaddling baby.

Have you tried swaddling him? Our babies used to feel more reassured when tightly wrapped up. Also so sleeping in the same cot can help.xx

XOXO13 in reply to Cinderella5

Yeah, I swaddle them each, then they have another shared blanket over them (they’re tiny babies so need the warmth). Tilting him slightly seemed to help. He is full of mucus so I think it’s causing him some discomfort at night. Xx

Cinderella5 in reply to XOXO13

We did the same to keep them cosy! He may also have a little bit of reflux too if tilting is helping. Sounds like you've got it covered!!🤗xxx

I feel your pain! I literally have been through this and still going through this- although not as bad now almost 6 weeks later.

My daughter was almost 4kg at birth but would not settle unless she is on me especially at night. I did the following to help, swaddling, making the Moses basket warm with a hot water bottle, taking it in turns with hubby, allowing her to fall asleep on my chest until she was in a deep enough sleep to put her down.

These things worked with varying degrees of success. I found that when I accepted that this was one of her idiosyncrasies and planned for a mostly sleepless night, I coped better. Hubby will take her after dinner whilst I slept for 1 or 2 hours in preparation.

At almost 6weeks, she is sleeping at night much better so I hope you can be reassured that your baby will grow out of it. However, my daughter is now wilfully stubborn during the day and wants to be cuddled all the time which is slightly easier to manage but still frustrating! Two days ago, she went all day without sleeping! Because every time we put her down, she cried. However, again with persistence, she is slowly improving although it is still hit or miss.

Hang in there mama! With time things will improve 🙏🏾

don’t feed him again for 2 1/2 hours at least, she said the constant feeding has probably upset his...

Hard to sleep when baby sleeps if baby hardly sleeps! & takes ages to get him to drop off. Cant...

Sleeping in heat for newborn

Sleeping for newborn in this heat. How is everyone making sure their baby stays cool in this heat?