Brown bleeding and some small clots at 6 weeks pregnant - NCT

I am nearly 7 weeks pregnant and started to have a small bit of pink blood when wiping which started around week 5. It had since turned brown so I thought it was just implantation bleeding. However today I have passed a couple of small clots and the blood has increased in amount, it still isn’t enough to fill a liner but I am worried that I am having a miscarriage.

I had a pregnancy of an unknown location a couple of years ago so I’m not sure what normal pregnant symptoms are as everyone is different. Has anyone experience this before? 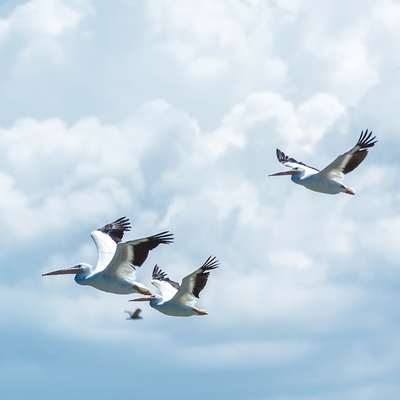 Jayneody
To view profiles and participate in discussions please or .
Read more about...
8 Replies
•

Hey Janyneody. I think this is something to defo get checked out, you can get an early scan and be able to see something at 7 weeks, even a private scan if the hospital won’t see you. I suffered a miscarriage recently and this is how mine started, brown blood and some clots, although some bleeding is normal it can be a worry. Mine gradually got more and more until it went red and I had cramps too. I’ve got fingers crossed for you it’s nothing to worry about xxxx

Thanks for your message ChrissyR85.

I am very sorry to hear about your news, I know the pain of losing a pregnancy first hand and it’s awful.

I have a scan tomorrow at the hospital, the not knowing is dreadful, I think it’s going to be a very long day today. Not had any more blood clots but still brown blood so trying to be positive but I think that I know what’s going to happen.

Best to get it checked out, but bear in mind that bleeding doesn’t necessarily mean you’re miscarrying.

I had some brown bleeding at around 5wks Along with mild cramping , and then I had some pinkish discharge a couple days after. I had a scan at early pregnancy unit, and everything was okay. I was super early so they couldn’t see too much but could see enough to rule out ectopic pregnancy and could see the sac and the embryo inside , and it was measuring perfectly at 5weeks.

In my first pregnancy at 6wks, I had red blood with clots. It usually happened after sex but not always. Anyway, scan confirmed heartbeat. Hope you get good news x

I experienced some brown spotting, bleeding, and small clots at 6 weeks. I went in for a viability scan straight away. I was IVF so had this built in to my treatment but you can get it done privately at not a huge cost.

I would definitely suggest you do this to put your mind at ease as it could just be physiological, a lot of people do experience this in the early stages of pregnancy.

Wishing you all the best, and will have my fingers crossed for you.

P.s. everything was ok for me at that stage.

Experiencing this now and freaking out.

Any update on this???

I hope your doing ok. I know seeing the bleeding and clotting is awful. A lot of the other messages I got from my post said that it was just spotting and their babies were absolutely fine. Bleeding and some blood clots can be normal.

Unfortunately mine was an ectopic pregnancy in my right tube. I had methotrexate to end the pregnancy but two days later I was in a lot of pain and had to have emergency surgery to remove the tube as it had ruptured. We’re healing now both physically and mentally but trying to stay positive.

I'm hoping everything thing is okay, but unfortunately after multiple miscarriages I always fear the worst.

I've contacted my doctor's in hope for an early scan and hopefully answers.

I'm so sorry to hear about your loss and everything you've gone through. Xx

I'm 6 week pregnant and have brown spotting since last week. Sometimes I was yellow colour. No...

advice! I am 6 weeks pregnant on Monday (today Friday) and i have had two days of dark brown...

tissue it looks light brown. Don't have any bleeding but have back ache. I do have slip disc so...

to be brown blood when I wipe but I’ve put a pad on just incase. I’m not in any pain just have tummy