Following a successful first round of IVF in March I am now 24 weeks pregnant with a little girl which I am so blessed with. Following my 20 week scan they advised that I have an anterior placenta and she is lying transerve face down. To date although I have had some movements it’s not really strong or patterned movements. Can anyone else who has or had an anterior placenta share their stories on if they felt much movement and if so at what weeks? I know everyone is different but I just get super stressed out all this and feel a little robbed that I don’t feel what other moms do who don’t have an anterior placenta. 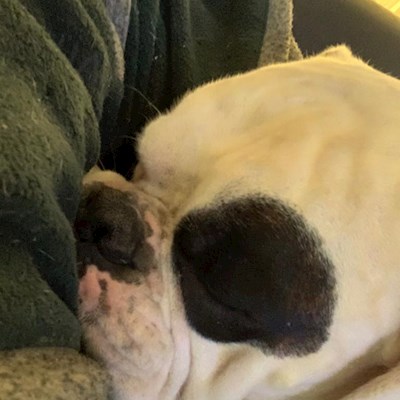 Waitingforthebean
To view profiles and participate in discussions please or .
Read more about...
8 Replies
•

Hi, I also had an anterior placenta and my little pudding was transverse. (I also had IVF 😊).

I prob started feeling little flutters almost like air bubbles around 25/26 weeks then around 27/28 I felt a kick. Once you feel a kick you will know about it and they get stronger and stronger. Everyone’s different so try not to worry (says she who worried all the way through lol).

Thank you, and as you say everyone is different and to try not to worry which I do tell myself everyday but my brain has a different view sometimes!! Many congratulations on your girl.

Congratulations on your pregnancy, I too have an anterior placenta & was worried I would miss kicks etc, i felt fluttering from week 15ish but week 21 felt what i can only describe as vibration. Im now 30 weeks & have felt strong kicks/movements from around 25 weeks. You will definitely feel movement stronger as the weeks go on, once I didn't feel them as strong for a day or so but was reassured by the hospital they are still quite small still at that time (which I honestly didn't think about) x

Thank you and congratulations to you too. Yes I do also forget how little she is, apparently from an app I use today she is the size of a papaya so in the grand scheme of things not that big! Yes I am sure it will change in time over the next couple of weeks and all my worries hopefully will get better although I am sure this is just the start of lifetime worries! All the best for he rest of your pregnancy!

Thank you, yep I agree the worrying never stops 😊 🙈 if it helps I use an app called kick count which was advertised at the hospital, I use it for reassurance - my midwife suggested it be used from week 25 as that's when we should have kinda established there pattern... for me it's been a saviour so just thought I'd let you know about it.

All the best with the rest of your pregnancy too x

Yes, IVF too, currently 32 weeks with an anterior placenta and baby is currently breech and tucked under my ribs - ouch!

Hey 👋 Comgratulations! I had and IVF pregnancy with anterior placenta too (I wonder if this is a thing? 🤔🤣). I didn’t feel much until 24 weeks. Then I REALLY knew about it as she had turned head down. It was the oddest feeling looking at her wiggling about on the 20 week scan and not being able to feel any of it!

I didn’t use the app as I thought it would make me too paranoid wondering why she hadn’t kicked as many time as the day before etc. I didn’t need to worry she settled into a nice pattern 9.30-11am, 3-5pm, 8-11pm and between 3 and 5am (which was the worst). During these times she would kick my ribs and wriggle and squirm non stop. Then when she grew bigger and there was less room she would be so active it was hard for me to sleep. She is 6 months now and constantly moves (even in her sleep). I think she’s just an active baby.

Hope the rest of your pregnancy goes well 😀

I had an anterior placenta and I was around 24 weeks when I felt movement, it was 4 kicks at about 12.30 at night, I’m sure I posted on here about it

18+1 & still have not felt any movement. I do have an anterior placenta so I’ve been told it may...

here a few weeks ago about the fact that I had a anterior placenta and hadn’t had any movements yet...

definitive movements yet and I’m 22 weeks pregnant. I was told at 20 week scan that I have anterior...

my 20 week scan and everything seemed fine thankfully, apart from the sonography said my placenta...

scan 17 weeks it was private and noticed on well being it says placenta location is anterior.....
•
13 Replies