I was told today at my scan at 21w + 4 days that I have an Anterior Placenta, I was just wondering if I should be worried or if anyone has had this before where they could offer some reassurance? Thank you! 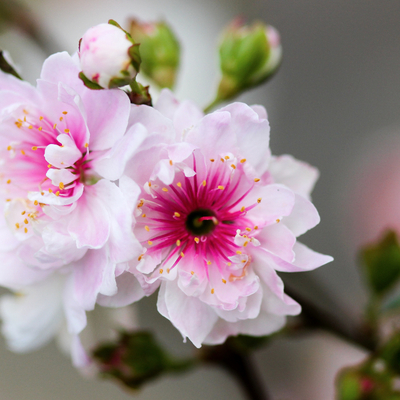 RMOBX
To view profiles and participate in discussions please or .
13 Replies
•

It is very common, i have one! It’ll act as a cushion absorbing those early baby movements, so you won’t feel much compared to someone who hasn’t an AP x

Thank you, that’s good to know! The woman who did my ultrasound just made me a bit worried!

I had one and it’s very common. Just means you might feel less movement than someone without

Thank you for the reassurance!

I have one, I’m 34 weeks pregnant. I just didn’t feel much baby’s movement until later in pregnancy, but midwife told me it’s all good and placenta’s position is very good.

I had one and it poses no issues. The only thing is that you may not feel the kicks as strongly because it is essentially a cushion between you and the baby x

Its just the position of the placenta...anterior means front. I had one at 16 week scan then 18 weeks I felt movement and kicks and by 20 weeks it had moved further up so feel kicks all the time now.

Thank you! This really helps, I really appreciate it

Had it in all three pregnancy. Very normal. Just you can't feel movement as strong

I had 2 anterior placentas when I had my twins! No issues just like others have said it can cushion some of the movements so might not always feel them when they look active on scans but obviously don’t let that stop you getting checked if you ever do have reduced movements! The only time it’s a concern is if the placenta is low lying and is too close to your cervix but just being anterior is nothing to worry about x

Hey, I've read through a few of these comments but not all of them so I don't know if anyone mentioned this. I had an anterior placenta with my first and like most are saying it cushioned the babys movements BUT I just wanted to mention that in my experience because my placenta was at the front, when I lay flat on my back the baby lay on something, I'm not entirely sure what (I can't remember it was 6 years ago lol) but it made me faint! The doctor said the oxygen was stopped from going to my brain due to the pressure of the baby as the placenta wasn't cushioning her. This happened during my 20 week scan so I lay on my side for the rest of my pregnancy lol! Just thought I'd mention it as it really scared me at the time and it may of just been me or it might be a common thing with anterior placentas

Thank you so much for sharing that with me, its really kind of you! it’s interesting to know what other people have gone through!

I have two children - my first posterior placenta and my second anterior. It’s fine either way. They say movements are harder to feel with anterior but past 25 weeks I felt both fine . With my second birth which was very straightforward I asked to see the placenta. It’s a beautiful organ that your body grows just for the pregnancy - amazing!

18+1 & still have not felt any movement. I do have an anterior placenta so I’ve been told it may...

weeks ago about the fact that I had a anterior placenta and hadn’t had any movements yet I’m 18+3...

last scan 17 weeks it was private and noticed on well being it says placenta location is anterior.....

Hey I was at a scan the other day and they told me a had a anterior placenta and I wouldn’t feel...

I had my 20 week scan today & was told I have an anterior placenta, I realise this...