It’s coming to that time where Im starting to think about the birth of our twin girls due in May.

I always said I wasn’t precious about either C-section or natural birth and would do whatever is best for the babies, but I’m not sure what that is.

I know it’ll depend on their position and the decision may well be taken out of our hands, but any advice from you lovely ladies would be appreciated xx 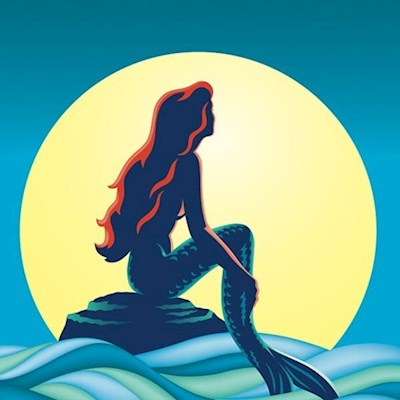 LittleMermaid1
To view profiles and participate in discussions please or .
Read more about...
16 Replies
•

I had an elective c section for my twin girls. I was always leaning towards a c section and then they were both transverse so the choice was taken away anyway.

My worst case scenario was doing both (natural for twin 1 and emergency section for twin 2) so I was pretty relieved to get the section, although the hospital were keen for me to do it naturally if I could.

I have to say the theatre was incredibly relaxed and everything was explained to me as we had plenty of time. The recovery is obviously a little more spiteful and longer, but it didn’t really stop me doing anything. Just keep your painkillers up and rest as much as you can (silly thing to say I know, but rope in as much help as you can).

I’m now pregnant with a singleton baby following my twins and I think I might ask for another elective section as I know it and I like the fact it’s all pre planned.

I hope that helps and good luck. Xx

Thanks so much for sharing this. I think I am also leaning towards an elected section as I’m terrified of an emergency one given stories I’ve heard from other people. I think I’d rather have it planned in to ensure it’s as less stressful as possible. I think I’ll speak to my MW but I do feel they’re all programmed to push natural where possible!

I think they will probably push for you to go natural if babies are heading down, however just stand your ground and say you want the section if that’s what you decide you want. I know I’m going to have a battle this time but I’m just going to stand firm.

Thank you, it’s actually not been that different as a pregnancy, just a bit more tiring with twin toddlers running around 🤪 xx

Lowamh in reply to Kloulou83

I second what Kloulou has said. I was leaning towards c section and told the consultant at 20 weeks. The babies were always breach or transverse at the scans anyway. I was booked for a section at 36+5 but they came exactly a week earlier than planned by emergency section after my waters went at 3am. The emergency section was still very calm, I was admitted onto the ward and the plan was to do the section the next day after 2 lots of steroid injections 12 hours apart, but contractions started and they came that evening at 21:45 instead x

LittleMermaid1 in reply to Lowamh

Thanks for sharing your story. My 2 always seem to be breech and transverse so will just need to keep an eye on them and maybe the decision will be taken out of my hands.

Hope you and your twins are doing well xx

I had an elective c section with our LG, due too her measuring large.

The overall experience was so calm, we was sitting on the bed all chilled, not how I thought we would be knowing I would be going down for major surgery within couple of hours.

The atmosphere in the theatre was just the weirdest feeling ever, the room was full of all different medical staff but the most chilled atmosphere.

Afterwards is very difficult, but just make sure you rest and take it easy and keep taking the painkillers, even if you think you don’t need them, keep taking them x

LittleMermaid1 in reply to Annh17

Thanks for sharing this and for your advice. I think I’m definitely swaying towards c section so its good to hear other people’s experiences xx

I had no choice but to have c section for my twin girls given mine were mcma (single placenta single sac). I'm assuming you are having dcda (2 placentas 2 sacs) which is why you have been given the choice.

I for some peculiar reason was scared of being cut open so I have been losing lots of sleep over the c section...but I was fully informed of the procedure and the atmosphere was calm at the hospital. I did end up having some complications (blood loss) but not everyone does, and ended up being in hospital for just under a week. Recovery was tough but top up with painkillers for the first few days before you even feel pain. If you can just rest as much as possible and not lift heavy things (and babies!) although it will be hard to do

Wishing you a smooth delivery x

How long could you not lift your babies for? I’m not sure I could cope with that xx

I did skin to skin and all that from day 2 (babies were in NICU). You can still hold babies...I just found it hard to lift them out of their incubators/cots. I would say lifting became comfortable after a week x

For me it was always a c section due to my medical issues. And then both girls were transverse so didn’t have much choice, Also Alyssa’s amniotic fluid was low so could’ve laboured for a long time would’ve put her at risk x

Thanks for sharing ❤️

Your welcome. We’re okay thank you. Hope all goes well with your birth x

Hiya, I didn’t have twins but I ended up with an emergency section as baby was measuring large and just thought I’d let you know I really didn’t find it bad. My husband did end up staying with me The 2 nights I was in for which was great just to give me a rest but I was up and about and dressed the same day as I had her. If I’m lucky enough to have another I wouldn’t be put off having another section. Just Thought I’d let you know as I hadn’t really heard many positive csection stories before I went in. Xx

I agree with above. I hadn’t heard of any good stories. We ended up with emergency and I had always been terrified at the thought but actually no where near as bad as I expected and if I’m lucky enough to get pregnancy again I will be requesting one. We were out in two days but they said I would of been out next day if my LG didn’t haven suspected sepsis. When we were home I was up washing and making bottles . Also was walking into town day 5.

Thank you. Good to hear your positive story ❤️

Hope your little one is doing well ❤️ xx

with twins (IVF double embryo transfer) and was wondering whether any of you on here had a natural...

Natural birth or elective section due to complications?! Help!

are asking me to make the decision about what I would like to do for the birth, wether I want to...

Hi loves me again would just like to here some stories on elective c section I'm booked in for the...

Opting for an elective C-Section

partner would make it in time and I could go on... so I have decided to opt for a c-section for my...