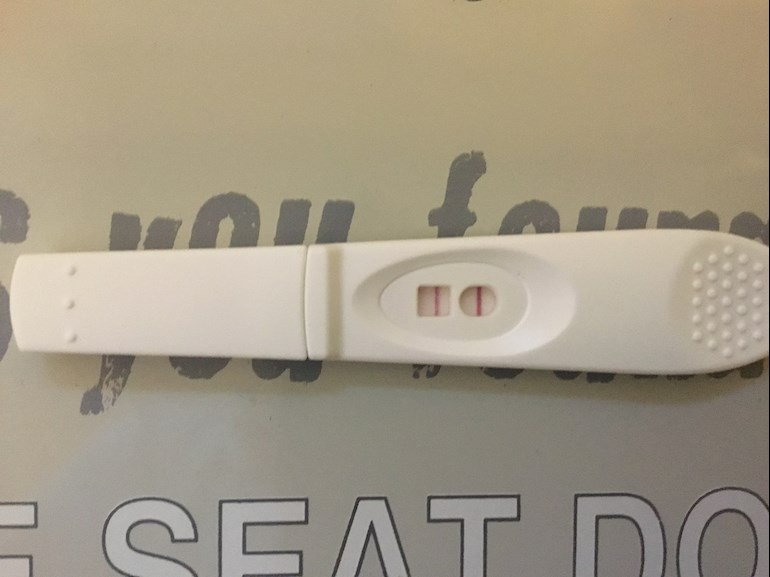 In everyone’s opinion is this a positive ovulation test (boots brand) the information sheet says if the line in the square box is darker or the same as the one in the circle window then positive, would you say the windows are the same?

It’s day 27 or the cycle and the 15th ovulation test this cycle, I normally use clearblue as there’s no mistaking a positive but I have already brought 10 this month and can’t keep paying clearblue prices, so went to boots, it’s the first time I have ever used them hence my unsureness of this result.

When I fell pregnant with 2 year old it was on day 19 of cycle, but for whatever reason this time around it’s so late.

ReBeCcA-90
To view profiles and participate in discussions please or .
10 Replies
•

Hi what’s your normal cycle length? Do u normally ovu cd15? Looks positive to me.

Normal cycle is 33-35 days always has been but last month was different it ended up being 43 days. I expected this month to go back to 35 ish days, but what with it now being day 27 and now only just getting this result means it’s going to be another 41-43 day, not sure why all of a sudden the cycle has got longer buy a week or so! Thanks for responding and giving me opinion Rebecca x

It depends which like is the test and which is the control, I don't know this brand, but the test line must be equal too or darker than the control line for most tests, and the first line doesn't look quite as dark

ReBeCcA-90 in reply to bee_bethell

It’s the first line that’s supposed to be darker, but I agree it doesn’t look as dark. This was Saturday mornings ovulation test, I tested both Sunday and this morning and they look even lighter still Saturdays was the darkest I have seen it. This morning I used my last of the 7 boots test, plus 10 clearblue ones and I am not going to continue to test this month, as it costs too much. Will wait and see when I get my AF. Thank you for responding Rebecca

I know the feeling, I tried ovulation tests for a year, but I went with the cheap ones from Amazon, got 50 in a pack or so for not very much money. Not as cut and dry as the clear blues but they do the same job, in that I could usually tell when I got my +ive. I plumped for a wearable monitor in the end, one big payment at the start, but it was worth it not to have the guess work. Good luck with it going forward x

ReBeCcA-90 in reply to bee_bethell

Thank you so much, I fell first time using clearblue ovulation tests a couple of years ago, so it only costed me £20. I have a feeling this time it’s going to take a lot more as periods at the moment are all over the shops! Thank you again x

I'm not sure about the ovulation test as I didn't use them but I tried boots pregnancy tests and found them to be poor quality compared to Clear Blue, especially as the Boots tests were stating I wasn't pregnant when I was.

I used the Clear Blue ovulation tests and fell pregnant first time so think they're worth the extra expense.

I agree although I’m not going to continue testing this cycle. I will be going to back to clearblue next month just will start later in the cycle. I really rate them as I fell first time with clearblue ovulation tests a couple of years ago! I’m not sure why we went boots i think it was because we had already spent £20 on 10 clearblue that cycle. Thank you for responding xx

This is my first month using the clear blue ovulation test and our first month of trying to...

. Just a ball of nerves . Has anyone used boots pregnancy tests ? I just said I’d give it a shot x I

right for a few days so started taking pregnancy tests. The last few days I wasn’t sure if I could...

When should I take ovulation test?

The past two weeks I’ve been using ovulation strips and the test line was super faint! Today...