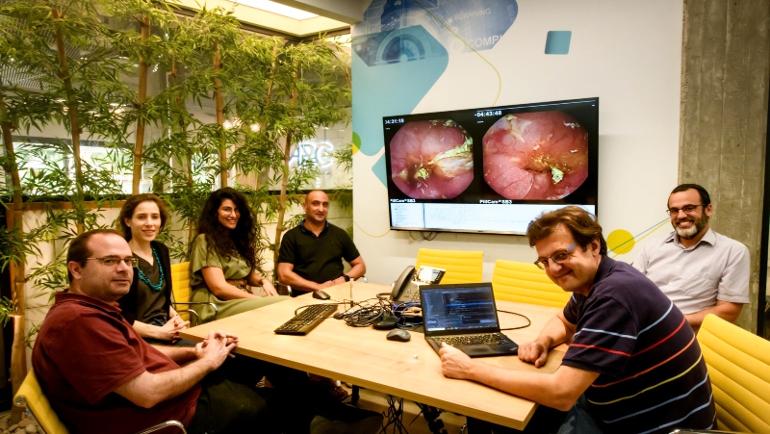 The Intel-Sheba team that developed an AI app for diagnosing Crohn’s. Photo by Ohad Falik

Approximately than half a million people in the United States alone have Crohn’s disease, an inflammatory bowel disease (IBD).

It’s not curable but it is treatable, yet diagnosis is difficult because Crohn’s symptoms are shared by many other conditions.

The app is being developed by the Intel Corporation with the ARC Innovation Center of Israel’s largest medical center, Sheba Medical Center in Ramat Gan.

Using Intel hardware and software, the app scans and analyzes up to 12,000 images taken by a “capsule pill” in the patient’s digestive system, with results in about 2 minutes.

In a clinical trial involving 101 patients, this method proved 86% accurate in image and data analysis compared to 68% accuracy achieved with analysis by an experienced gastroenterologist.

“Predicting the course of the disease in Crohn’s patients is one of the most important clinical challenges in the treatment of inflammatory bowel disease. However, currently available tools are limited and insufficiently accurate,” said Dr. Uri Kopylov, director of IBD in Sheba’s Gastro Institute.

This is the first app that analyzes capsule videos from the digestive system of patients, and by presenting meaningful information to the doctors, helping them to recommend better treatment for the patient.

Could our next superfood be colostrum from cows?