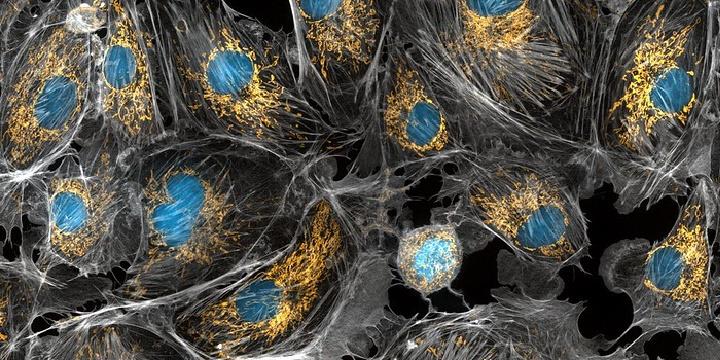 Israeli researchers say they have found a new group of molecules to repair damaged cell tissue in the aging population, often the cause of diseases like Alzheimer’s, Parkinson’s, and heart failure.

In the study, published in the monthly peer-reviewed journal Autophagy, Einav Gross and Shmuel Ben-Sasson of the Hebrew University of Jerusalem presented a group of molecules found in lab models which they say can renew cell vitality in diseased tissues, protecting human cells from damage to maintain their function.

“In the future, we hope we will be able to significantly delay the development of many age-related diseases and improve people’ quality of life,” said Ben-Sasson.

With age, tissues are affected by the dysfunction of the cell’s mechanism to remove defective mitochondria — “the cell’s ‘power plants,’ responsible for energy production,” the researchers explained.

“They can be compared to tiny electric batteries that help cells function properly,” Gross said. “Although these ‘batteries’ wear out constantly, our cells have a sophisticated mechanism that removes defective mitochondria and replaces them with new ones.”

It is this degenerative process that leads to age-related diseases, including Alzheimer’s disease, Parkinson’s disease, heart failure and sarcopenia.

The number of people around the world aged 65 and over is expected to more than double from 771 million in 2022 to 1.6 billion by 2050, according to the UN’s World Population Prospects report.

To start pre-clinical studies to apply their findings in an oral drug, Gross and Ben-Sasson founded the Vitalunga startup, together with Yissum, Hebrew University’s tech transfer company.

“Ben-Sasson’s and Gross’s findings have significant value for the global aging population,” said Yissum CEO Itzik Goldwaser. “As Vitalunga advances towards pre-clinical studies, they’re closer than ever to minimizing the unbearable burden that aging-related diseases, such as Alzheimer’s and Parkinson’s, has on individuals, their families and the our health care systems.”