I have Stage IV NSCLC does anyone have a aching numb arm. It's not painful just uncomfortable. I take Paracetamol for it. 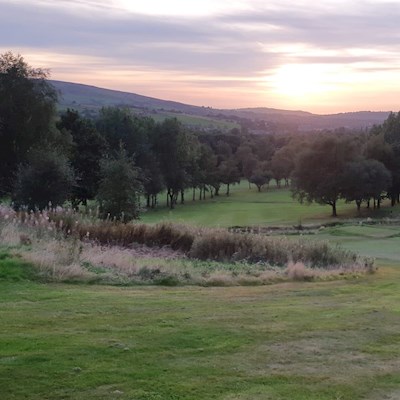 Tike3
To view profiles and participate in discussions please or .
Read more about...
9 Replies
•

Have you discussed this with your oncologist or your GP? Is there any swelling?

I’m concerned because cancer can cause blood clots to form. For that reason you should report any new symptoms to your doctor. Best to err in the side of caution.

Tike3 in reply to Denzie

Hello Denzie, hope you are well.

There's no swelling, just a dull ache, took paracetamol and its gone but your right I'll get it checked. My consultant Dr Summers is ringing me tomorrow so I'll mention it, she's ringing about my last sessions of chemo starting, I hope it doesn't put her off.

I'm very worried the chemo won't have any effect now with me going 8 week between the first two and these last 2, it was postponed you see due to diverticulitis. Should I be worried Denzie.

You look after yourself

Pam - do mention it to Dr Summers - as you'll see in my post I was worried it would put off my bronchoscopy but the registrar simply told me to see my GP! good luck.

Tike3 in reply to JanetteR57

Thanks so much Janettte.I'm really worried she will postpone it again and I'm really worried chemo won't work anymore because I've gone 2 months between the first 2 and second two because of diverticulitis they wouldn't let me have chemo. I googled it and it says the cancer thrives when you miss chemo. You know about these things Jeanette can you reassure me. I feel like giving up.

Never give up - even if our mood can dip - try not to give into that if you can help it.

I've had other queries in hospital when I've had sharp pain on left side above ribs but respiratory/chest physicians weren't interested- told me it was likely 'muscular-skeletal'.

Try not to google - it can scare the pants off you.... if you want trusted website use use Roy Castle lung cancer foundation or Macmillan...

I guess Dr Summers (Yvonne as I know her) will be focused on getting you your anti-cancer treatment as the priority especially if it's already been delayed.... good luck

DenzieModerator in reply to Tike3

Somehow I missed this. What did Dr Sommers say?

A few years after my lobectomy I was admitted to hospital with a chest infection and spent a week in hospital. Whilst there my left arm (had a left lobectomy) was painful, and kept getting pins and needles.

I was booked in for a rigid bronchoscopy a week or so after discharge and mentioned it at the pre-op. The registrar suggested it sounded like a trapped nerve when I said I kept dropping things (I'm left handed) and told me to see my GP. I saw my GP who referred me to a hand specialist but nothing happened for weeks and weeks. I was on a health board at the time and when we were discussing what patients were told about the endless wait for trauma/orthopaedics (which is what my service fell under), I was told they would be told there was another option to 'choose and book' and go anywhere on the NHS even private hospitals. I contacted my GP and after much discussion managed to book an appointment with the private hospital in the August (would have waited until November for NHS).

When I saw the consultant he was from the NHS hospital I would have gone to anyway! When he learnt my history of lung cancer on the same side he said he would do nerve tests but also wanted a CT done in case a tumour was pressing on the nerve. That delayed a few more weeks but thankfully it wasn't and turned out to be the ulna nerve that was entrapped at the elbow. I had surgery to reposition it in the October. They suggested the week in hospital with my arm in one position due to a cannula may have caused the nerve to become trapped. I stopped me driving, writing or using a keyboard and was extremely painful - for which I was prescribed amitryptilene which made me a bit zombie like as I was working in an office at the time.

Last year I started having the same sensations again - and had more nerve tests that show there is still residual nerve entrapment although it was fine for some years. When I told the rheumatologist to whom I was referred to that it happened when I woke up, she suggested it might be the way I was sleeping on it and asked about pillows and sleeping position.

I know this post may seem rambling but just wanted to point out there can often be other causes unrelated to the lung cancer diagnosis that need investigation for the new condition by experts in that condition.

Try and note down when it's worse (morning, night, active, resting, in any particular position, whether it's intermittant pain or continuous as these can all help those investigating with their tests. good luck.

Tike3 in reply to JanetteR57

It is worse in the morning Jeanette, like you say it could be my sleep position or a trapped nerve, it's so frustrating that I don't know if it's cancer related or not.Love Pam

Not everything we have will be cancer related - I found the book 'cancer is a word not a sentence' by Dr Rob Buckman helped me stop thinking that every symptom experienced must be related to the cancer....

severe shoulder/arm pain right arm - had vats lobe to my on same side over a year ago, doctors say...

Keytruda and the side effects

everyone I'm currently having keytruda and have been on it for almost a year. I have in the last...
•
16 Replies

How long before I should see my local hospital doctor

Harefield but have had no referral back to my hospital doctor for follow ups should I have had an...

advised. I have chronic asthma and so am really scared that the treatment may harm my lungs. I have...

Waiting for Pet Scan results, so difficult in coping

recovered from that, today i just got home today from having to have a Pet Scan on the left lung...