Why do those with non cancer related lymphoedema somet... - LSN

In the next of our series Dr Catherine and Anita discuss why those with non-cancer related lymphoedema sometimes struggle to get care. 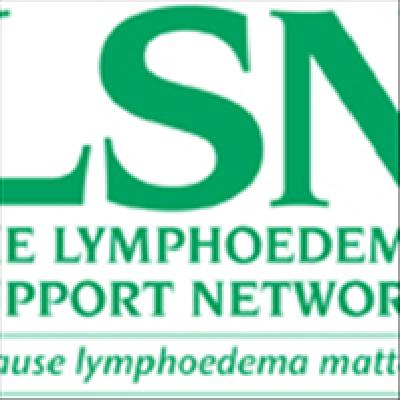 LymphSuppNetwork
Partner
To view profiles and participate in discussions please or .
2 Replies
•

I was diagnosed with primary lymphoedema appt 46 years ago and your conversation hasn’t moved forward with time. Ive only seen a consultant once since my first diagnosis. At diagnosis I was given class3 below the knee compression stockings and then several years later at the next appt ( this appt was because I was getting joint pain) was told I needed above the knee. I couldn’t get them on! So gave up as wasn’t offered any alternative. Whenever I have to go to GP/hospital (fortunately not often) they say your ankles are swollen, once I tell them it’s lymphoedema they shy away.

I have a really bad Lymphoedema on my top half of my left arm following a fall on to a marble floor, which also left me with a broken shoulder and arm.A lot of "treatment" time was lost due to Covid and the fact I was "shielding" throughout as I have a serious heart condition amongst other things.

I'm a former health professional, so decided to do my research. There is hardly any R&D on trauma acquired Lymphoedema. Mostly focusses on cancer related.

Other health professionals I know have told me there is no funding going to the Lymphoedema pot. I guess it's because it's not seen as socially "trending" and an "ugly"looking disease, that many just view as a fat and non-socially acceptable self-inflicted issue.

There seems to be way more information, treatment and support in Germany.

So, eventually, after basically fighting with my GP (as she didnt see it as an issue . . .), I was referred to the local Lymphoedema service and allocated a nurse.

I saw her once, where she measured me for a arm compression support garment, which we found a month later didnt fit at all, not to mention I wouldn't have been able to do it up anyway due to my broken shoulder, I live alone.

Here we are, just under 2 years later and currently still waiting for support number 5, one that fits and is supposedly suitable.

Now waiting for one that fixes to a bra (all ridiculously complicated) but it was me that located this item, not the nurse.

So 4 totally wasted support garments confined to the bin, purely because the nurse wouldnt take my comments on board and couldn't even record the correct measurements. Once OK maybe, but 4 times ???

No wonder the NHS is in a state !

I've now been allocated a different nurse, but my expectations remain low.

Of course, during all this time, my Lymphoedema has got bigger, it's spread and is heavier. It's starting to rub against my body and gets sore and bleeds.

To say I am depressed is an understatement. I feel gross and disfigured, it's really noticeable, and just left high and dry.

I just hate being left, virtually abandoned with this disease.

To me it's worse and way more distressing, at least to me, than my heart issue is, and that's life limiting.

There's no support in my area at all and I've never known anybody else that has it. I feel totally isolated

I saw a couple of online groups, but the few posts that are there, are years out of date by 5 years plus. Where are those members ?

If I'm dead, I'm dead, so be it, but whilst I'm alive, I just want to have my Lymphoedema recognised and treated the best way possible. But I think now it is probably too late for me, as I know I am at stage 3 Lymphoedema.

Does anybody else have similar issues?

Flying with wraps or bandages