My doctor is offering me a choice of these drugs to improve asthma control. I have read some posts that Xolair and Nucala did nothing while others saw great improvements. Please share your experience with these drugs good and bad. Like many of you I am sensitive to many medications and definitely don't want full body hives! Thank you!!! 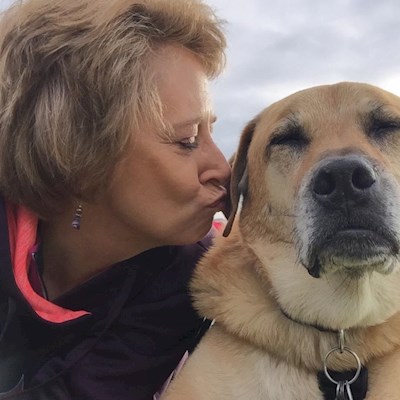 HikesWithDogs
To view profiles and participate in discussions please or .
Read more about...
24 Replies
•

Hi. I was on xolair with allergy shots for two years. And felt so much better. I stopped everything due to cost. Exactly one year later I was back at square one. I have recently started xolair again this summer and I'm feeling better. I have been sick twice due to the crazy weather in Virgina and did not have to go to the ER. For me xolair works and is great. Hope this helps you.

Of these I have been on Nucala and Fasenra. Nucala didn’t help but Fasenra did. Are they both covered by your insurance? My insurance is no longer covering Fasenra in 2019 so my Dr. is writing a letter of medical necessity for me.

I'm not exactly sure if the other injections are covered by my insurance. Since we have found that xolair works and insurance does cover a portion we make finances work. I have also learned by going to the company that makes the drug will have a program to help financially with some of the cost, or they can lead you in the direction as well. I've had ashe's and severe allergies all my life but worse now in my late 30's. It's frustrating there's medications are out there to help us but either insurance doesn't cover it or cost is so high you have to work 24/7 just to barely afford. Good luck to you.

I work for my insurance carrier and pharmacy services won't tell me what is on the 2019 formulary until 1/1/19, which I think is crazy. The only medicine on the 2018 formulary is Dupixent. Thanks for sharing!!

Seriously?!?! I got a letter from CVS/Caremark and called Anthem Blue Cross about the coverage issue in November. Not happy they are no longer covering Fasenra but at least they have the decency to give me notice. Same thing happened when they stopped covering dulera. That time I switched to Breo ellipta.

You likely already know this by now but Carefirst BC/BS is now using AllianceRX (Walgreen's Specialty pharmacy) to provide Fasenra to your doctor to give you the injections. I got the same letter in March of this year after starting Fasenra in December of 2018 and my doctor started me on Nucala which might as well have been a "sugar pill." I took Nucala for 4 months and it did nothing for me. I had to be put on steroids 3 times in that 4 month period.

After going through an insane prior approval issue (they wouldn't acknowledge the initial blood test that confirmed I was well above the required minimum number of eosinophils done 8 months prior), I was able to get Fasenra injections again in October. We have Federal Employee BC/BC through Carefirst but it should be the same for Anthem BC/BS.

I took Xolair for about 8 years and it worked really well for almost that whole time, but the last year my body kind of plateaued and it started not helping (still got sick and had to be on prednisone several times a year). I only had one reaction to Xolair and it was more because the two shots (I got three shots total every two weeks) I had in my one arm where too close to each other and hit something that made my arm swell up. I've been taking Nucala since June, so far it's working - I haven't had to take prednisone yet. I've never taken Fasenra or Dupixent. Insurance has covered both of those. I wish you the best figuring it out.

Xolair has worked miracles for my asthma! My asthma is really bad and Xolair makes a significant difference in the way I feel and the impact of my asthma.

Thank you. I understand as I am sensitive to most drugs too experiencing side effects that are intolerable way before any benefit. I have been taking asthma drugs since I was 9 (45 years) so I have gotten used to the jitters. Best of luck to you!

Thank you for understanding 😊

Fasenra has been a game changer for me. I have been able to quit some of my other asthma medicine. Xolair shows it can cause cancer. I steered clear of that one. Hope this helps!

Great news! That is the one I chose to go with too. I am so glad it is working for you and you got to quit other meds. I am hoping for the same results! Happy Holidays and thanks for sharing!

Took Xolair for a year since Genentech offered patient discount. Did nothing for me except relieve my exercise-induced urticaria. Switching to Dupixent today. The projected age of my lungs is 83 by a recent PFT... I'm 55. Don't let yourself wheeze!! I would live with some degree of wheezing all my life. I didn't know it causing scarring in my lungs.

Thank you for your reply. I am getting my first dose of Fasenra on Friday. How did you project the age of your lungs by your PFT? I am 54 and have has asthma since I was 9. Since being on Advair for the last 20 years, I don't wheeze much anymore. I get the coughing fits I can't get out of, shortness of breath, chest congestion and tightness. I sound like I have smoker's cough yet I have never smoked. There really isn't very good information available to the patient for choosing one of these drugs. I talked to my insurance company today and they told me Xolair is targeting high IgE. Nucala, Fasenra and Cinqair are targeting eosinophils and Dupixent is entirely different because it can increase eosinophils. Thus we have to rely on the experience of others. Thanks for sharing!

Thanks for sharing because I am considering switching to Xolair. I have very little side effects from Fasenra but it isn’t doing much for me either. For about a week after the shot I feel stuffed up and my throat feels hot. I get facial flushing for 2 days and then everything goes back to my normal.

There was a good webinar on the choices on the allergy asthma network website discussing the different biologics. Factors include are symptoms seasonal or directly in response to an allergen where IGE is a major factor, are eosinophils high on blood tests, do you have related illnesses like sinus polyps and others. One day perhaps they will do a test to determine with IL factor is most important in each patient's pathology. Until then, blood tests for IGE and Eosinophils and a patient's symptoms are the best clues. Plus trial and error. I did xolair for more than 12 years, but switched a few months ago to Dupixent as Xolair effectiveness was somewhat waning, and had high eosinophils, we'll see.

Thanks for sharing! Is the webinar still available on the website? I am still on Fasenra, there has been no improvement beyond the initial improvement but I am off Spiriva now and have been approved for allergy shots, so I am hoping for the best! Good luck on Dupixent! My insurance company's pharmacist told me Dupixent is only approved after a failed trial on Xolair, Fasenra or Nucala because it has been found to increase Eos. Did you hear the same?

Yes the old webinars are there. Check out the Type 2 inflammation one and the Nasal Polyps one has good data tables on the biological. As to the pharmacist, each company may have its own requirements, but the key for mine was an EOS blood test showing higher than normal and severe asthma symptoms. Dupixent suppresses EOS so I do not understand the pharmacist’s statement that it increases EOS.

I've had 3 shots of Fasenra & has done no good. Dr. switching me to Dupixent hoping for at least some results. Should be receiving it soon! Does anyone have issues with eye pressures when taking oral steroids? I've got to find something to get me off of them. Last thing I need is to also have glaucoma & lose my eyesight

I hope the Dupixent helps! My experience with Fasenra is it takes more like 5 or 6 shots before it helps. I hope someone can help you with the steroid question. Let us know how the Dupixent works for you.

Xolair vs. Nucala (Omalizumab vs. Mepolizumab)

the body's rhythm than histamines do.

Does anyone on here have experience switching from Xolair to...

What is your emergency action plan?

first time within 15 min. She's to take so many puffs so many times apart and then after a certain...

What symptoms have impacted your daily life the most?

Has your asthma improved or worsened over time?

Respond and reply to others in the comments below!...

Asthma gets passed down by the Neanderthals

mom, dad an aunt or cousin have asthma? You will find that you share that gene. Our only hope is...

Please respond if on monkelust or have been in past...

got so bad I had to try to go back on it again recently.

Please tell me if your own experiences....

Nucala -so far so good

Anyone else on Pulmicort and Omnairis